$5
per month
Join
You will be drowned in awesome sauce. Literally. Drowned :) . Plus all previous rewards.

$10
per month
Join
That's ten lives' worth of gratitude, son! That's nine more than just the one -- it's literally ten times the gratitude!

$25
per month
Join
You will be placed in a submarine and sail through oceans of awesome sauce and also get amazing secret freebies. How bou da? Ya like it, don'tcha! 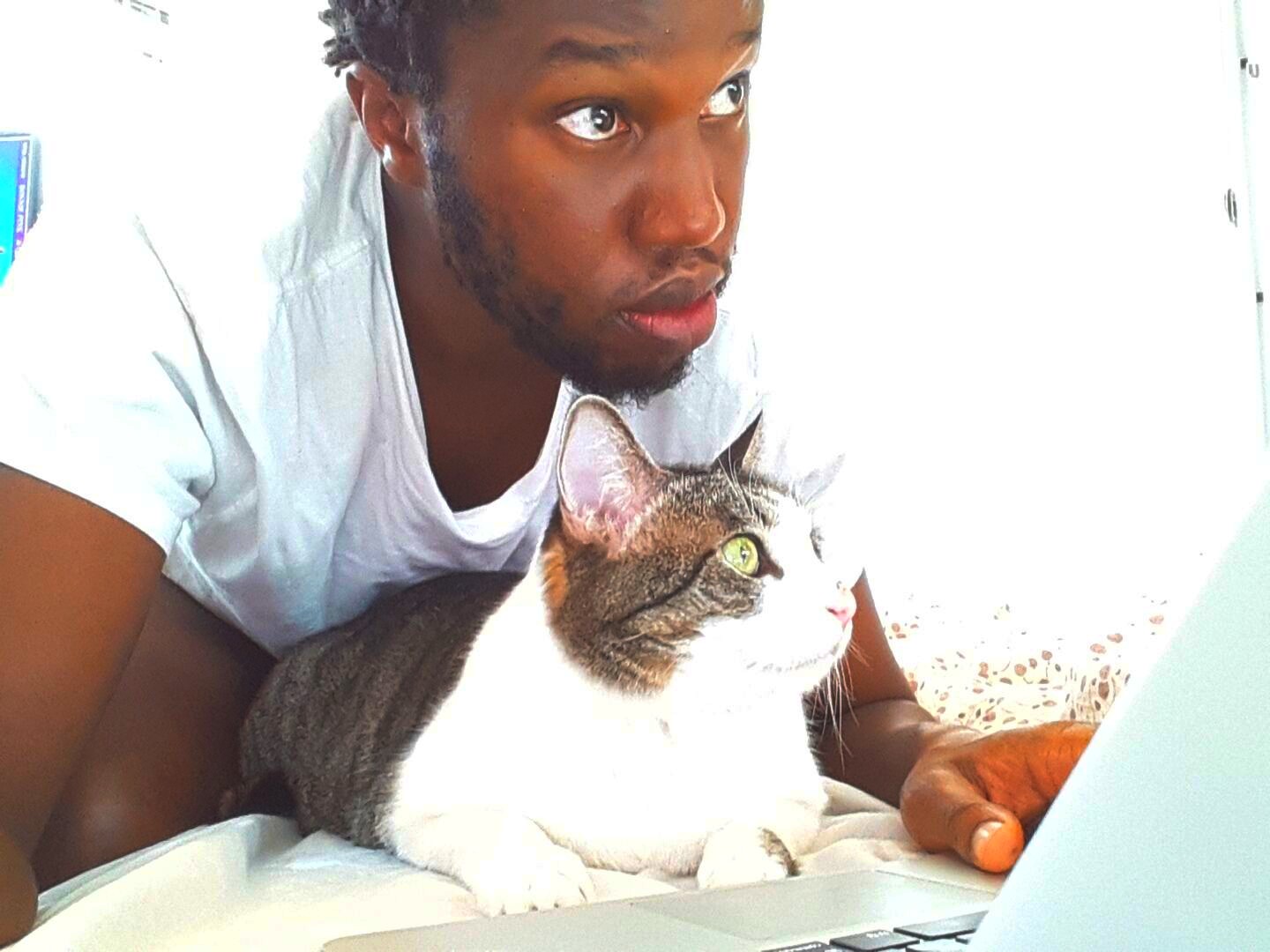 Hey! How's it going? Thanks for visiting! Um...so, I am your host, Khatzumoto. My zits have been photoshopped out of that picture. Let me tell you a little about myself and hopefully some of it matters (lol!)

At the age of 21, all post-pubescent and supposedly past my mental/linguistic prime, I started learning Japanese. Within 18 months, I had learned enough to read technical material, conduct business correspondence and even job interviews in Japanese. I didn't take any Japanese classes and I hadn't been to Japan.

In 2006, I created the website All Japanese All The Time (AJATT) to help other geeks and nerds and cool people and anime fans like you learn Japanese by themselves outside of the school-industrial complex, without taking classes, by having fun and doing things you enjoy -- watching movies, playing video games, reading comic books—you know: fun stuff! Stuff that you feel guilty about doing because you should be doing “serious things”.

Running the AJATT website takes time, money and energy. All of which I am very glad to spend, labour of love, blah blah blah. Hahahaha. No, but seriously, my goal through Patreon is elevenfold:

Up until now, I've accomplished all of that by selling products on the AJATT website, as well as doing tons (tons!) of translation and consulting work. This is good, except it isn't. It's highly flawed. Let me 'splain.

Firstly, all the translation and consulting work is all proprietary and protected by non-disclosure agreements, so I can't share any of it with you or anyone else ever (I mean, I could, but there are serious legal and social consequences for breaking NDAs, plus it's a jerk move); it also takes huge amounts of time and energy away from AJATT.

Secondly, selling products on AJATT forces us (me and the people who help me) to focus on projects that have the best chance of maximizing short-term profitability -- whatever we do has to make money now, not in one, two or ten years. To add insult to injury, if you know anything about how selling product works, you'll know that we have to spend about 80% of our time and energy marketing the product and only 20% of our time actually making and improving it. That's literally how product development works. 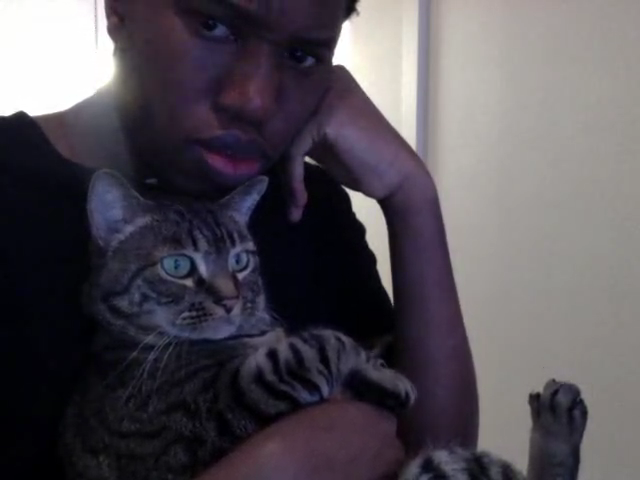 So I have become a sort of click-baity hypocrite, courting excitement and controversy and talking about how awesome something is while not necessarily having the time or resources to make it as awesome as it could be, sort of like a person who writes about freedom and yet literally owns his wife's sister *cough* Thomas Jefferson *cough*. The need to market puts us in a permanent state of compromise. Now, some compromise is good, necessary and even helpful -- if we had infinite time and resources to do everything, we'd literally never get anything done -- but too much compromise is too much. My hope is that your support through Patreon can bring some balance back to the Force, as it were.

Maybe I'm a spoiled, selfish attention whore (you're all: "maybe?"), but I'm also a maker at heart. Not a marketer. Not even an interesting person. Just a maker. That's why the AJATT website has oodles of free content; it's why the ground-breaking spaced repetition system Surusu remains free. It's why all those courses are free. Your support through Patreon will allow AJATT to be more like HBO and less like terrestrial network TV.

Let's make AJATT HBO again :P #MAHA Wait, what? HBO? What do I mean? Well, HBO has produced shows like "Westworld", "The Sopranos" and "The Wire" (all of which you can watch in Japanese, by the way, either through a cable/satellite TV contract, streaming or DVD releases). Meanwhile, network TV has produced...mostly crap, and even when it doesn't produce crap, it cancels it or fires the best writers or puts pressure on it that warps the creative direction and energy into something awful. Think: "Prison Break" after season 1. Think: NBC cancelling "Star Trek" and leaving fans in the dark for 20 years.

It's not because network TV executives are evil or stupid -- they are neither -- it's because they have to maximize ratings = viewership = advertising revenue right here, right now, today. It's a structural problem, not a moral problem: their business model doesn't really allow them to make art, to focus on depth, to make anything of long-term value -- in fact, it punishes that kind of behaviour.

And that, my child, is why "Arrested Development" is gone but "The Big Bang Theory" lives on. (The people who make TBBT are good people. Nice people. Better people than me. It's just...the jokes are utterly pedestrian).

You can tell that I've watched entirely too much television over the years.

HBO (and Netflix) have been able usher in and expand our current golden age of television because they depend on the reliable, recurring support of their subscribers, rather than the unreliable, unpredictable, flaky, interfering and (frankly) iatrogenic whims of advertisers, sponsors and investors.

In other words, our aim -- mine and that of the awesome people who collaborate with me -- is to create content that's fun and weird and cool and deep and interesting and edifying and educational and just plain (and I apologize for continually using this word) awesome. That stands the test of time, not just the test of what will instantly sell.

Your support on Patreon will allow us to do that by taking instant profitability out of the equation and putting it where it belongs, firmly on the back burner. Money is good. Money is useful. But money needs to be put in its place, structurally speaking. Money should encourage creation, curiosity and experimentation not constrict or curtail it. Money should serve projects; projects shouldn't serve money. Money should power the car but never steer it.

Gosh, I'm sorry for sounding so pretentious and hipsterish but, yeah, that's what I really think and, yeah, I'm really grateful for your support. Thank you so, so, much!

Remember, this is totally a do-what-you-can-how-you-can thing and you are under no obligation to become a patron. But if you don't, you'll literally be committing multiple acts of animal cruelty (you saw those cats!). So...yeah...definitely something to, you know, think about... :P

13% complete
Upon reaching this goal, we’ll start a special podcast series where we get a rotating cast of three Japanese guys in their twenties/thirties to sit around eating pizza and having real, raw, unscripted conversations with each other about nothing and everything. Your Patreon contribution will also pay for the for the time and food for these the cast, as well as for the convos to be annotated and transcribed.

We've actually created something like this before: it is a two-volume series called "Manpanese: Real Man Japanese". Where Manpanese was a one-off, however, this new podcast series will be ongoing.