Alakotila is creating content you must be 18+ to view. Are you 18 years of age or older?

-See a monthly exclusive sketch or mini comic! These are usually Spidersilk, but may include characters from any comic of mine.

$3
per month
Join
- Read 2+ months ahead for Spidersilk with page roughs! If you like seeing page process, these WIPs will give you a good look! (And if you like lore, there are over two dozen short stories archived in this tier!)

(You can also view updates in the tiers below this.)

- If there is no concept art for those comics, I will post a Fell Swoop snapshot instead.

(You can also view updates in the tiers below this.)

First of all, you likely had to click that you were 18+ to access my patreon, and this is because I have one NSFW tier. My comics have some language, violence, and sexual themes, though are typically not sexually explicit. If you don't want to see such content, you can pledge at any tiers from $1--$7, as the NSFW art will not be available outside of the $10 tier.

You are probably here because you read one of my comics, but if you aren't familiar with them or would like to read a bit about them all, please keep reading!

Details are included in tier descriptions, but if you have any questions, please let me know. Some of the tiers are exclusive to patreon, and most have a deep archive of posts for you to look through if you so choose. However, the NSFW tier art will begin getting removed so that only eight months' worth of art in that tier is available upon pledging (though you'll still have access to updates in the tiers below it). 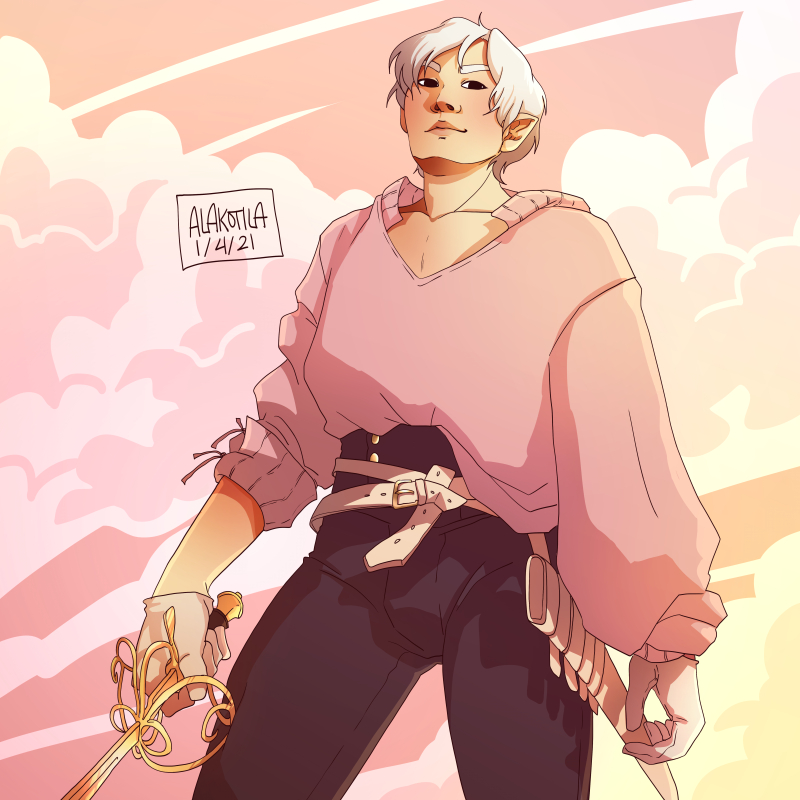 Prentice and Orestes have left home, never able to return. Both are former warriors, but after stopping in Kalviva they find themselves falling in with the bustling thieves guild. There, Prentice finds friends, camaraderie... love. Orestes finds the structure and routine he misses.

Just as Prentice and Orestes are getting their footing in their new lives, things start going sideways. The thieves guild system isn't as stable as it boasts, and outside forces are slowly picking apart its defenses.

Spidersilk has over 500 pages ready to read, all free, at spidersilkcomic.com! If you like games like Dragon Age, I think you'll like Spidersilk. You can also read it at tapas.io/series/Spidersilk 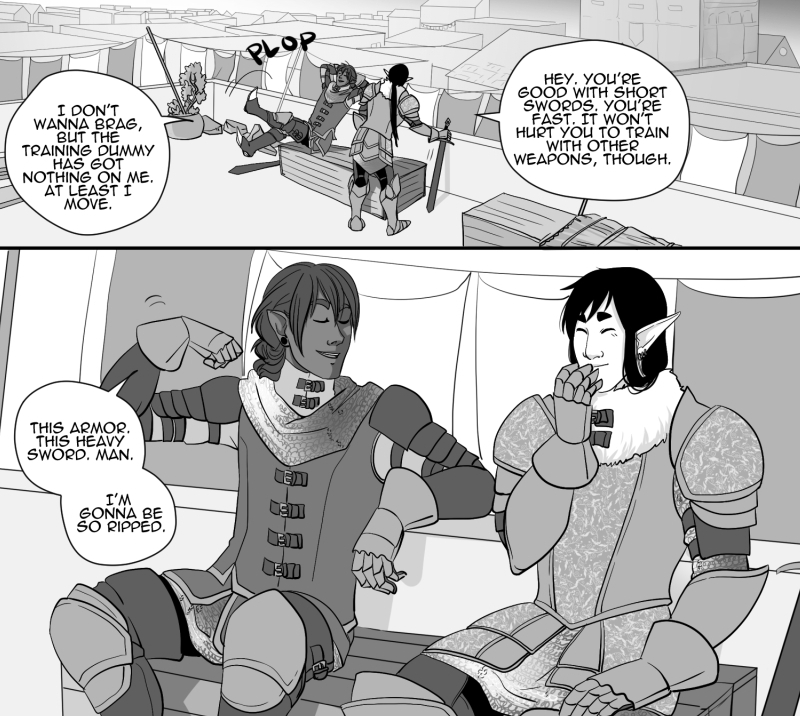 Falkner made a deal with their parents to give up on their dreams if they were not recruited for an airship crew within ten years. After ten years of working as a caravan scout, Falkner makes good on that and pursues something within the city limits. However, that very thing leads Falkner right back to their dreams. 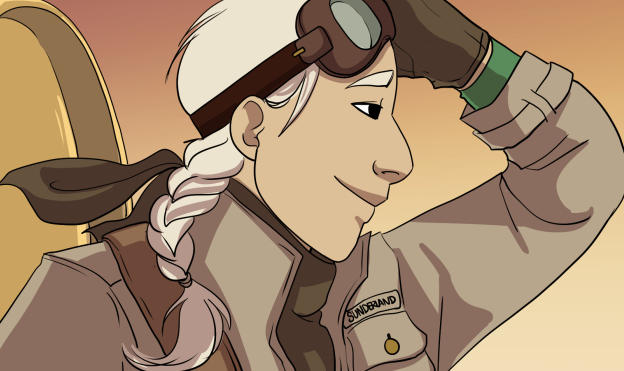 A medic and his team encounter a lone scavenger foraging in the ruins. After an attack on the mission party, the pair find themselves alone and drawn to each other, despite the masks they each wear.

This queer space fantasy romance is complete! It can be read on WebToons or tapas.io, and will soon be available in my store (with 20 extra pages and edits!) You can get the PDF here. 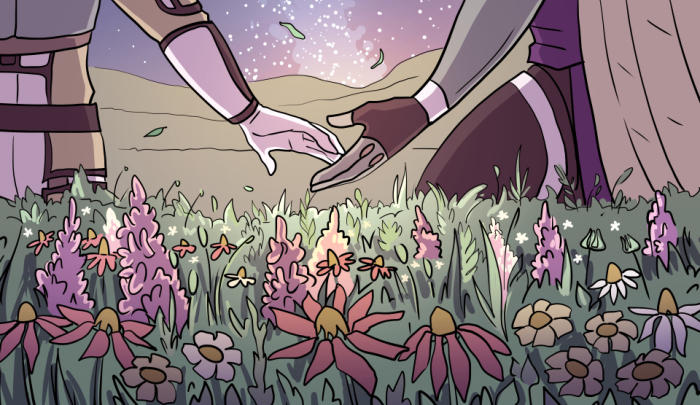 He Took Me to the Stars

Chan-hwi and Malin had their hearts set on the stars -- as kids they played spaceships, and as teens they applied to flight school together. However, Malin and his family vanished without a trace, leaving Chan-hwi with nothing but questions. He ultimately found his way back to his dreams and the stars. On a routine mission, his cargo shuttle is taken by a raider ship, and things get complicated when he learns Malin is on board... Soon, he is wrapped up in much more than he could have imagined playing spaceships as a kid.

At the heart of this story is childhood best friends reuniting in a hopeless place, working out how they fit in each other's lives again, and falling in love.

This is so fresh I have little to say, but back burner patrons WILL be getting some character art soon! This will be shorter than much of my work -- around 100 pages complete -- and will be a romance with adventure and action. I pulled together some concepts from my sketchbook, including this character I have been wondering about since I sketched him in November of 2020.

Because other projects like Spidersilk will take priority, I can't guarantee updates for this project outside of the back burner tier. Pages will appear only on patreon until I have a page buffer. 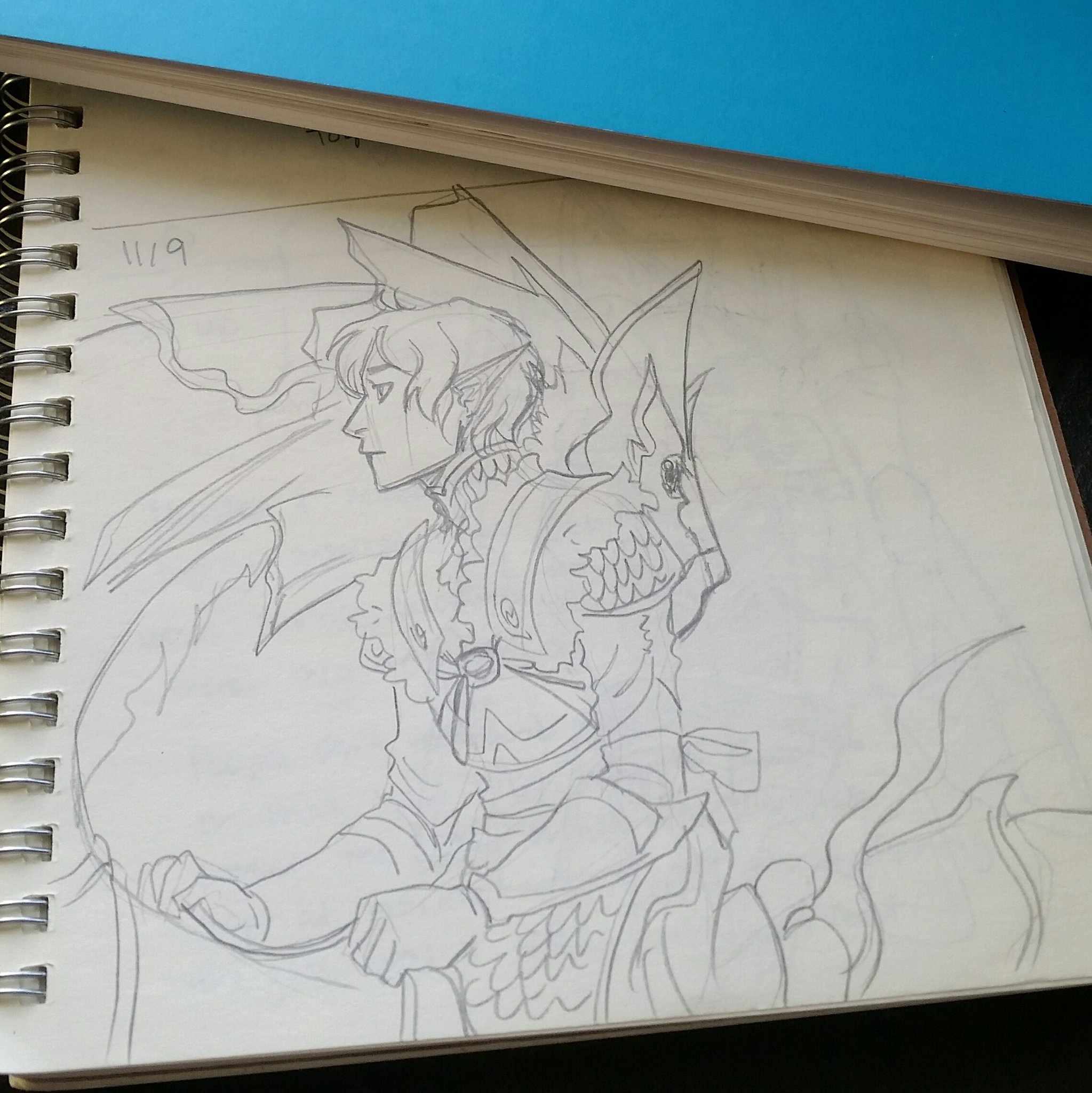 I also make coloring books, and both are available in my store! Though I do have plans for a new coloring book, I haven't begun work on it. The back burner tier ($5) would be where this information and sketches are released.

Pledging here means rewards such as early views on comics, behind-the-scenes concept work, and exclusive sketches or stories -- those are things your individual pledge bring you each month. The pledges combine to an overall total, which will unlock earlier comic updates for everyone! Ideally, I'd like to spend more time on my own comics, and Patreon support plays heavily into this.

Your support here means a lot, and it means I can keep creating even more comics!