Give Some LOVE, just because... 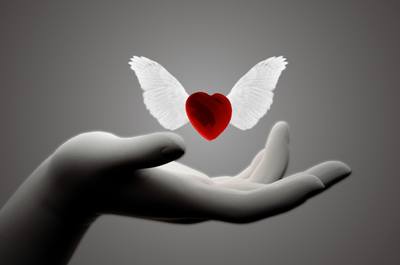 $10
per month
Join
As an artist, I give from the heart, and I give a lot, through music, recordings, albums, performances, live streams... If you want to  support me, because you love music, this is the way to do it. By donating a little a month, you show that you care. You show that you care about music and it gives me a chance to create more songs, albums, music and abundance

Get a live video a month 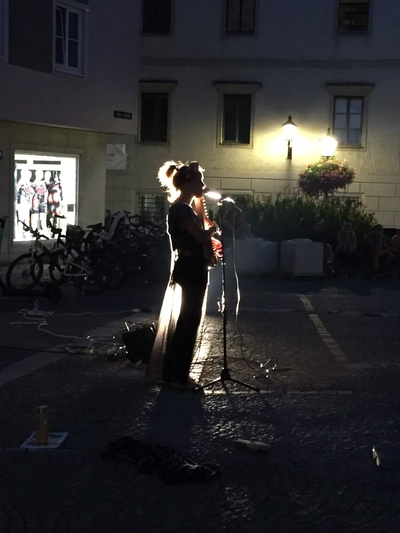 $13
per month
Join
Get on a live video with me, where I will share what I am currently working on, and play you a song 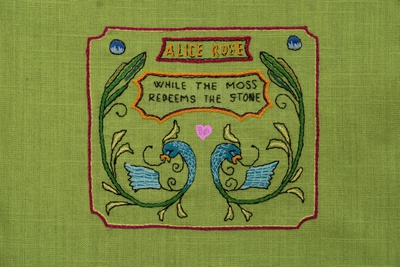 $32
per month
Join
Get my latest album before it is finished.

I am Alice Rose, a Danish singer-songwriter, artist, performer and music producer. I have been an active musician since my early childhood, and it is my main modeof creative expression.
Coming from a musical family, I started playing violin and singing in a church choir early on. I later studied jazz and classical music but dropped. The pressure of being a "serious" professional musician wasn't for me. I wanted to play and create, not play the 2nd violin in an orchestra. So, I spent some time pursuing theatre and acting in Berlin and Prague, and I joined my first electronic band in 1996. We toured and made an album, and I started writing my own songs. I got my first keyboards and drum machines, and combined both with my voice and viola playing.
During the early 2000s, I performed eclectic live performances all over Europe. I loved dressing up in a nurse costume, or singing my dream-pop "country songs for broken hearts" with a cowboy hat and funky boots. I was inspired by artists like Massive Attack, Portishead, Bjork and Pink Floyd, and I felt that my music was healing the audience.
I co-produced my debut album in 2006 with a variety of music making friends, and I went on to release albums, singles, and EPs after that (see discography below). I was playing within both electronic music and the singer-songwriter genres. I loved performing, playing with electronic instruments and drum beats, and I produced house music under the moniker, Tiger Rose.
Techhouse producers would often ask me to sing on their dance tracks, and I became a featured artist in house and techno music.
It wasn't until 2015 that I could actually make a living playing music. I set myself free by hitting the streets to play. Inspired by a friend who was living off his street performances, I went. Wow, it was daunting at first not knowing what to expect! But it worked! I played with my electronic equipment, loopstation viola and voice, as part of a duo with my friend and I started playing with an acoustic set up on my beloved autoharp.
On the streets of Amsterdam, Copenhagen and Berlin, I became a known musician, and I could pay my rent, doing what I loved. On the streets, I met people, got fan mail, and hugs and kisses from strangers. I played in festivals and was invited to play concerts in private homes, clubs, and venues. It was wonderful!
At the same time, I started a spiritual journey travelling through Asia. I met gurus in India, went to dance and tantra workshops in Thailand and India, and played at contemporary dance festivals throughout the world. Performing live became my whole life. In 2019 I won a Golden Buzzer at Denmark’s Got Talent, and went on national TV, and exciting adventure in a parallel universe.
Now I maintain a base in Berlin and one in Koh Phangan, Thailand, where I was playing music when the Corona pandemic started. Now, nearly one year later, I am still here discovering the freedom in creating, writing, playing, recording, and living a beautiful life. I have a home studio setup, do a few live stream videos, and am about to play my first online concert for a worldwide audience.
I do miss family and friends and plan to head back to Europe as soon as the pandemic situation is under control
Check out my Music here:
www.alicerosemusic.com
www.facebook.com/alicerosemusic
www.instagram.com/alicerosemusic
www.youtube.com/alicerosemusisc
www.soundcloud.com/alice-rose