Alx is creating content you must be 18+ to view. Are you 18 years of age or older? 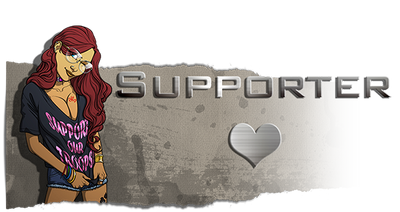 Supporting the troops is important. Their voice give is the fuel the troops run on. 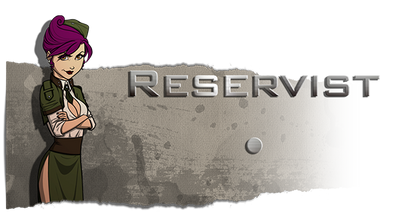 The reservist might not go all in, but they are ready to go to the front in time of needs. 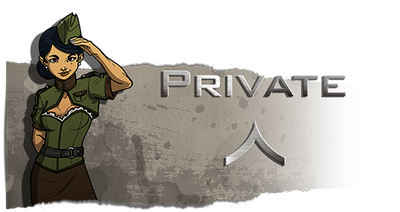 The Backbone of the army. They are the fighters, the masses that move the mountains. First in lines, they believe in the cause, will support it and spread the words.

Whether you become a Patreon supporter or not, I hope you still enjoy what I create, but if you pitch in I can make more art more consistently (and you can pick up some cool perks along the way)

I also have a development blog, but I update it rarely. Patreon is really the best way for you to keep informed about my work.

Btw, You can hide your pledge, so that nobody would ever know you actually support me ^^ I know right?!

Before we go any further, a little disclaimer:

First, I’m an artist, not a game developer. While I do produce games, those are not my only interest. Please, keep that in mind if you decide to join because you enjoyed one of my game.

Also, Patreon is a tip jar, not an investment site. Supporting me help me spread the joys of smut all over the net. Even the smallest donation help, and I truly appreciate it, but I remain in control of my production. Still, I enjoy feedbacks and do pools to help me get my fingers on what you guys want to see.

Finally, but most importantly, the vast majority of my work is fan art and parodies. That being said, despite whatever source material I use, all characters depicted are, and always will be, 18 years old or older and look the part. My games and images are free, and for adults only. They are works of fantasies and made for recreational use only.

This is finally completed!

This is the sequel to my game parody “Gargoyles, The Beast and the Bitch”.

After the events of the first game, you moved in with Fox, where you can have your way with her anytime you want. Still things are never perfect and you now have your eyes on the beautiful cop, Eliza Maza. To help you in this quest Fox invited her for a romantic date at home on night full of twists and turn, lust and dangers...

This game is about four times bigger than the last one, with multiple characters to play with in different combinations. It may me a short play through, but I can guaranty that you won’t have found everything until you played for a few hours. It’s fun, sexy and full of replay value.


While Rose is getting claimed by her master, Rey in meeting with general Leïa Organa and learns a hell of a lot about her past life with Chewie.

Completed Games
The Beast and the Bitch


Play as the gargoyle Bronx, and force, sneak, or woo your way into getting what you want most from Fox. Multiple endings, achievements, and scenes in one game.

Follow ups to Star Wars, a complete guides to Wookiee sex
I have written down 3 other script for that series that I wish to see completed asap ^^

X-Men,
Based on the current series of comics, Jean Grey and Emma Frost are inspired by their new island paradise to... humm.... live a little.

Those are only the one that have been written down in script form. I have hopes for the MCU and DCEU, as well as more Gargoyles, Lost Girl ( Team Tamsin forever!) and StarTrek. Basically, everything I like might end up as a comic at some point.

You can select your own amount yourself and can cancel your pledge at any time. It is very transparent.

Since I’m working on a shitload of things at the same time and that games and comics take time to create, I’ve chosen to use a monthly form of payment. And I hope that you fully trust me to work as much as I can. But this also has the advantage for you to know exactly how much you will give month and be sure not to bust your budget.

Because people are asking, yes I’m still taking commission from time to time. Although I don’t take alots. I mostly do it when I need a change of pace from Comics or Games. So you can always contact me about them, but there’s a good chance that I’ll answer that I’m not taking any at this moment.

The price starts at 175$ for a pic ( it represent usually around 8 to 10h of work )
then I add about 25$ of each additional hours I estimate the pic might take me.
There's also a 30% surcharge on the final price for private comissions or any picture I cannot use on my Patreon.

I'll need a description of what you have in mind. you can be as vague or as specific as you like, but it is your responsibility to write down clearly something you'd like to see. I'll then be working on the sketch, The sketch is the appropriate time to make any major changes. Once it is done and approved, I will fixed the final price.

Once I get that payment, I'll be working on the final version. at this point the only minor changes that can happen are things like changing the color or the hair, nothing in the actual drawing, unless something has dramatically changed between the sketches and the lines (which almost never happen ). I'll send you a smaller res of the final pic for approval, and when I get the rest of the money, I'll send you the final pic full rez in all it's glory ^^

The restrictions (subjects I will not draw):


- No child/under-aged characters. not in the action, not in the background, never... if you want a specific character like Hit Girl as an exemple, you will have an 18 to 20 years old Hit Girl, with full breast and all

- For celebrities, I will do fictional characters but NOT the actors... which mean that I will draw Black Widow as she look like in the Avangers movies, but not Scarlet Johansson being fuck in a dark alley, the difference is subtle but important for me.

Other than that, fire away!
Alx