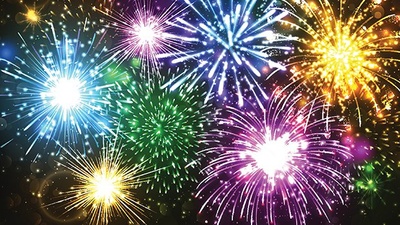 I'm an author, journalist, columnist and failed indie rock star. I live and work in Adelaide, Australia, although when I first wrote this bit "Adelaide" was spelled "Sydney", and I've written two books on politics and one on music, as well as writing for the Sydney Morning Herald, the Guardian, the ABC, Rolling Stone, Cosmos, the Monthly, Time Out, NME, Elle, and pretty much anyone else with a freelance budget.

Following the release of my most recent book The Long and Winding Way To The Top: Fifty (or so) Songs That Made Australia I've drifted back into writing about music, at least for the time being. But a part of my heart belongs to the noble art of getting snarky about politics, as befits my first two books - The Short & Excruciatingly Embarrassing Reign of Captain Abbott and The Curious Story of Malcolm Turnbull: the Incredible Shrinking Man in the Top Hat.

Until the mid-2017 cutsapolooza of both staff and contributors at Fairfax I had a column in the SMH called View from the Street, which was essentially a left-leaning rant about Australian politics written by someone that likes people, likes Australia, and feels like Australia could be doing a hell of a lot better a job at looking after people generally.

And you know what? I miss it. And according to the emails and messages I get, other people miss it too. And in these often grim times when it seems that conservative voices control the public narrative, sometimes it's good to yell through the darkness and, hopefully, give some clues to a better and more equitable way of doing things.

So I have reinvented it - or at least something sort of like it - as a subscriber-only at-least-twice-weekly newsletter-slash-column for a mere $3 a month. (That's US$3, just to be clear.)

There may well be swears. There will almost certainly be embedded Guided by Voices videos. There may be photos of my young sons being adorable, because by thunder, they are the goddamn best.

And if you thought View from the Street was informative and funny and gave you a skerrick of hope for the future of Australian politics, then that's very much the model. If you didn't… um, this might not be the Patreon for you. But thanks for popping by.

So thank you, dear potential and current patrons. By signing up to this you're helping to get some ranty, lefty screeds out into the universe, and I'm deeply flattered and insanely grateful.