Creating A Comedy Club that survives, thrives and supports comedians

Buy Us A Cup Of Tea Tier 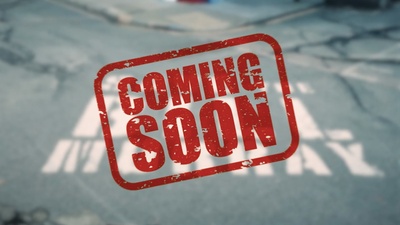 You'll ALSO become part of our community and we will send our regular free ticket offers, priority booking opportunities for some of our biggest acts and early news on things like our magical rooftop gig and of course other updates and let you know how we are getting on.

Buy Us A Pint To Keep Us Going - Tier 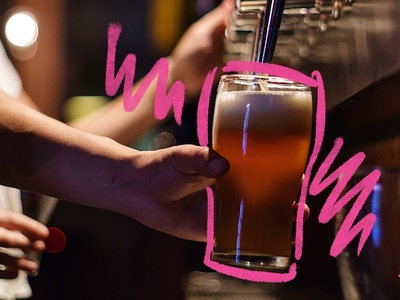 ALSO by being a part of our community we'll send our regular free ticket offers, priority booking opportunities for some of our biggest acts and early news on things like our magical rooftop gig and of course other updates and let you know how we are getting on inside and out. 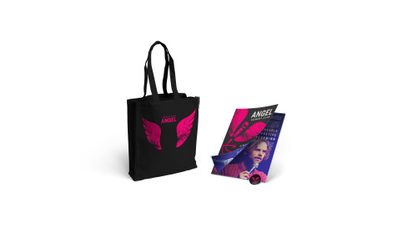 You'll get all of the rewards of previous tiers, exclusive access to the sitcom and all the other bells and whistles, and ALSO - you can come by the club (that you help keep alive) and pick up a free beautiful tote bag, an angel comedy badge, and an angel comedy zine.

You'll ALSO become part of our community and we will send our regular free ticket offers, priority booking opportunities for some of our biggest acts and early news on things like our magical rooftop gig and of course other updates and let you know how we are getting on.

But thousands of Audience Members, Comedians and people who care about comedy helped keep us alive - and it made us realise that we're a business built on community - but also that we need support to survive year-on-year.

We run a profit-share business - sharing our profits with Staff, and allowing any profit to subsidise shows for audiences and income for acts.

Because we’re basically run on karma (kindness into the world and supporting, as much as we can, the comedy community and our local community) we deliberately keep our prices and our “take” low ….. we do ask supporters and fans of the club and our business model to support us (We also offer some tasty rewards as "thank you"s for their support and belief in us and our crazy enterprise)

Part of Angel Comedy's commitment is to give a fair deal to Audiences and Acts alike.

For Acts
- We give 75% of Show and ticket income to acts (Industry average is 50%)
- We offer show slots to ALL acts - whether brand new or Eddie Izzard (We're one of only 2 clubs in the country to do this)
- We offer affordable tickets so some of the biggest comedy acts in the world.
- We give more stage time to acts than any other club in the country
- We offer free writing and comedy workshops for anyone who would like to start performing with us

The good news is that all it needs is a little support.

The Price of a cup of tea a month is plenty

"This is the perfect comedy club" Eddie Izzard

Angel Comedy runs 7 nights a week in Angel, Islington, with a LOT of free shows, but it also  has bills of Stand up, Sketch, improv from new and established performers.

Angel Comedy provides a stage and work for more comedians than any other single venue in the country. It is totally independent and community funded. It gives a stage to everyone from Eddie Izzard to people doing their first ever stand up gig. Something that no other venue in the country can claim. And it puts on FREE shows every single night of the week, FREE workshops every week.

Support Angel Comedy and the rewards will be manifold - not only will you help a one-of-a-kind and community focussed venue stay alive, but you'll also be part of a community and will have get insight and extra footage and material that others just don't get to see

£5000 ($6,100 dollars) a month will help us to run the venue, pay most of the rent and electricity and gas. Which is more than this amount (especially after VAT and Patreon Fees) HOWEVER, this is the amount that we can presently survive the next few months with - given our limited reserves)

As an independent comedy venue, The Bill Murray and Angel Comedy get no external funding. Yet, we run free comedy workshops, free comedy shows every night of the week and offer free rehearsal space for comedians and members of our community.

Every year we offer stage time, training and paid gigs to more comedians than any other comedy club in the UK.

We provide a unique community-focused venue providing opportunities across the industry including new talent, as well as offering audiences a chance to see some of the biggest comedians in the world.

Reaching this goal through your support means that we are able to to open our doors to the community again once live performances become safe again.