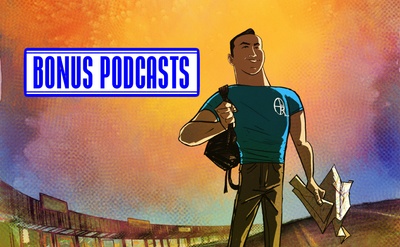 $1
per month
Join
or save 16% if you pay annually
Extra episodes not available anywhere else! Current: Steph & Anthony on Lois & Clark and Digging for Justice. Past: Digging Deeper, Flat Squirrel/Fat Moose Team-Up Hour, and more. 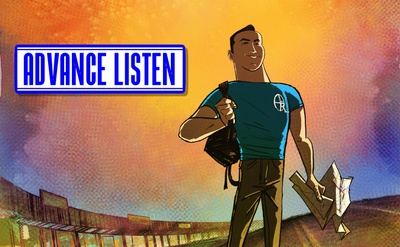 $3
per month
Join
or save 16% if you pay annually
Early access to episodes! I will post select podcast installments (depending on the recording schedule) BEFORE they are released to the public. Approx. 1/mo. Also includes all lower-level rewards. 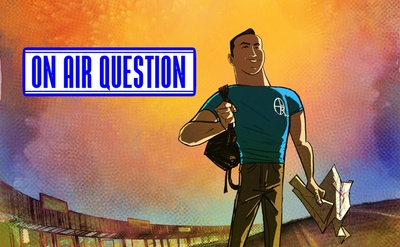 $5
per month
Join
or save 16% if you pay annually
Make your voice heard! In advance of episode recordings, I will put out a call for questions. Submit your question, and I will ask it during the episode! Also includes all lower-level rewards.

For over a decade, I have been chronicling the business, culture, and fandom of comic shops through documentaries and podcasts, beginning with NY's Alternate Realities.

During law school, I shined a light on AR's colorful cast of characters in my debut film, My Comic Shop DocumentARy (watch free), which played at film festivals across the country and garnered press in multiple media outlets, including The New York Times. I followed that film with the spinoff short By Spoon! The Jay Meisel Story (watch free), the tale of a curmudgeonly comics vendor's last stand.

When Alternate Realities closed, I launched the My Comic Shop History podcast to eulogize the store from the perspectives of past and present owners, customers, and employees. Subsequent seasons tackled collecting, cons, and more. Listen and subscribe via your platform of choice. The show will sign off with a special quarterly farewell event in 2023.

My latest documentary film, My Comic Shop Country, secured funding through a successful Kickstarter campaign and is now streaming on Apple TV, Amazon, and CuriosityStream.

Toward the end of 2020, I launched Digging for Kryptonite: A Superman Fan Journey, an exploration of the Man of Steel across time and media. Almost 100 episodes later, the award-winning podcast continues to examine, discover, and reconsider the creative visions that have shaped Superman. Listen and subscribe!

In September 2022, I began hosting Summoning the Zords: A Power Rangers Fan Journey, focusing on the legendary Mighty Morphin era of the television series as well as the current BOOM! Studios comics that have refined the franchise. Listen and subscribe!

September 2022 also marked the launch of Another Exciting Episode in the Adventures of Superman, a rewatch podcast chronicling the classic George Reeves television show of the 1950s. Listen and subscribe!

Members of this community have access to exclusive podcasts, never-before-seen documentary footage from the cutting room floor, and more. Your patronage helps me cover my podcasting and filmmaking costs, which consist of hosting fees (to store the episodes' digital files online and distribute them to podcast platforms), research material, and equipment. Beyond that, I truly hope to connect with my audience to an even greater extent and make everyone feel like they are a part of something.

If you have enjoyed watching and listening to my work, want to help that work continue, AND think it'd be cool to get additional, exclusive content, I hope you will consider becoming a patron.

THANK YOU. No flat squirrels here!