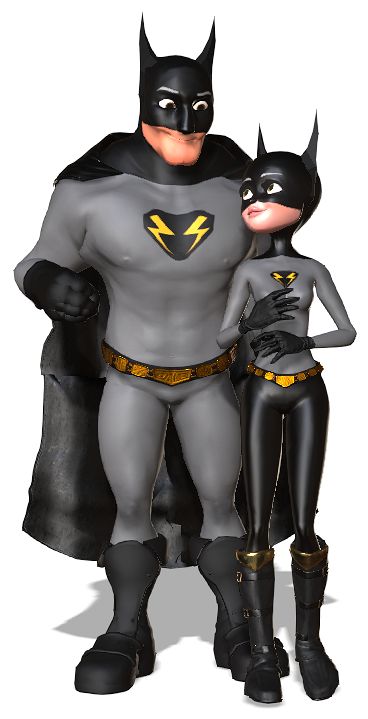 Would you like to see an ongoing, animated series of parody superhero characters who fight crime in between children's parties appearances? Do you enjoy animated comedy shorts?

If you said yes to one or both of the above then we could well be friends. I am artist/animator/writer/video producer, David Arandle, also known as TET (The Extraordinary Tourist), and Art Time Productions is the home of my creativity. This Patreon is here so you can be a part of my personal animation projects that have no chance of existing anywhere other than as independent web productions because I want to make 'em my way!

Bat Storm is my comedy series of Cosplay superheroes who moonlight at fighting crime, on a tight budget, while having to contend with actual superheroes, who don't take cosplay heroes seriously at all. These superheroes work from their kitchen table, and catch the bus to crime scenes, because that's how it's done in the suburbs! Comedy Shorts. While Bat Storm is my major, ongoing animated series, I like to take a break every now and then and just work on small, animated comedy shorts for my own amusement (and your amusement too). It's not uncommon for these shorts to become continuing sagas themselves because I love revisiting characters and the situations they find themselves in.

While I can do much of the production work myself, I can't do voices (well I can but I don't have the vocal range to voice every character). Your financial support will allow me to hire voice actors, and potentially any other assistance I may need in order to keep bringing you my brand of animated comedy.