is creating Film and Music Video in Airline Toilets 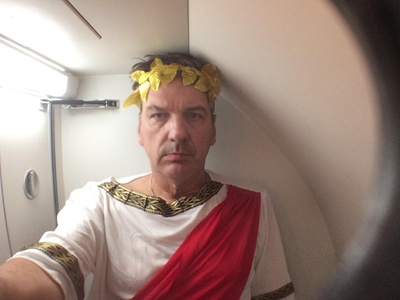 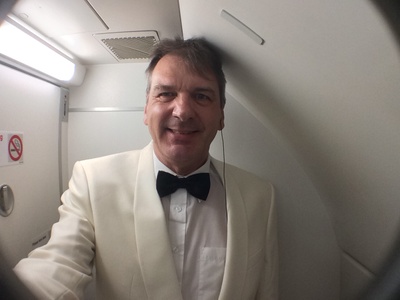 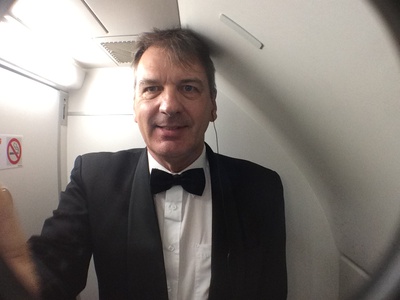 About The Airline Toilets Theatre Company

In 1917, the artist Marcel Duchamp caused a sensation, when he exhibited an ordinary urinal at an art gallery in New York. Duchamp, claimed that since he was an artist, he had the right to decide what was “ART” and thus, conceptual art was born………..

Almost a hundred years later, one man walked into an airplane toilet, and decided that, while that toilet was certainly a toilet, it could also become, for a brief period of time, a theatre……and thus, the work of the Airline Toilets Theatre Company (ATTC) began.

I work as a professional musician with a band called the Ukulele Orchestra of Great Britain, and we play all over the world. Travelling on planes is pretty boring and uncomfortable, especially when you’re as tall as I am (6’8”/2.05m) and so you need to keep yourself occupied.

The little film you've just watched is the latest in a series of films I started making on areoplanes last year, and put up online over Christmas as a fundraising exercise, and guess what, people liked it and I hit my target! So I ‘retired’ for a while, but the temptation was too strong not to go back into those toilets and keep on working!

And then I thought, maybe there are other folks out there on Planet Internet who might want to join the party, and I immediately thought of Patreon.......

But, while I might have raised $1000 for homeless people with my last bunch of films, I also had to pay out big bucks on props, costumes, lenses and video editing etc, and I felt that somewhere, someone, might be keen for me to carry on......

So I’m sticking my hand out online and asking for your support in return for exclusive access to my forthcoming projects and all the 'behind the scenes' action.

Since this is my second season of films, I’ve upped my game and will be making three/four films per year - you can pledge towards each project as you like. This season will be more exciting as I've started using make up and I've got some studio lights as well!

You’ll get the real lowdown with demo recordings, story boards, script ideas and much more as I continue to make music videos in the toilets of commercial airliners.

DEATH ON THE BEACH
A couple of years ago, while touring Germany, I contracted a severe case of bacterial meningitis, which left me in a coma for six days and six nights. Although I made a full recovery, I thought that my brush with Death would make an interesting little film, particularly since I live beside the seaside in the UK and have access to some stunning locations. I have long been an admirer of Ingmar Bergman's film 'The Seventh Seal' and so this film will be something of a spoof of the famous scene where Death will appear to me and command me to start making films in airline toilets. I will play all the parts, including Death and myself and will be posting a provisional script here soon.