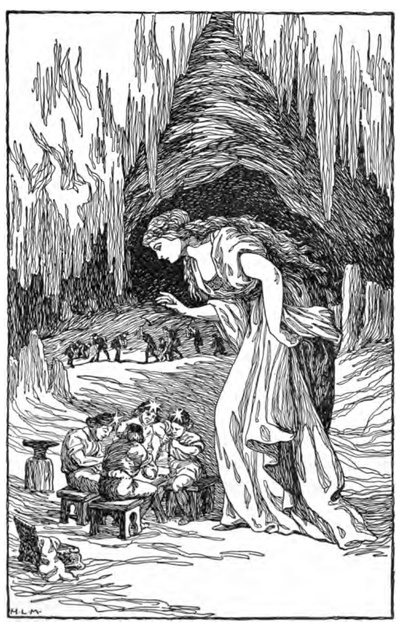 $1
per month
Join
Dvergar are the dwarves, builders of magical and practical items for the Norse gods and creatures.

The gifts of the Dvergar include access to an e-copy of my book bundle, including Crazy Not Stupid and When Life Happens.

The default format will be PDF, mobi and epub, but it can also be available in any other ebook file type. 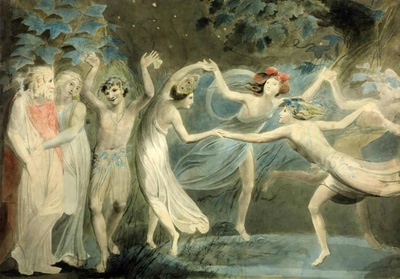 $5
per month
Join
Άlfr are the elves, guardians of nature and art and thought.

The gifts of the Άlfr include access to an e-copy of my trio of paranormal horror/thrillers, Short Horrors for Occult Fans.
You will also have access to free downloads of all of my 99c short stories.

The default format will be PDF, mobi and epub, but it can also be available in any other ebook file type.

Your access to Patron-Only works will expand to include short stories that are being published in anthologies. 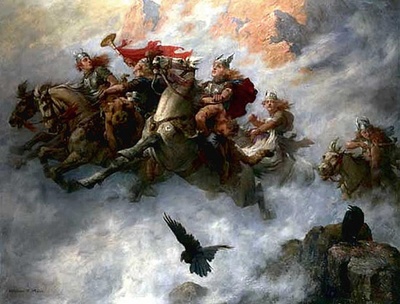 $10
per month
Join
The Valkyrie are woman warrior spirits who serve Odin. The Einherjar are the fallen warriors the Valkyrie collect and take to Valhalla to await the last battle.

The gifts of the Valkyrie/Einherjar include access to an e-copy of every book* that I have already published/released AND of every single book* I publish/release for the duration of your patronage at this level.

*This will NOT include the romance/erotica released under the name Lina Greyce.

Ready for the next stage!
It's been a wild ride, but I've got 20+ publications under my belt, with more pending over the next six months as I finish up my #13In24Challenge.

I can't wait to work closely with you, my fans and patrons, to write more of what you love. I will be asking for feedback, ideas, opinions, and much more... plus, I'll be throwing swag and short stories out once in a while. The wild ride will continue and be all the better with you along. Join me now!


Some Published works:
The Runespells -
Too Wyrd is the first book of the Runespells series, released Sept, 2016. It follows Nicola, a Heathen single mother who rushes in to save her missing step-sister and finds herself fighting to save the world from a cult bent on starting Ragnarok. It is available for purchase through Amazon, B&N, or BlackRoseWriting.

Fluffy Bunny is the second of the Runespells series. Nicola investigates a healing center that is showing miraculous results, but can she overcome the brainwashing techniques they use in time to stop them? It is available for purchase through Amazon, B&N, or BlackRoseWriting.

The Chains That Bind is book three of the Runespells series. Nicola goes on vacation, but it is interrupted with an escaped convict. Nicola must control her PTSD to embrace her Berserker, or fail at stopping another attempt at triggering Ragnarok. It is available for purchase through Amazon, B&N, or BlackRoseWriting. #13In24Challenge

Slings & Arrows is an Urban Fantasy short story from the world of The Runespells series. Hound Dog crosses the pond to help a friend who gets caught up in a London neo-Nazi group. A shootout brings him back together with Det Ames, and the two try to figure out how a street gang got a hold of a magical weapon. This short is available on Amazon.


Other works -
A Time & a Place is a mage-punk fantasy short story from the world of M.A.G.U.S. Tianna discovers she is a time sinker when caught in the crossfire of a magical battle. She goes on to become a major figure in M.A.G.U.S. and M.A.G.E., building her life around Magecrafting. It isn't until she falls in love that she discovers more about that life-changing battle. But who will win? This short is included in Counterclockwise: A Time Travel Anthology by Fiction-Atlas, or available as a short story on Amazon. #13In24Challenge

Free Gift With Purchase is a twisted fairy tale based on the Elves and the Shoemaker. When a fashionista gets an over-seas delivery, she has to decide what to do about the creature who stowed away in her hand-crafted leather boots. She got more than she paid for, and perhaps more than she bargained for. This short is available in A Twist of Fate: A Collection of 11 Twisted Fairy Tales (a charity anthology for the Global Scoliosis Foundation), or available as a short story on Amazon. #13In24Challenge

Precious Scars is a sweet contemporary romance short story about Crystal, a woman of color and an artist who works with kintsugi, pottery repaired with gold, who hires Tor, a vet with PTSD, to help her with her anxiety. As they each struggle with their issues, it becomes clear that some of Crystal's fears may not be in her head. Will an obsessive stalker bring them closer, or break them both? This short is available on Amazon!

Scarborough Fair is a short and sweet period fantasy romance based on the song of the same name. Garrett wrote the song for Brennan while they courted once a year at the fair at Scarborough. When Garrett disappears, Brennan dedicates her life to finding him. It is included in Chasing Fireflies: A Summer Romance Anthology, or available as a short story on Amazon.

Short Horrors for Occult Fans is a three-pack of short paranormal horror/thrillers, released April, 2017. Three thrilling tales to bring you nightmares. It is available on Amazon.

SPA: Super Powered Anonymous is a superhero story focused on not-so-super heroes. SPA is a support group for "super powereds" with rather useless abilities. When a reformed villain joins them, people start dying. But is he the culprit? It is included in Beyond The Mask: A Fiction-Atlas Superhero Anthology (a charity anthology for Alex's Lemonade Stand) or available as a short story on Amazon. #13In24Challenge


As Lina Greyce -
Her Favorite Mistake (as Lina Greyce) is the first of the Hot Fae Knights series, which follows the tragic lovers of Arthurian legends as they follow their destinies into the modern world. Maybe this time, Merlin can get it right! It is available on Amazon.

His Precious Undoing (as Lina Greyce) is the second of the Hot Fae Knights series, which follows the tragic lovers of Arthurian legends as they follow their destinies into the modern world. Maybe this time, Lancelot can get it right! It is available on Amazon.


Works in Progress:
Blood of the Moon is book four of the Runespells series. Nicola nearly drowns when her cruise ship sinks off the coast of Alaska. She washes up on an isolated island with orders from the goddess of the sea - find the Runespell that calms Ran's storms.The Yup'ik are facing forced relocation due to climate change, Christian missionaries are desperate to impress and convert the natives, and a secretive group of women are studying seal migrations on the far side of the island. All of them have motive, but who has the Runespell?

The Crystal Wise is a science fiction novel about a small part of the human race, including the jaded Cassie, that can tap into powers only dreamt about. In doing so, they become living crystal beings, derogatorily called Glass People, easily hunted and shattered. So they hide. But when the moon is destroyed, the change in gravitational pulls wreck havok on the electro-magnetic fields that influence weather patterns and oceanic currents. Cassie has to decide whether she can trust the people she loves with her secret, because the Crystal Wise may be the only way to fix the problem.

Lost Queen of Alfeari is a YA fantasy. Kaila, the lost heir to the kingdom of Alfeari, has lived with the jungle tribes of the Kong'sha for her entire life, learning to survive and practicing the secret ways of Spirit-Talking and Skin-Slipping. Now, Kaila has been ceremonially disowned by her tribe and thrust into the unfamiliar world of nobility and politics, where someone is trying to kill her. Kaila doesn't understand politics, but the law of the jungle is kill or be killed, and that, she can do.

The Monster of Bobcat Ridge is a PNR thriller. Mountain lion shifter and police chief, Karen, runs the police department with efficiency that goes above and beyond the needs of the small town. She makes sure petty crime is dealt with... and that the shifters that live there and pass through behave themselves. When shifters start coming up dead, she realizes there is a killer targeting the paranormals. She has to work with way-too-hot FBI agent, Hunter Paterson, without giving away the secret. Falling in love doesn't help. And neither does her family getting targeted next.

Proserpine III is a sci-fantasy centered around a dystopian future with enslaved psychics called Crafters. Crafters serve humanity with their Craft - Subhuman. Psychic. Leashed. But a mission to another world tests Crafter Almira, and saving humanity may end up destroying the system that enslaves her.

Psy-Hacker is a dark sci-fi drama about the dangers of the wetware subculture in the 22nd Century. When K gets a wetware implant to monitor his life-saving medical device, he has to learn to navigate the world of those who are perma-networked. Being networked means your mind can be infiltrated - whether by consent with psychologists, or not, by hackers. Some people have better firewalls, but psionics is the key to being both impenetrable AND an unstoppable hacker.
K never knew he was psychic, but he is now being hunted down by hackers, politicians, and even the police after spyware tagged him as being a potential uber-hacker. Now he must navigate the digital world and the worst of real life before someone unplugs him.

The Second Princess is a YA fantasy that tells of the curse of Tasia's family. As the second princess born of her generation, she has a specific destiny that will only come to pass if she undergoes the ritual to find her mated soul. But she has a different destiny in mind, and she puts the destinies of all her sisters and her kingdom at risk to find a way to break the curse. Tasia is young, and she has to learn that, in the real world, things aren't always what they seem.

In Threadreader, book one of the M.A.G.U.S. series, the Magecrafters Alliance Guild of the United States (M.A.G.U.S.) and its sister group, the Magecrafters Alliance Guild of Europe (M.A.G.E.), work to find the lost Seelie magecrafter bloodlines, and to find and Bond each Fountain to a family line of Caretakers. But always, the Unseelie magecrafters work to beat the guilds to new-found Fountains, or to break the Bond to twist the Fountains into seats of power for themselves.

Triggered is a paranormal thriller. A woman awakes in a hospital, wrapped in bandages and without any memory, found in the rubble of a recent bombing in Syria. The only thing found on her is a set of dog-tags. The dog-tags seem to be real, but no one with the name is listed in the military rosters. Months later, she begins to experience flashbacks, triggered by seeing random strangers. She soon finds out that some of the flashbacks are actually precognitive, and someone wants to make sure she never remembers.