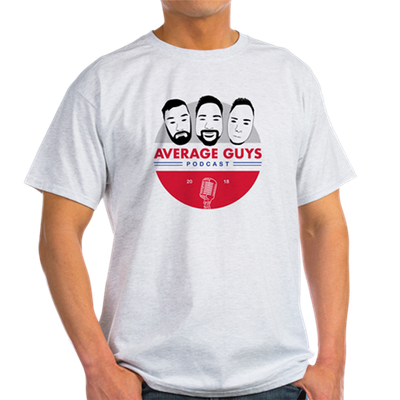 ABOUT THE AVERAGE GUYS

The average guys are guys just like you and me. They aren't pretentious best-selling authors or industry experts. They like to have fun conversation, and are capable of actually getting pretty deep in a subject while keeping it real.

A long long time ago, in Orlando, FL. Three guys met and discovered they liked the same type of stuff. Discussions were had in which laughter erupted, but not in normal shenanigans style. In fact, the discussions were deep and meaningful and hilarious.

So fast-forward on the VCR/BETAMAX of life to January of 2018. A brilliant idea was formed to take the show on the road. However, these average guys were, well, average. They all have kids and jobs and pesky real life commitments. So the Average Guys podcast was born.

$0 of $10 per month
This goal is for us to purchase audio equipment, and media equipment such as pop filters, which help us avoid harsh noise when certain sounds, such as... ahem... aspirated plosives, are made. (Thanks, Wikipedia!)
1 of 3

Recent posts by The Average Guys