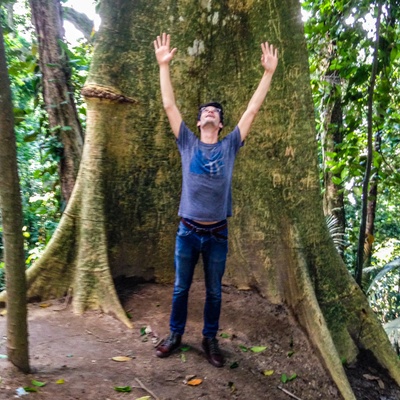 $5
per month
Join
Our Roots are our foundation! I'd be honored to have your support from the ground up! 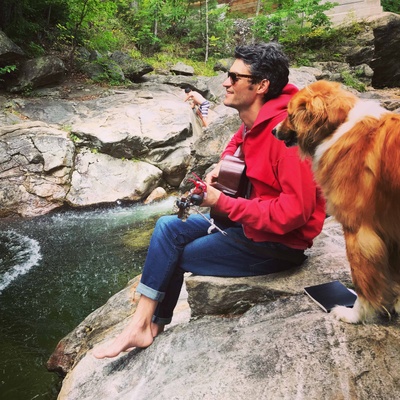 $10
per month
Join
Water is life! I've written so many of my songs sitting on a river bank with my guitar in hand and dog at my side. I'd be grateful for you to join my Rivers crew! 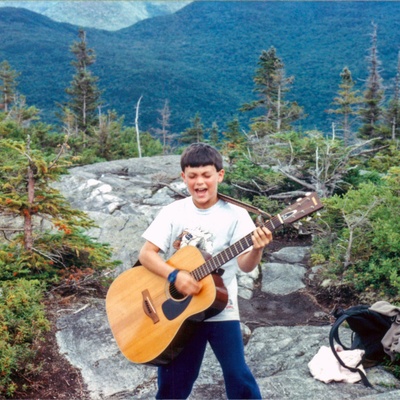 $25
per month
Join
Come on up to the Mountain! Your generous support helps me maintain my creative freedom as an independent artist and activist. 🏔💜

Welcome to my Patreon, a CSA for “Community Supported Art”! We are on the precipice of a great turning point in modern history, a time where we must reimagine how we want to inhabit the planet and restructure our social, political, environmental, and cultural landscapes. I see creativity and art as a primary means of connecting our shared humanity, providing a way for us to envision a future we want to live in together. I would be honored to have you join my Patreon to support my musical creations and commitment to building a more beautiful, just, and sustainable world.

Join now and receive a free download of the new Billy Wylder EP! Additionally, I will share behind-the-scenes exclusive content with my Patreon community; including unreleased recordings, demos, videos, updates, musings, news about my activism work, and stories from the road. You’ll get a window into my creative process and journey as an artist and activist.

As an independent musician I have experienced significant challenges from the dramatic changes in the music industry. The global shift from purchasing music to streaming has forced artists to primarily depend on touring revenue to survive. The pandemic virtually shutdown all touring and over the last year I performed three concerts compared to 75-100 that I typically play. By joining my Patreon community you will directly support my growth and impact as an artist and activist, allowing me to transform the model from “selling art” to “creating and sharing art.”

I am grateful to be alive, to be connected to you, creating original music, and taking action to build a more beautiful and equitable world. Thank you for being a part of my process!

Avi Salloway is a musician, activist, and educator based in Cambridge, MA. He grew up learning music directly from American folk legends, Pete and John Seeger, and from an early age, was exposed to the power of music to bring people together. This concept resonates deeply with Salloway and has led him to use music as a kinetic form of expression, connecting people around the globe. He has co-written, produced, and recorded on 15 albums and performed over 1200 concerts in 25 countries around the world, including performances at the Coachella Music & Arts Festival, New Orleans Jazz & Heritage Festival, Montreal Jazz Fest, Carnegie Hall, and Lincoln Center. Salloway has also collaborated and performed with renowned artists including Jack Johnson, The Preservation Hall Jazz Band, Bombino, David Longstreth (Dirty Projectors), The Low Anthem, and Pete Seeger.

Salloway is the bandleader and principal songwriter for Billy Wylder. From 2013-16 he toured worldwide with Bombino, the Tuareg guitar hero from Niger. Prior to Billy Wylder and Bombino, he co-lead the band Hey Mama/Avi & Celia with Celia Woodsmith of Della Mae. After graduating from the University of Vermont in 2007, Salloway and Woodsmith released four albums and performed over 400 concerts throughout the US and Canada. Inspired to use music as a medium for conflict transformation, Salloway traveled to Israel and Palestine in 2011 to work with Heartbeat on a musical peace-building project with young Arab and Jewish artists.

Based in Jerusalem, Heartbeat is a non-profit organization that unites Israeli and Palestinian youth musicians to build critical understanding, develop creative nonviolent tools for social change, and amplify their voices to influence the world around them. While working in the Middle East, Salloway facilitated music workshops, writing, and recording projects with the Heartbeat artists. He continues to work with Heartbeat as their Global Ambassador, helping to grow the organization’s impact in the region and around the world. He has produced and performed with Heartbeat on five of their US tours including a pinnacle briefing and concert at the US Congress. In addition to his work with Heartbeat, Salloway has led musically-based conflict transformation workshops at Seeds of Peace, working with youth from Egypt, Israeli, Palestine, Jordan, UK, and the US. He currently teaches at Club Passim’s School of Music and Zumix, and gives private guitar lessons in Cambridge.

In November 2016, Salloway traveled to Standing Rock to join the nonviolent resistance to the construction of the Dakota Access Pipeline. At the Oceti Sakowin camp he supported the native-led movement to protect the primary water source for over 17 million people and fight for indigenous sovereignty.

Salloway is also the founder and producer of the Moonshine Music Series. He curates and hosts the community concert festivities on select farms in New England, bringing people together to celebrate music, culture and local organic food.

Salloway’s passion for music and cross-cultural exploration has taken him all around the globe. He believes in the power of song to inspire people of all backgrounds to be the change we seek.

18 of 100 patrons
My initial goal is to welcome 100 patrons to my community. I have decided to forgo Patreon's standard increased incentivized rewards system and will offer all my exclusive content to all Patrons no matter what level you support on (aside from the Monthly hang w/ me and the community). I invite you to join me on my creative journey and am grateful for your support on whatever level works for you!