Back in my Play

Back in my Play

is creating Back in my Play: Podcast for Nostalgic Gamers

$1
per Episode
Join
Your support helps with production of Back in my Play.

$2
per Episode
Join
This plays HuCards and Compact Discs games with Redbook Audio!

$3
per Episode
Join
Your support helps with production of Back in my Play.

Nostalgia: (def) a wistful or excessively sentimental yearning for return to or of some past period or irrecoverable condition 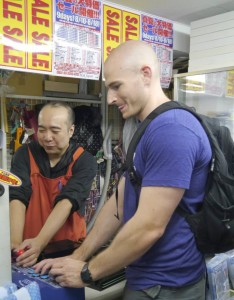 Back in my Play is a podcast for nostalgic gamers that want to revisit the memories of their favorite games growing up, as well as discover hidden gems they may have missed. My #1 rule of the podcast is that is has to be fun and positive. If the hosts aren’t having fun, how will the audience? And let’s be real, video games are fun, if you aren’t having fun, do something else.


I created Back in my Play to celebrate retro video games by remembering our personal histories with the games from back in the day, as well as revisit them to see how they hold up in the modern era.

Since starting the show back in June 2013 I have produced over 130 episodes covering specific games, expanded series like 2016's "Summer of Dreamcast," as well as interviews with developers and others associated with retro games.

It has been nothing short of an absolute blast to produce over the years thanks to the incredible guests and dedicated and enthusiastic audience. As the show has grown in size it has become more demanding to support in terms of cost and especially time.

Going forward I want to EXPAND Back in my Play. Create even more of the content that you have come to love from the podcast and produce in depth video features and series associated with retro games.

This is where you and Patreon comes in.

Recent posts by Back in my Play