Hello! We’re the two people who make Bittersweet Candy Bowl, a slice-of-life romantic comedy about friends, homework and unrequited love. Join us on Patreon to access rewards for anybody with a cat drama fixation:

⏰ Early access: Get every BCB update a whole week early. And chatter about the new page with fellow patrons before it goes up for the public!

To any BCB fan who joins our Patreon community: we want you to know you’ve removed a ton of financial uncertainty from our lives. You’re the people who make it possible to publish the rest of this story, and it means a lot. 💕 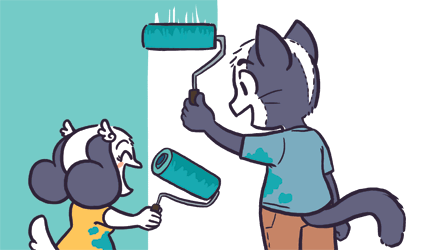 With the power of this many patrons behind us, we can clean up the site and finally remove all ads and tracking, for cleaner, faster operation. It’ll be so much nicer for everybody!
3 of 4

Recent posts by Veronica and Oliver