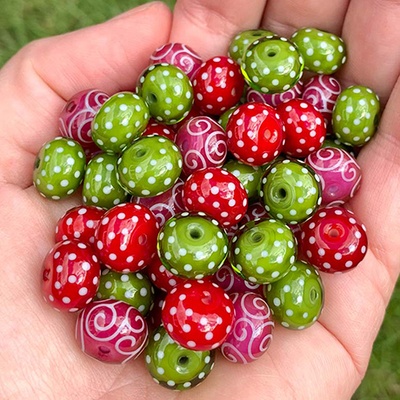 $4
per month
Join
You will receive:

- Access to blog-style posts about beads, beadmaking or any other thing I may feel like chatting about. Could be my cat, could be about books, could be about telly, but it'll mostly be glass-related.

- My bead recipes! I stopped sharing these but they will be available to my patrons. 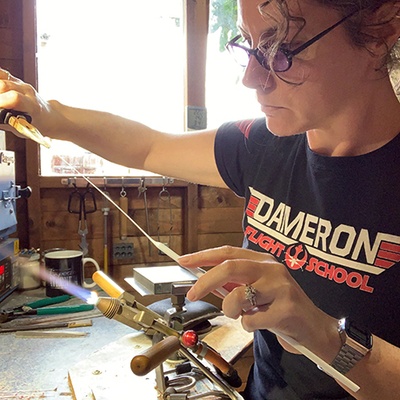 - Access to blog-style posts about beads, beadmaking or any other thing I may feel like chatting about. Could be my cat, could be about books, could be about telly, but it'll mostly be glass-related.

- My bead recipes! I stopped sharing these but they will be available to my patrons.

- Access to video content. Videos will include footage of me making beads and the occasional tutorial. There will be at least one of these videos each month.

I've been making glass beads for more than sixteen years now. I've made quite literally tens of thousands of the things.

When I first started selling my work there was no Etsy or Facebook or Instagram. I used to sell on eBay and I then I built a website and used that to sell my work. I blogged for years and then social media became the thing and I moved to that. My blogging became less frequent because talking in 140 characters or fewer was all the rage. Nobody really wanted to read stuff anymore.

I've long since ditched Twitter because it's a wretched hive of scum and villainy. I've also sacked off my Facebook page because their algorithms are beyond annoying and using it seemed utterly pointless. The only social media I actively use now is my Instagram page. I still have my blog but it's become terribly one way as I had to turn off comments due to the totally unmanageable amounts of spam I was getting.

Thing is, there are some unscrupulous people out there - people who pick your brains and steal your ideas and then pass them off as their own. Anyone creative knows how irksome and dispiriting this can be. I got utterly pissed off with this and I clammed up and I stopped sharing.

I recently started supporting a couple of non-beady creative people on Patreon and it feels right. This place could be a way for me to connect with the people who want to connect with me. A little inner circle in which I can share content with people who really value it. That might only end up being four people or something, but that's groovy.

So I'm giving Patreon a go. Like everything else in my life I am making this up as I go along so please bear with me as I tweak stuff and alter things.

Hopefully I'll see you back here for some enthralling beady content.

All the thanks and a bucketful of gratitude,

Recent posts by Beads by Laura