Yarnbomber - Changing the World One Stitch at a Time 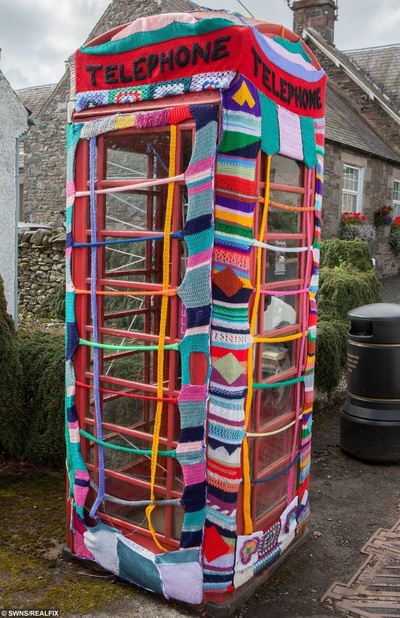 $1
per month
Join
Yarnbombers unite! You're here because perhaps you know me and know what a big deal this is for me - at the grand old age of 43 - to finally commit to write the book I've wanted to write for nearly 20 years. And you want to share a "YAY! Go You!" to help keep me going when the negative voices start drowning out the precious yet still fragile enthusiasm and motivation I have.

And if you don't know me, perhaps you too know how it feels to have a huge, life-altering idea burning a hole in your head and heart which feels far too big to keep inside but at the same time far too big to let out. And you too want to share a "YAY! Go You!" in solidarity because maybe you've been there and done that, or you're still there and want to know there are other folk like you, daring to be seen and knit that story together, stitch by stitch.

You'll get a monthly update of what I've been up to - the practical and the not-so-practical; my emotions, crashes of confidence, melancholy and utter excitement are all part of this baby and I can't provide sterile functional musings on how it's all going!

Every month I will investigate a different theme that is relevant to the book and you'll be able to join the discussion and throw in your two pence worth around all these themes. 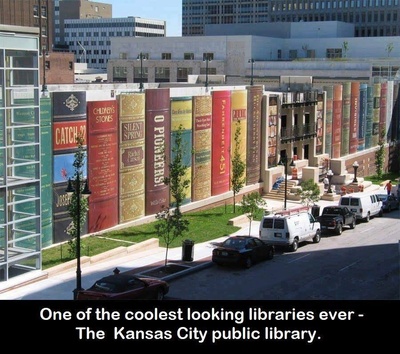 $5
per month
Join
This tier excites you because, like the people of Kansas, you think outside the box and want to create a more beautiful world.

If you, like me, believe we have huge potential to create amazing, inspiring and beautiful things in our world, yet you despair at how far we've strayed from this potential, then please support this journey as I weave the amazing and surprising gems we're already surrounded by onto the pages of a beautiful, poignant, funny and thought-provoking story full of hope and promise.

Being a patron at this level you are supporting the research time needed for the themes, that for me, feel so important to us as human beings. Along with the yarnbombing, you will also get access to the interviews I hold with interesting folk around each theme, as I explore all the things which will form the backbone, the Kansas City Public Library book spines if you like, of the world I'm creating.

You would be very welcome to suggest interesting people for me to interview around these themes.

This tier will also give you access to my backstory. Who I think I am and why I'm here now writing this. 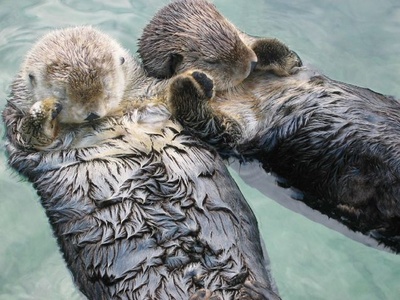 $10
per month
Join
The Sea Otter holds hands with its fellow otters when asleep to stop them drifting away. You want to offer patronage at this level because you understand that this whole thing is all about connection...

It's about reaching out physically and metaphorically and holding each other's hands - striving for a world where we do that on the micro and the macro levels. Supporting me at this level buys me the time needed to piece together my extensive research and build a utopia, at least on paper!

To thank you for your connection, as well as being a yarn-bomber and receiving your library card at Kansas, you'll also be invited to contribute to the debates around all the research topics: Send in questions you want answering before I interview people, submit points you think should be incorporated into the story and generally be actively involved in aspects of the story's formation. This is your chance to create the utopia you'd like to live in, and help get 'it' right this time round!

For supporting me at this level for 6 plus months you will also get a personal mention on my about page.

We do not need magic to change the world.
We carry all the power we need inside ourselves already.
We have the power to imagine better.
- J K Rowling


Narcissistic presidents. Brexit. Unelected world leaders. Rising inequality. The Grenfell tragedy. More privatisation. All previously unthinkable events occurring in an already hard-to-stomach reality. We are living in a dystopia far removed from a world which celebrates everything that really matters to us and makes us human beings.

Hello and thank you for visiting my Patreon page!

I have had a story burning a hole in my soul for over 15 years. A story about a utopia that makes my heart sing, that makes me feel good to be alive, that highlights all the magic and magnificence that already exists in the world, whilst calling out the systems and beliefs that crush it: the ludicrous, dangerous, cruel, unnecessary stuff that we all tolerate, because ‘that’s just how it is’.

Creating this Utopia, bringing alive characters who embody the virtues I value the most and seeing them triumph over hate, division and greed provides relief and hope in such unsettling and scary times for me, and I hope for you too.

I believe, like many before me, that what we focus on becomes our reality. I want this Utopia to shine so brightly from the pages of these books, for all who read them, that all the dystopian elements of our world are overshadowed, and that perhaps even sparks of imagination are ignited in others who want to find their own ways to shine.

So What Is This Soul Burning Story About?

Set over a series of four books, we meet a group of children who are fighting to save their Utopian island from a dystopian regime that epitomises the worst aspects of our planet today.

Their homeland and their values of fairness, fun, creative expression, love, respect, kindness, tolerance, community, ancient wisdom and knowledge and trust in the natural world are under threat from an increasingly consumerist, profit-based nation that despises and seeks to destroy anything without a financial reward.

We join Skyte Baur and her dog, Manoona, as she and her family flee this regime and set sail for one of the few remaining Utopias. Here we experience through Skyte’s eyes how beautiful, zany, vibrant, exciting, diverse and mystical life on the Isle of Aepitou is, as she becomes part of a community so different in every way to what she has left behind...

From free-range schooling outside of a classroom to the ingenious and quirky contraptions in every home; from streets filled with unexpected visual delights to the atmospheric remains of the Ancient seat of Power; from the enchanting and mystical Arboretum to the head-spinning, heart-racing delights of the Barmyval, a carnival with a twist. This is a world which celebrates all the possibility of what it means to be alive.

But Skyte’s arrival on The Isle of Aepitou is not accidental. Her parents, Storm Hakam and Helio Ayas who were originally from this land, have many secrets and have returned here for a purpose. Skyte, and the children she meets soon realise that the fate of the Isle and its mysterious inhabitants, as well as all other Utopias, is in their hands.

Can they resolve their differences and learn to harness the powerful energetic forces of their ancestors that is needed to save their way of life? And will it be enough or is there something crucial that they are missing?

Who Is The Soul Burning Story For?

Well, fundamentally it’s a children’s adventure story, but at its heart it’s for those of us who are anguished, angry and appalled by the state of our world and are ready for change.

It’s for those of us who may sometimes need a good moan about all the awfulness we’re surrounded by but we also know that by focusing on what we want to create rather than what we don’t, is how change will come about.

Your support through Patreon can help me in many ways. As soon as you decide to become a Patron, at whatever level, you are supporting me by quite literally buying me time to write.

I am a single mum of two daughters and I have fibromyalgia. I want my children to have a role model of someone who has the courage to follow their dreams and not just exist within a system that doesn’t encourage us to live fully in meaningful ways.

But it’s more than just the financial, practical support…

As someone who - at the age of 43 - still feels like I haven’t found my ‘thing’ or, more accurately, has known for years that writing this story is my thing but has avoided it out of fear and listening to the naysaying voices that “this won’t work”, “you’ll never support yourself with your writing” etc., it feels like it is now or never.

To have visible evidence of support helps to drown out those negative voices, helps keep me going in the face of adversity and helps me believe I CAN do this.

Creating a community of people who ‘get’ this - both the need to do this now and the story I’m writing about - is a way to inspire, encourage, discuss, and involve, not just me but you too.

I want to hear what a Utopia might look like for you, from economy to schooling, from food to fun. Somewhere for you to share your examples of wonder, joy, beauty and quirkyness that you see in the world that should be included in this riotous, joyful, modern day Shangri-La.

My rewards are all about your involvement in helping this evolve - from asking questions from people I plan to interview about relevant themes in the book, to discussing these themes and thrashing out what a Utopia might look like to us all.

As yet I am not offering access to chapters of the book but these will be added further down the line and I am always open to suggestions of things that you might like to be added to the reward tiers.