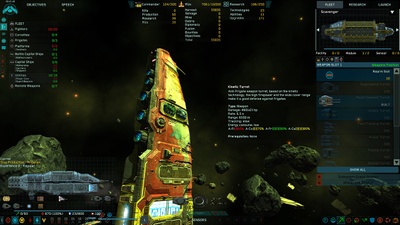 $5
per month
Join
or save 15% if you pay annually
- You will contribute to the development of Complex, helping others enjoy our work for years to come.
- You will gain immediate access to the newest work-in-progress non-public Complex updates, as well as all Patreon exclusive blog posts.
- You will receive High Definition artwork from our artists.
- Your name/nickname will be included in the credits of the game and on our website.

JOIN THE PROJECT AND TRY THE LATEST VERSION! 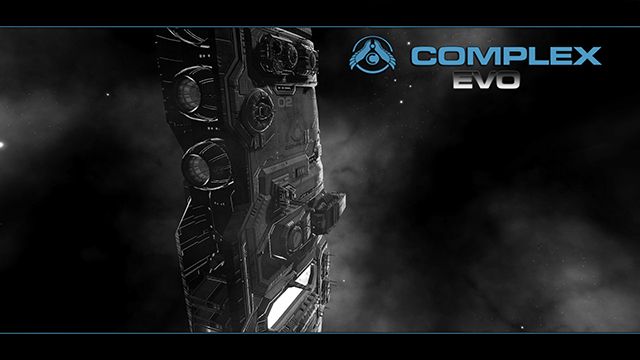 Dear Friend,
My name is Agostino Bocchi (a.k.a. Beghins), founder and project leader of the Complex series. Our amazing team develops Complex, advanced space battles simulator based on the Homeworld universe. Complex improves the original Homeworld gameplay to extent, where player has to take into account a lot of variables during space battles. This version of Complex works on the updated Homeworld Remastered engine and has a lot of new improvements: new ships, new graphics and FXs, new UI (unit interface), new environments, maps, and complete optimization for newer hardware, thus allowing smooth gameplay.
Complex is meant to make the Homeworld Universe unforgettable and enjoyable for a very long time even after final release of Homeworld Remastered. Complex will become more fun, more enjoyable, more polished, and filled with additional content. Patreon will be our quality assurance, in order to cover our objectives with the same level of quality as we did in previous versions we really need your support, Thank You very much.

Information about Complex:
Complex is a series of modifications for the real time strategy game Homeworld, it can be considered a stand-alone game.
Complex received it's place at the Hall of Fame in 2004 at http://www.modhof.com. Actually Complex counts more then 40000 subscribers and the feedback is extremely positive, it is the top rated project for Homeworld Remastered, the most subscribed and popular.
Originally Complex was based on the Relic Entertainment' Homeworld 2 engine, but now it is ported on to updated Gearbox Software' Homeworld Remastered engine. In addition, the team that develops Complex also worked with Gearbox Software during the development of Homeworld Remastered itself, Homerorld Remastered core team.
To play newest Complex you will need a copy of Homeworld Remastered, which can be bought here: http://store.steampowered.com/app/244160/
Complex web site:  www.homeworld2complex.com

The Complex Development Team:
Beghins, the original creator of the mod and project leader, responsible for in-game scripts, coding & design.
Oni, the seasoned artist veteran with amazing art & modeling style, our leading artist and responsible for amazing models, textures, shaders & effects.
Paul, our second amazing artist in the team and seasoned veteran in texturing and modeling, also responsible for great amount of models.

$987.34 of $2,000 per month
$2000 is the perfect budget to allow us to develop Complex at our best and keep up within the deadlines.
Anything higher then that will improve the quality of our work, as well will increase the development speed.
Thank You Very Much!