is creating articles, interviews, and podcasts about tech history

"Benj Edwards is an essential journalist and historian
of technology. Important stories will be lost and
crucial people will be forgotten if Edwards is not
able to continue doing this work."


My name is Benj Edwards and I am a freelance journalist.  I have been writing almost exclusively about computer and video game history for 15 years now.

In 2005, I started Vintage Computing and Gaming, a tech history blog which I still maintain (you may have seen my Retro Scans over the years).

In 2007, I began writing tech history articles for sites such as 1UP, PC World, Gamasutra, Ars Technica, Macworld, Wired, PCMag, Technologizer, The Atlantic, FastCompany, and more.

In 2017, I started The Culture of Tech, a tech interview podcast that focuses on the intersection of culture and technology in the past, present, and future.

I love to write well-researched, in-depth history pieces, and they take a lot of time and effort to create.  To date, few publications have been able to fully fund the work it takes to write a quality in-depth feature with original research.  Original research means I take the time to track down the actual people involved in the topics I write about and interview them.

I have spent a great deal of personal time and money to make sure my articles are the best they can be -- paying for extra interview transcriptions, translations, and archive scanning fees out of pocket -- above and beyond what publications are usually willing to pay.  Obviously, that's not sustainable for me, but I still want to bring you the best history work I can.

If I get enough funding on Patreon, I can write deeply-researched pieces about the untold stories of the computer and video game revolution all the time, non-stop.  I will publish them on my blog, Vintage Computing and Gaming.

If certain goals are met, I will also be able to create episodes of The Culture of Tech podcast more often (more on that below).


"Benj gets it: Without sustained efforts to
document the computer age, whose history
is even more fragile than the paper-based
societies which preceded it, this amazingly
fertile period in human technological
history will be lost forever." 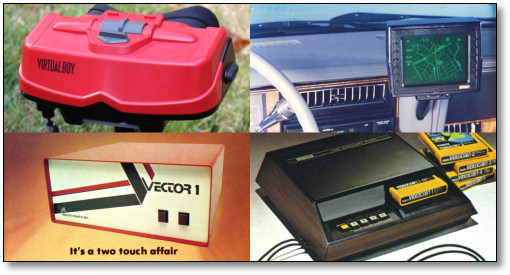 One of my goals is to write at least one big tech history feature a month and publish it on Vintagecomputing.com.  After publication, I will make my research interview transcriptions available to select Patreon supporters.

Here are some examples of deeply-researched history pieces I have written in the past -- and that I hope to write more of in the future: 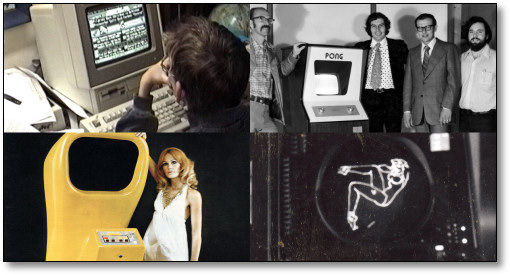 Each of those articles took months of research -- tracking down people and interviewing them, reading vintage magazines, books, and newspapers, contacting museums and archives -- to complete.  With the proper funding, I can write "deep dive" articles like those frequently.


"For the last decade, Benj Edwards has written
clearly, thoughtfully, and insightfully about
video game and computer history."

- Jon-Paul Dyson (Director, International Center for
the History of Electronic Games, The Strong ) 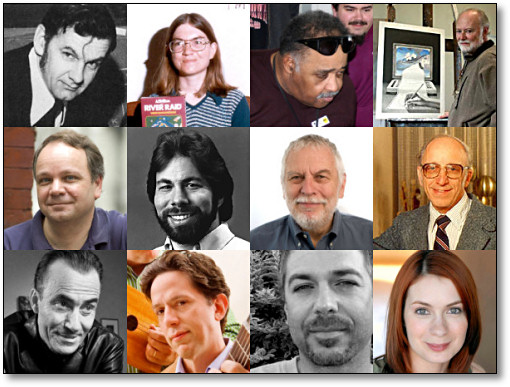 I've done plenty of big-name interviews in the past: Steve Wozniak, Nolan Bushnell, Ralph Baer, Sid Meier, Trip Hawkins, Tim Sweeney, etc. (Links to those can be found on my personal website or on VC&G.)

But what I'd really like to pursue are the important folks that no one has heard of before.  For example, here are some of the most important interviews I've ever done -- all of which involve subjects that had never done extended print interviews previously.


Bill Harrison is now blind and has severe Alzheimer's, Jerry Lawson passed away in 2011, and Carol Shaw pretty much never talks to the media. If I had not interviewed them, their important voices would not have been heard.

In addition, I have already conducted interviews with other key figures in video game and computer history that have never been published, and likely never will be without your help: they take a long time to transcribe and format for publication, and while their historical value is enormous, their commercial appeal is limited, so I can't sell them as freelance pieces.  Your funding will bring those interviews to light -- I will publish them on Vintagecomputing.com.


"Benj Edwards is a deeply curious and creative
thinker and writer, and his sense of wonder
about computing history is infectious." The Culture of Tech with Benj Edwards is a tech culture interview podcast that listens like a NPR radio show.


(Listen to the Show on iTunes)


In the show, I interview tech luminaries, artists, journalists, historians, and entertainers about the interplay between culture and technology, with a strong focus on both history and the future.  I also provide an original custom soundtrack to each episode, including at least one full original song related to the topic of discussion.

The production quality is high, and each episode takes a great deal of time and care to produce.

With this podcast, I want to explore the dramatic tech transition we're going through now -- we're living in a time of radical social, political, and cultural change. I want to explore how things got this way and also where we'll be headed in the future. It's no secret that I'm nervous about the future, but also very excited.

Guests so far include Steve Wozniak, Richard Garriott, and Stan Honey, with many others planned for the future.

With your funding on Patreon, I will keep producing new episodes of the podcast (commercial free), which can be downloaded on iTunes, Android, or the Culture of Tech website.


"No matter the topic, no matter the length,
if it's written by Benj Edwards, I'm immediately in."