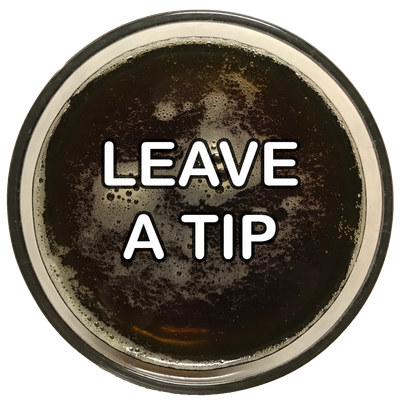 Pledge to "leave a tip" of $1 or more each month and you will instantly gain access to the following behind-the-scenes content and resources...Only $1 per month. It's a no-brainer!

Buy Me A Pint 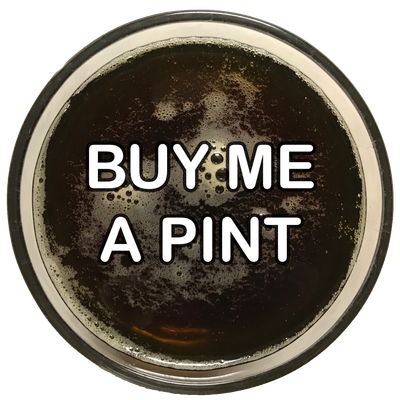 Treat me to a cold brew for my hard work! Make a monthly pledge at this level and you will instantly gain access to the following Patron-only content:

We may be on opposite sides of the country (or the world!)...but until the human race masters teleportation, this is the closest thing we have to sharing a pint! 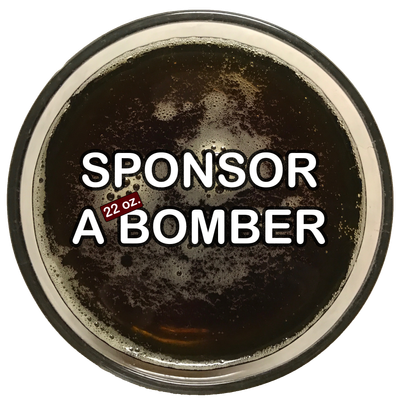 Sponsor a 22 oz. bomber each month and you will unlock exclusive video access...

Before I went gluten free I was a craft beer fanatic. I grew up in Bend Oregon, the same place Deschutes Brewery was born. Bend has the highest micro-brewery per capita in the nation, but not a single one of my local breweries is gluten free. For years I was forced out of the "beer scene", but when dedicated gluten free breweries began popping up, my old passion resurfaced!

I felt a bit alone here in my gluten-full, beer-centric town. So I created an online community called Best Gluten Free Beers. I began to write about my gluten free beer experiences and share my research with others who longed to have craft beer back in their life.

The Beer Blog Is Born

Best Gluten Free Beers (BGFB) is all about spreading the love (and awareness) of gluten free beer to those who are desperately seeking it. I publish gluten free beer brand lists, beer reviews, brewery tours, interviews, lifestyle articles, and write about the difference between gluten free and gluten reduced beer. There is also an entire section of the blog dedicated to gluten free homebrewing for the those of you who are tired of waiting and want to brew your own! (There is even a free recipe and step-by-step guide available for download.)

The resource library on the blog is growing every day. There are now comprehensive gluten free beer lists for both the USA and UK. Lists are in the works for Australia and Canada too, with more on the way. Why Turn To Patreon?

I receive a lot of emails from readers who relate deeply to the struggles of living gluten free. We are constantly protecting ourselves from things like food contamination, mislabeling, misinformation, poor accessibility to dedicated GF products, social alienation, expensive grocery bills...the list goes on.

BUT I've also learned that one of the most powerful and liberating ways to combat these daily challenges is to connect with likeminded people that share your interests. I created Best Gluten Free Beers to serve as a platform for connection, education, and collaboration within the gluten free beer community.

For years I have published new articles and gluten free beer reviews weekly, a commitment that's transformed into an unpaid part-time job. I'm happy to do it, and will never stop. BUT I WANT TO DO MORE! I want to...


Most full-time bloggers "make ends meet" with paid advertising. I don't want to do that. Choosing that route places the advertisers at the center of the business. I want MY READERS to be the heart of the business instead.

Many of you have asked how you can become more involved with the Best Gluten Free Beers community. There are several options! You could...

You can join the patreon community

for as little as $1 per month!

You can become a Best Gluten Free Beers patron for as little as $1 per month. Sponsorships tiers start at just $10 per month and include perks like public shout-outs, behind-the-scenes videos, interviews, and influence over the beer review release calendar.

What's in it for you, you ask? (Besides the warm + fuzzy feeling of supporting a blog you love.) I'm glad you asked... Pledge to "leave a tip" of $1 or more each month and you will instantly gain access to the following behind-the-scenes content and resources...Only $1 per month. It's a no-brainer!

We may be on opposite sides of the country (or the world!)...but until the human race masters teleportation, this is the closest thing we have to sharing a pint! Pledge to "buy me a beer" each month and you will instantly gain access to the following bonuses:

Sponsor a 22 oz. bomber each month and you will unlock exclusive video access!

Q. What happens right after I become a Patron?

You will instantly gain access to ALL past content released to your rewards level, as well as ALL of the lower reward tier content. This means that you can go back in time and catch up on all the goodies already released IN ADDITION to continued access to new releases.

Q. When will I see the charge?

When you become a Patron, you will be charged immediately for the current month, and then will be billed on the 1st of each month moving forward. (You can cancel your future pledges at any time.) This means that if you subscribe towards the end of the month, you will see your first and second charge somewhat close to one another. SNEAKY TIP: If this bothers you, you can wait until the beginning of the next month to become a Patron!


Now enough about me and the blog...

I would love to know more about YOU, and what your gluten free journey has been like.

17 of 50 patrons
When Best Gluten Free Beers reaches 50 patrons, it will provide enough support to cover the basic overhead costs of the blog. This includes expenses such as web hosting, email management software, domain fees, and our digital delivery platform.

Maintaining an active website costs money! For the past 3+ years I've been covering it out of pocket, in addition to all the time I invest. Reaching 50 patrons will begin the blog's journey to self-sufficiency!