Best Radio You Have Never Heard

Best Radio You Have Never Heard

is creating The Best Music Podcast On The Internet

$5
per month
Join
We call this the tip jar Level 1.
Just a way to say thanks and help with the monthly production costs of producing and "airing" BRYHNH. 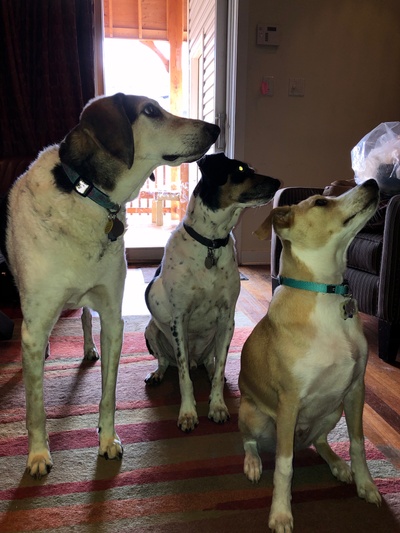 About Best Radio You Have Never Heard

The people behind the Best Radio You Have Never Heard (commonly known to fans as BRYHNH) have been creating and sharing free 80 minute podcasts since 2004. There are nearly 300 shows already “in the can,” with new ones debuting twice a month at minimum. There are special episodes released on an ad-hoc basis when the situation arises.

Each show features intriguingly mixed rock and rock-based music from a variety of artists that in other contexts might be considered incompatible. Genres, rhythms, moods and artists are seamlessly blended together to produce listening experiences you can only dream about finding in traditional radio. BRYHNH includes favorites and new discoveries from both familiar artists and those you wish you'd heard before, downloaded twice monthly to your computer or iPod. BRYHNH has been recognized by the industry, including a rank of #7 in The Digital Podcast Top 100 Podcasts for 2005 and #3 Classic Rock Podcast for 2007, as well as #2 Rock Podcast in 2010 by Dave White from about.com.

Over the years, BRYHNH has attracted an international audience. There are listeners on every continent. Many of these listeners have become personal friends of the producers through interaction, and several of them have taken on a more formal producer role, helping the host source music and identify themes for upcoming shows. Occasionally, one of these producers will help host a show, like the eagerly awaited annual episode called “Rick’s Picks,” where Rick, a long time listener, cherrypicks songs from the prior years’ shows to revisit in what amounts to a “best of” BRYHNH annual episode.

The Best Radio You Have Never Heard is a labor of love from former radio and music industry professionals. It is helmed by host Perry Bax. Perry has a remarkable instinct for selecting songs, finding interesting and unusual version and ultimately blending them into these unique shows from both an auditory and thematic perspective.

Perry Bax has spent his life surrounded by music. His passion started in his pre-teen years when he would wait for the crews at the "high school and up" rock shows as a 7th grader. He would wait for the likes of the legendary WLS-AM Chicago DJ Dex Card's "Wild Goose" touring shows of Chicago's star talents of the day, includingThe Buckinghams, Cryin' Shames, American Breed and New Colony Six, amongst others, to pull into the local ice rink. At the venue, he would convince the roadies to let him into the show in exchange for helping them load in and load out. The crews were amazed he would be there for load out, holding up his end of the bargain, often throwing his trusty Schwinn bicycle into the back of the truck with the gear. They'd give both him and his bike a lift home to ensure he got back safe and sound in the wee hours of the morning.

Eventually, young Perry convinced his parents that it was okay to attend big rock concerts on his own. Not messing around, he camped out overnight at the local Ticketron outlet at Montgomery Wards department store to buy tickets, and was soon attending a 2:30 PM matinee show by The Rolling Stones as a mere 13 year old. At age 14, being in the 10th row center for Led Zeppelin and The Who was the clincher.

Once Perry turned 15, he decided that putting on the rock shows himself would be a great way to not only be sure he could gain admission, but he coud hand pick the bands he would like to see. After producing numerous shows for the local park district, which gave him unprecedented support and access, he booked and produced a show in the high school field house that sold out 2,000 tickets. That concert featured Styx.

When checking in on the band in the dressing room and asking if they needed anything, the ever intimidating Dennis DeYoung snapped at the then 15 year old promoter: "Who are you, the Styx doctor?" to which Perry replied, "No, I am the guy who is going to pay you." This left the band with their jaws on the floor. That show opened a lot of doors for Bax.

In his sophomore year of college at Western Illinois University, Perry became the head of the University Concert Committee (which included the perk of having his tuition covered by the university) and the booking of the 7,000 seat basketball arena. Acts included shows from David Crosby and Graham Nash, The Doobie Brothers, Foreigner, Emerson, Lake and Palmer, Ted Nugent, and a hilarious night backstage with George Carlin amongst others.

Perry took a few years off of school to tour with bands as a production manager and front of house sound mixer. In 1982 he found himself back at the same university, this time bypassing the live music scene and quickly becoming the station manager at the newly formed student FM radio station. This was a golden opportunity as the "new music" alternative college format was taking hold and Perry, along with Music Director John Vernon (who went on to become the publisher of Illinois Entertainer Magazine) built the station into a renowned powerhouse, recognized by bands and record companies around the world. Taking things one step further, they set up shop in a local club to "make money to buy more records" and established a "new music/alternative dance night." The massively popular club night sold out its 500-person capacity every night Bax spun for the next seven years, and frequently the entrance queue formed around the block an hour before the first disc was spun. Perry's role in the radio and club scene turned out to be so impressive that the university insisted that Perry complete his undergraduate degree so they could hire him as a full time administrator in the broadcast department and National Public Radio affiliate, which Perry accepted.

However, a return to Chicago was ultimately calling. It did so in the form of a DJ slot at Chicago's legendary Metro/Smart Bar, where Bax was spinning music compatible with the diverse live acts upstairs at Metro and spinning alternative dance tracks in the basement Smart Bar. In his role as local sound engineer, Perry mixed many Chicago shows, as well as touring with artists including Stabbing Westward, Black Uhuru and Ned's Atomic Dustbin. When he had free days while gigging in Chicago, Perry took up residency in record retail working at Val's Halla Records, one of Chicago's legendary independent record stores.

As the years went on, Perry worked his way up the ranks again, this time as Operations Director at db Sound Chicago, coordinating sound gear and personnel, for tours by The Rolling Stones, The Allman Brothers, AC/DC, Metallica, Riverdance, Trans-Siberia Orchestra and more.

Perry was an early advocate of podcasting, launching his unique mix of rock-based music in 2004, at the onset of MP3 players. It seemed there was a void in the musical universe which wasn't catering to the needs of music fans who were serious about music both new and classic. Seeking to fill this gap, Perry launched The Best Radio You Have Never Heard podcast in 2005 as a format without borders or limitations, and a unique production style that is rivaled by none.

With traditional radio becoming more and more regimented, The Best Radio You Have Never Heard has become a niche where listeners can relive the days of early 70's freeform FM mixed with today's contemporary artists, and tracks by their favorite artists that have never graced the terrestrial airwaves. With more music than time in his biweekly show, Perry estimates he hasn't repeated more than 10-15 tracks since the show went live on the World Wide Web.

Music without borders for a global audience...this is truly The Best Radio You Have Never Heard.

BRYHNH values its audience and enjoys producing the show and providing it free of cost. However, the production and airing of BRYHNH does not come without expense. The show is seeking support from its listeners in order to cover costs for everything from BMI, ASCAP and SESAC licensing to the more mundane expenses like web hosting, IP and domain registrations, all manner of music procurement etc.

Patreon offers a mechanism where you can help keep Best Radio You Have Never Heard up and running for years to come. You can be a proud contributor as you listen to new episodes and access any episode in the back catalog whenever you want, whether it be through the iOS app, Google Play Music, simple file downloads or subscription via the iTunes Music Store. Please consider making a donation today.

$152.35 of $1,000 per month
BRYHNH values its audience and enjoys producing the show and providing it free of cost. However, the production and airing of BRYHNH does not come without expense. The show is seeking support from its listeners in order to cover costs for everything from BMI, ASCAP and SESAC licensing to the more mundane expenses like web hosting, IP and domain registrations, all manner of music procurement etc.

Patreon offers a mechanism where you can help keep Best Radio You Have Never Heard up and running for years to come. You can be a proud contributor as you listen to new episodes and access any episode in the back catalog whenever you want, whether it be through the iOS app, Google Play Music, simple file downloads or subscription via the iTunes Music Store. Please consider making a donation today.

As a starting point, where no amount is too small or too big, we are recommending a reoccurring monthly donation from listeners who download, stream, listen and enjoy the bimonthly episodes of The Best Radio You Have Never Heard.

Recent posts by Best Radio You Have Never Heard