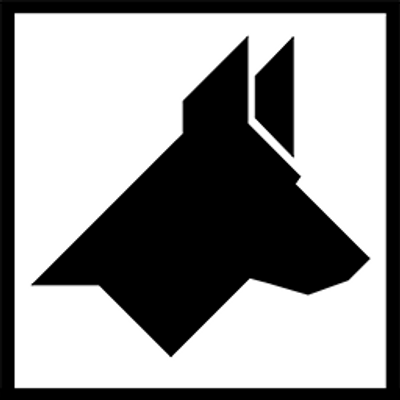 $1
per month
Join
Any help along our journey is greatly appreciated! In return you’ll receive regular project updates of what we’re working on. 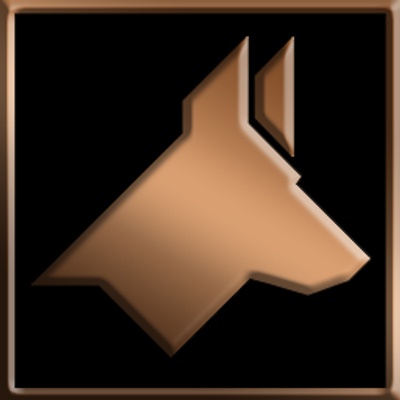 $5
per month
Join
In addition to the exclusive updates of our projects, receive Bronze-level Discord server access including behind-the-scene photos, artwork, and pictures of our mascot, Calamity.
Includes Discord benefits 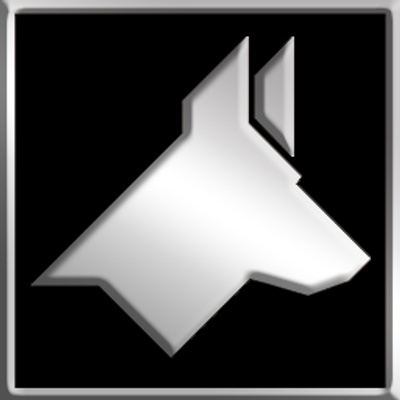 $10
per month
Join
Give us input! Receive exclusive access to our private Discord App voice chat servers and chat directly with us during our private Discord streams and whenever we feel like dropping in to converse. Includes updates and behind-the-scenes material from previous tiers.
Includes Discord benefits

Black Shepherd Games is an independent video game development studio created and spearheaded by two gamer/programmers, Matt (aka "LaughingMan") and Nat. Together we are breaking the 9-to-5, keyboard-jockey life, and strive to become independent video game creators. While we are working on our projects, we supplement our work with fun and exciting video content, including game reviews, let's plays, and live development streams. With your help we can make our content even better!

WHO ARE YOU, AGAIN?


LaughingMan is a veteran of the multiple pop-culture wars of the 90s to present, a programmer by trade, and is an (allegedly) humorous z-list YouTube celebrity by pure happenstance. He's snarky, raunchy, and has a legion of loyal, loving fangirls (and fanboys). LaughingMan put his previous YouTube channel on the back burner in order to spend a few years "sharpening the axe" by relearning most of his skills as a hack web programmer. He has also been spending most of his spare time learning game programming so that he could fulfill his childhood dream of becoming a game designer. He is currently the jack-of-all-trades in Black Shepherd Games as game designer, writer, visual artist, sound developer, and gameplay tester. Additionally, he is the video editor, social media optimizer, and copywriter for Black Shepherd Games.

Nat is currently a graduate from a prestigious British video game development university where she studied game theory, game design, and game programming. She became a fan of horror games beginning at the tender age of 4 when her dad left Resident Evil 2 running on the PlayStation. She's also been a true crime efficianado since she was young enough to do a Primary School presentation on her encyclopedic knowledge of Jack The Ripper. Nat is currently the co-creator of Black Shepherd Games with LaughingMan, and is the lead programmer, as well as a co-designer and co-writer on our upcoming projects.

Our third, unaccredited member or Black Shepherd Games is our German Shepherd mix mascot, Calamity. While we originally wanted to call our game studio "Calamity Games", we felt it was a bit too ominous... Calamity, or "Puppers" as we often call her, is the inspiration for the name Black Shepherd Games.


Our first large project is a horror game concept that Nat and LaughingMan have refined after they discovered that they were both fans of 2D horror games, such as Silent Hill 2 and Clock Tower (SNES). The game is in the early conceptual stages, as we're working on what sort of gameplay system we believe would lend itself best to a 2D-like survival horror experience. However, we've been working with our artist friend, The Fuboo, to help shape what the final game could look like.


We stream regularly to our Twitch channel, and our streams are public and archived on our YouTube channel. We also bring our Platinum Shepherd Patreons into our chats with us, and often play the games that they recommend in order to either give us inspiration for our upcoming horror titles, or to just kick back and have a fun night of gaming among friends.


We have a great time with our Patreon supporters, chatting with them in the comment sections and playing with or against them in online games.

LaughingMan and his long-time friend, LlamaPockets, have begun making simple video podcasts on YouTube where they talk about all things video games. Our discussions cover game events, reviews, hidden gem games, and even our guilty pleasure games:

We want you to make you feel like you're actually being rewarded for your support. In other words: No intangible "we'll follow you on Twitter" or "your names in the credits". (Unless that's something you actually want, that is. We'd be happy to do it.)

We'd prefer if we actually did something to not only keep you in the loop on our progress, but also make you feel like you are part of our growing community of friends. And in all honesty, we've met some great people through their contributions to our Patreon.

Our incentives include: And so here we are. You've heard our story. So, if you'd like to help us create new and exciting game content, please help us out anyway you feel like it. In return, we promise that we'll do our best make it worth your while by bringing you the best content we can!