is creating Economics from the Top Down 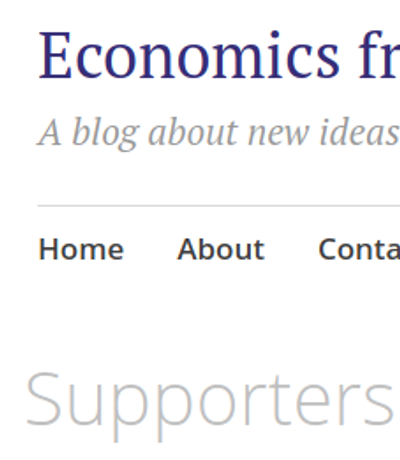 $1
per month
Join
You're amazing! You're helping me forge a new approach to economics and communicate my findings to a general audience. Here are the perks: 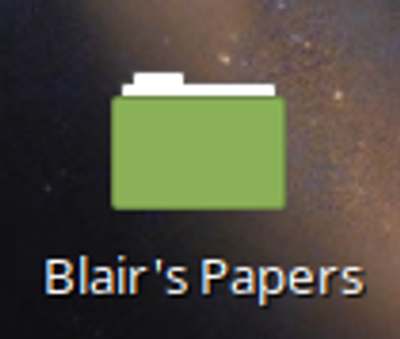 $3
per month
Join
All previous benefits, plus: 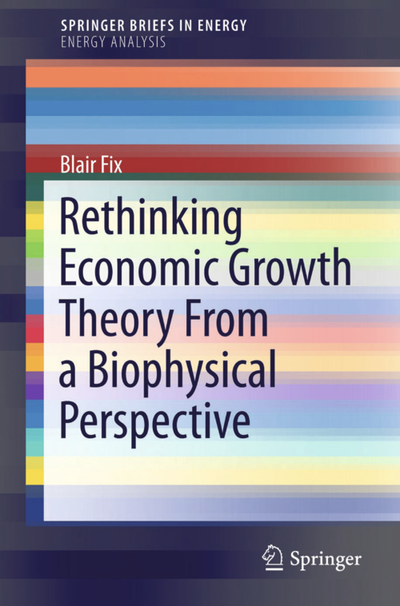 $5
per month
Join
All previous benefits, plus:

Our society is on a collision course with disaster. We're pumping out CO2 at an alarming rate, burning every fossil fuel we can, all the while letting inequality explode. Amidst this oncoming catastrophe, mainstream economists are asleep at the wheel. Instead of studying reality, economists study fantasy worlds.

I'm working to change this.

I'm a PhD-trained political economist interested in energy and income inequality. I'm committed to replacing mainstream economics with real-world theory. My blog, Economics from the Top Down, is where I share my ideas.

What's with the name? 'Economics from the Top Down' refers to the top-down flow of power in a hierarchy. I study hierarchy because I believe it's a key part of how humans organize.

Skeptical? Think about your daily life. You probably work in a hierarchy. You vote for the leaders of government hierarchies. If you're wealthy, you may even own a hierarchy. In short, hierarchy is everywhere in your life. Yet it's absent from mainstream economics.

I'm working to fix this. I'm building a new approach to economics that puts hierarchy at the center.

I've just starting this journey, but the results so far are exciting. I've shown that economic growth --- the runaway engine that's driving climate change --- is connected to the growth of hierarchy. And runaway inequality? That's related to hierarchy too. I've found that rank within a hierarchy affects income more than any other factor. Moreover, the growth of hierarchy may explain the origin of inequality itself. So when it comes to unsustainability and inequality, the fingerprints of hierarchy are everywhere.

Here's where you come in. I currently do my research from outside academia. As a renegade economist, I'm happy with that. It means I'm unfettered by the academic hierarchy. But it also means I do science on a shoestring budget.

As a patron, you can help me continue my research. You'll be part of the movement to revolutionize economics and find solutions to our pressing problems.

$316.44 of $1,000 per month
Doing science is a full time job. But I currently work outside academia, which means I do two jobs at once. If I hit $1000 per month, I'll have more time to devote to rethinking economics and to communicating my ideas to a general audience.