Acolyte of the Invisible

$3
per month
Join
As a B&BM Acolyte, you gain full access to all of the general content I publish, including:


You gain access to the maps, monsters, spells, classes, bloodlines, and magical items I create throughout the month.

$9
per month
Join
As a B&BM Operative, you gain full access to all of the benefits in lower tiers. You also gain:

$20
per month
Join
As a Bloodlines & Black Magic Aspirant, you gain full access to all of the general content I publish weekly, including all of the benefits in lower tiers. You also gain: 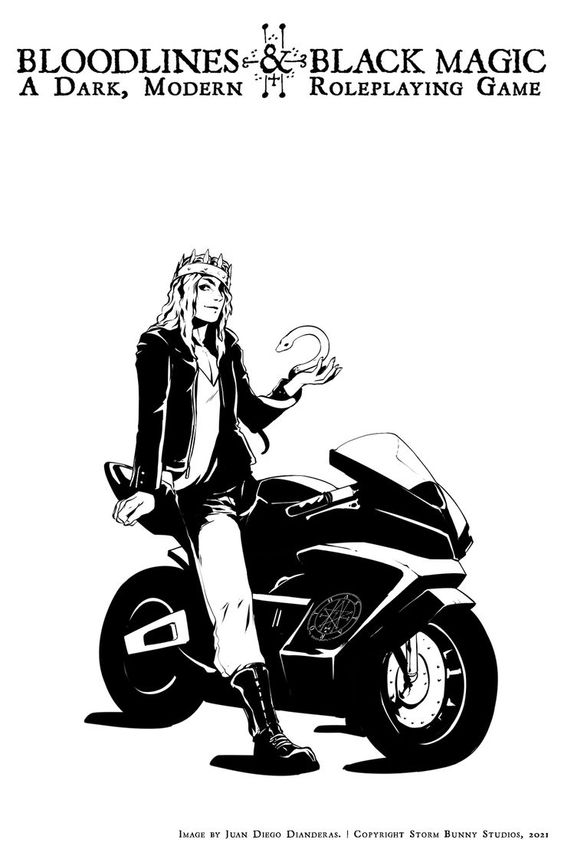 
Over the years, I have developed a large quantity of material for the Bloodlines & Black Magic Roleplaying Game here on my Patreon, and earlier this year, I decided to shift this space more to serve that game. While all of my older content for Alessia and Rhune remains, the majority of my future posts (both paid and free to the public) will focus almost exclusively on this game.

<h5>What is the Bloodlines & Black Magic Roleplaying Game?  </h5>The Bloodlines & Black Magic Roleplaying Game is a d20-intuitive game designed for play in a modern, strange world that mirrors our own. Built around the d20, fans of the 5th-edition of the most popular roleplaying game will have little problem understanding our modern adaptation of those rules but given some darker twists. What are those?

I talk a great deal about monsters and the seasons of play herein.
<h5>What's the story behind the Bloodlines & Black Magic Roleplaying Game? </h5>The Bloodlines & Black Magic Roleplaying Game was born in early 2018. Originally, this version was intended to be a 5e-modern adaptation of our earlier game, but as we converted the game (and played a lot of it), we made additional changes; over time, the 5e-adaptation became something of a hybrid again.

After several more months of discussion, I made the official call and focused on completing the game, which I did earlier this year.

<h5>So, why should I back this Patreon? Why not just buy the book?</h5>You certain should (and can, here). If you want to support me directly and learn a lot more, Patreon is a great path to doing that.

<h5>The Bloodlines & Black Magic Patreon has all the fun, weird background details.</h5>I talk about the game, my plans for expansion, and my hopes for a larger, interconnected community of creator-fans (hopefully using a combination of Patreon and World Anvil), giving these supporters access to an expanding, collaborative-fictional world based on the world we originally created for the game.

<h5>So, are there other perks?</h5>
Yes. Patrons will get access to my Discord, our World Anvil (as we develop it), and will get early access to all the bonus/special content we create for the world, including snippets of stories, bits of lore, clues, whispers from the Invisible, and other weirdness as I create/develop it.

24 of 28 patrons
When we reach this goal, I will produce a small, seven-page PDF that details The Grey Tower, a special, traveling dimensional space that hosts several permanent gateways to other realms. This will include information on those portals, their attunements (their keys), and areas the characters can safely explore.

Note: This PDF will be Patreon-specific, but may contain material from issues of Whispers & Rumors (when needed or otherwise appropriate).