$2
per month
Join
You have been granted access to my Patreon feed! Enjoy!

$3
per month
Join
Even more content coming your way, including videos and my art!

$5
per month
Join
This tier is all about the podcasts, namely exclusive extras!

Hi, my name is Brant Fowler, and I fancy myself a creator of stuff and things.

I am the Co-Publisher and Editor-in-Chief (EIC) of my own comic book company, Last Ember Press (LEP), which was launched in 2015. I also write some of our books and letter all of them. But that’s not where my story or experience begins.

Since about the year 2000, I have been working in and around the comic book industry. I’ve worked as a reviewer, columnist, journalist, editor, I’ve run comic news websites, worked for an indie comics distributor… you name it. I’m probably most known for my lettering work, though, having lettered books published by Image Comics, Action Lab, Moonstone and more since the early 2000s. I also did flatting (color separation) on a number of books published by Marvel, DC, Dark Horse, IDW, etc.

Since 2009, I’ve hosted a round table, comic talk podcast called Zone 4, that currently airs live on YouTube every Friday night on Comic Frontline. I’ve done many other podcasts over the years as well, some that may come back from time to time if the mood strikes. 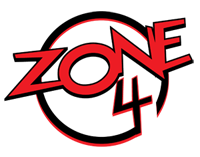 Speaking of Comic Frontline, that is a group comic review and discussion channel I’m a founding member of, which launched in 2014, though we were on another channel together for a couple of years before that. We still do weekly live shows, reviews, rankings and more.

In addition to all that, I also have my own YouTube channel where I post a weekly series called Monday Musings, which is basically what it sounds like. I talk about random things on my mind for 4 minutes or less every Monday. I also post singing videos and vlogs on there from time to time. And I like to draw when the mood hits me, and I’m using this page to motivate myself to make drawing a regular part of my weekly routine.


Now that you know what all I’ve done and am doing, you might have a pretty good idea about what kind of content you’re likely to get on this page already. But before I lay all that out anyway, I’d like to say something about your support.

In all my years creating comics, singing, writing, making videos and so forth, I’ve come to one important revelation: The support of others makes it so much more fun and easier to do! That support could come in the form of monetary contributions, sure, and that always helps. It can also come, however, in sharing my work with others, leaving comments or thumbs up, shooting me a message to let me know how you feel about whatever I’m creating. By subscribing to my channels, listening to my podcast, or reading the works I produce.

Whichever way you decide to support me and my work means the world to me, and makes me want to continue putting it out there for the world to see, hear, feel and enjoy.

If you do feel so inclined to become a Patron, first and foremost, again, I can’t thank you enough for your support! What you’ll get for that support, based on your tier, will include things like:


Some of the things I plan to use these funds for may include:


I love interacting with my supporters and I look forward to being able to share even more of myself and my art with you. Thank you for continuing to support my work!

Here's a link and a video detailing what exactly Patreon is all about:

$7.02 of $20 per month
When this goal is reached, we will launch a brand new podcast exclusively for Patrons called ZONE 4: AFTERMATH! 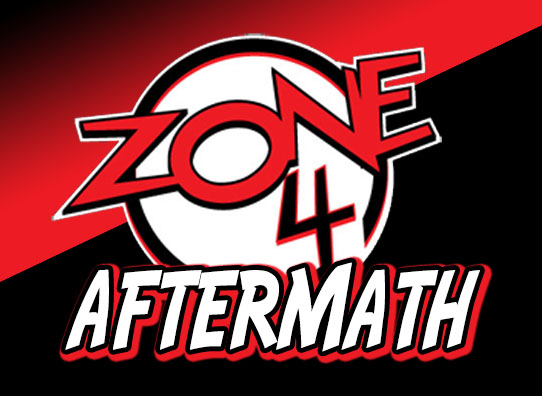 The first episode will be free to everyone, the rest of the series will be a Patreon-Exclusive!