is creating Capsella The Lights of Lucern and other video games!

Squire of Lucern
$1
per month
Join

Lucern will be safe as more of us take up arms and contribute to the cause!

We march to stem the gloom’s sway, we fight to keep the darkness at bay!

I pledge my noble vow - my blade shall not rest until Lucern is free of corruption!

Bravery Software - and its first project Capsella Light of Lucern - is the brain and heart child of Rogério Pacini, along with a host of collaborators, contributors and freelancers.

Since Rogério is the creative lead on the project, getting to know him better might shed some light on the game and the creator’s vision for it.

“My game development journey began in the days of Nintendo 64 and Mario 64 and The Legend of Zelda: Ocarina of Time. In retrospect, even then I knew that THIS - making games - is what I want to do. But, life has a funny way of running circles around you… But games were always present for me - helping me get through low periods and enhancing the good times.”

“So, as soon as I was able, I started teaching myself how to make games - everything from coding to game design to creating 3D environments. I devoured everything I could get my hands on, from books to tutorials to knowledge-sharing forums. This has led me to create my first project - a mobile game. It’s best to start small! Me and a group of friends actually finished the project and it was ready for art implementation… Unfortunately, they decided to pull out and the game was never released... ”

“This was another down-point in my life I’ll admit. I thought a change of course was necessary. So, I applied for a job as a Quality Assurance Tester in Electronic Arts Brazil and was accepted. Working in EA was lots of fun, I met some awesome people and learned a wide scope of things. But, I had the feeling I would never evolve and get to make my own games… So, I decided to leave the company and start my own studio.”

“That’s how Bravery Software was born. It didn’t take me long to make a prototype for Capsella - in a way that game was always on my mind. I showed it to some close friends and that's how I met Gabriel Meyer who decided to join me. He created the first character models based on concepts from freelancers while I coded in Unreal and created the environments. Soon after, we were joined by Milan Kovarbašić as a sound designer. The three of us created the first real build of Capsella that can be found on Steam as an Early Access.”

“The game started evolving from there, and we collaborate a number of freelancers to help us with various things. Una Isailović joined the team as a concept artist and 2D generalist. So… Bravery Software began from scratch - just me with dreams and ideas and now we are a proper studio based in Brazil but using the advantages of remote work.”

“I’m also proud to announce that Capsella Light of Lucern was selected as a finalist at the Panorama Brazil Venue in BIG Festival 2019 and that we participated in Tokyo Game Show 2019 and received overwhelming approval and support from both the audience and the potential partners. ”

“It’s been a long journey to get to this point, a lot of hard work and dedication. But I am so very happy with the results. I know that - together with you - we can make an excellent game. This is why we need your help!”

Capsella - The Lights of Lucern is a party-based action RPG that puts emphasis on collaboration and teamwork. 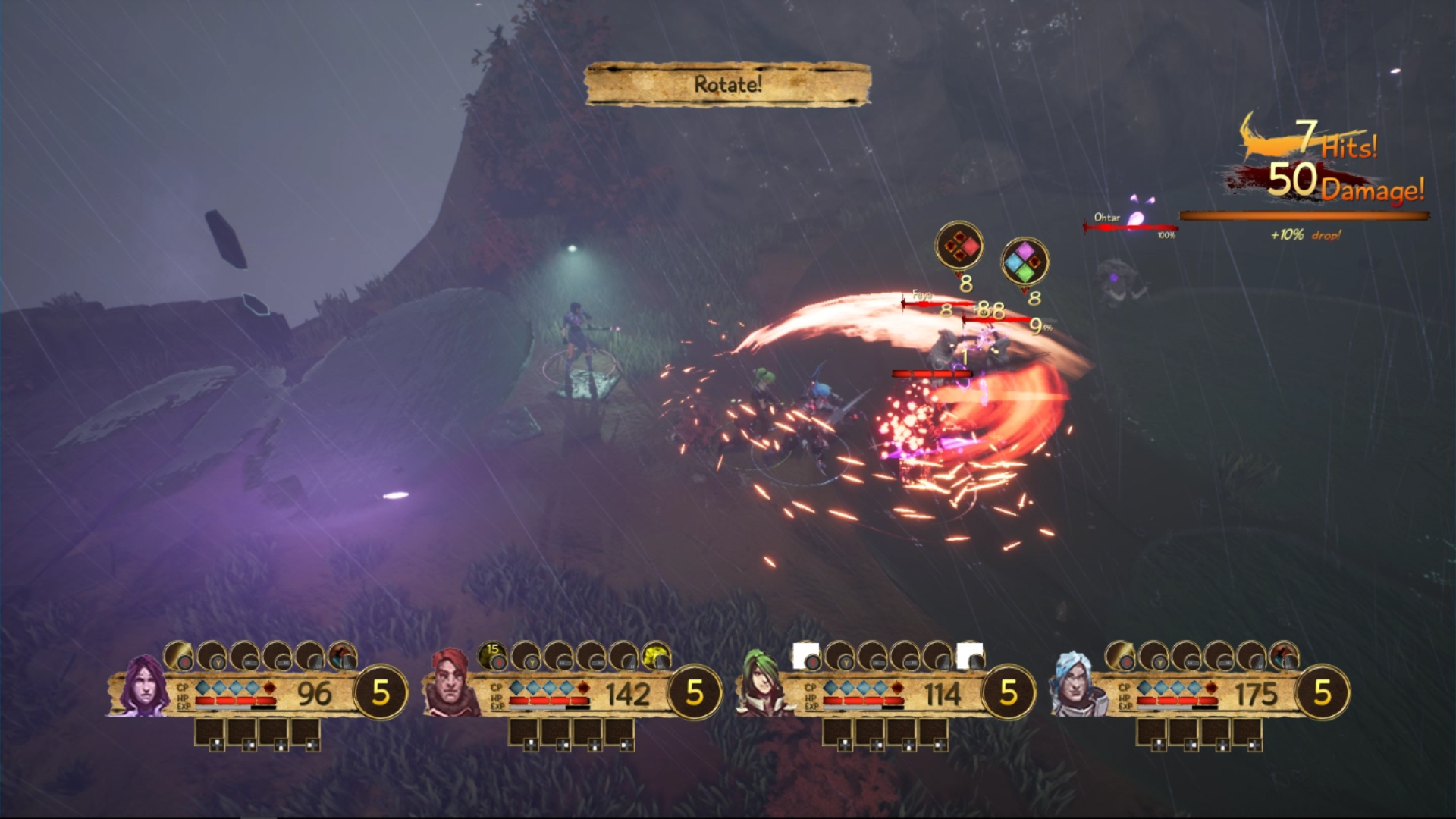 The game is a unique combination of two genres of RPGs.
From MMOs (such as Rangarok Online, RF Online, Final Fantasy XIV) it draws inspiration for equipment and upgrades, character’s techniques (abilities), dungeon layouts and boss fights.
JRPGs (such as YS Series and Final Fantasy: Crystal Chronicles) influence our gameplay and the party-based mechanics.

Our guiding design principle for Capsella is to create an MMO experience enjoyed from your couch with friends, either online or in local co-op. We want the players to explore dungeons, create various tactics and defeat groups of enemies and kill adrenaline rush inducing bosses - all without the time-consuming leveling of classic MMOs. 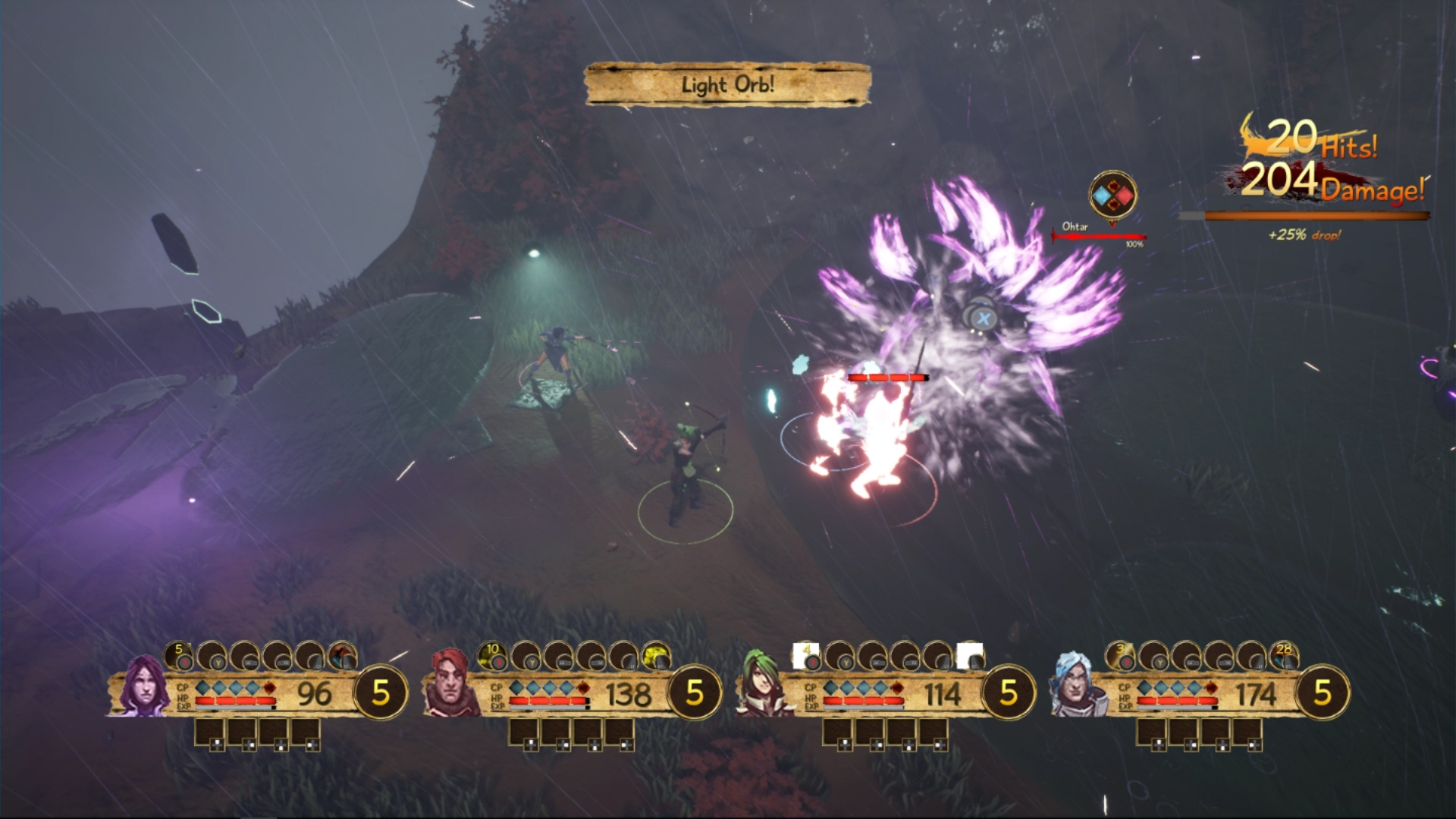 You can play as four different characters, each featuring a unique playstyle and set of techniques. It is up to you to discover your preferred way of fighting and to learn the varied synergies between the characters, as each of them performs a key role in the party.

Lucas Rochben is a knight who understands that a shield and a sword are one whole weapon and that defense is the best offence.

Aran Hathel is a mighty warrior armed with a two-handed weapon and can unleash earth - and bone - shattering blows.

Laurina Thoron is a swift archer who focuses on staying out of harm's way and dealing damage from afar.

Ambar Aranel is powerful mystic who can sense the flows of magic and shape them to his will - either to do harm or protect his comrades.

When you select your characters and are joined either by online or couch friends - or your AI allies in case of you’re riding solo - you will find yourself in Aina’s Sanctuary. From there, your journey to save the world of Capsella can begin!

Lucern - a dimension in which the game takes place - is only a fraction of a multiverse called Galad. Somehow, somewhere, strange corruption have crept into the Link Crystals - magical formations that bind Galad and keep all dimensions together. Left unchecked, this corruption will disrupt the balance between the light and darkness and with it shatter the connections that bind all the dimensions together.

If this happens, the universe will be a solitary and mournful place… So, Aina - a great Goddess - has chosen four heroes who have seen the light in their darkest hours. She has blessed them with the keeping of a powerful artifact called Capsella - the only thing capable of dispelling the corruption cast upon the Link Crystals.

But… What, or who is responsible for this corruption? Is it a natural phenomenon foretelling the death of Galad or a machination of a conscious mind?

What do I receive if I fund this project?

There are many tiers of rewards for supporting Capsella, our eternal gratitude being among them!

Every person that donates even a single dollar will be listed in the game’s Credits! Remember - your little means a lot to us.

Depending on the Rewards Tier, every Patron will gain access to our community Discord, along with special perks!

Every two weeks we will publish a Special Post on Patreon. These Posts will mostly deal with general game design and development topics - such as analyzing mechanics in games that have influenced Capsella or discussing the nuances of action RPG genre.

Every four weeks - and more often if we are able - we will publish a Development Post on Patreon. These articles will offer unique insight into Capsella’s design and development and is intended to be holistic. So, one post might deal with coding, one with level design, others with the creation of sound effects and so on...

For both Special and Development Posts we intend to work closely with you - our community. This means these posts will deal with matters YOU want to read about.

All Patrons who donate 10$ or more will have access to our Early Access build on Steam. This means we will send you the key and you can go an play Capsella right now!

Ever Patron who donates 20$ or more will have access to Exclusive builds. This means you will be able to play newly implemented mechanics and features before anyone else and provide us with your feedback.

Those generous Patrons who donate 50$ or more will get another copy of the game upon release. This will allow you to play Capsella with a friend of your choice, on the platform of your choice!

Also, we will engrave the names of all of our 50 dollars or more Patrons in a pillar. This object will be kept in Bravery Software’s studio as a Studio Memorial.

Lastly, those magnanimous Patrons who donate 150$ will get to name an in-game NPC! Of course, the name will have to be non-offensive and related to our world.

Capsella - The Lights of Lucern is designed for release on PC, Xbox, PlayStation 4 and Switch. We are also planning to make our compatible with the new generations of consoles.