is creating Hope of the Water Spirits 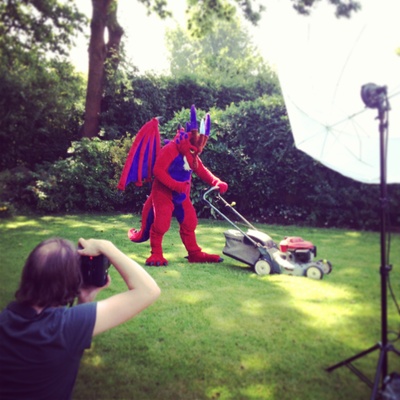 $1.50
per month
Join
Every Patron is precious to me and without you this project will sink not swim, so why not be an Oyster Patron today, only £1 and you're away. 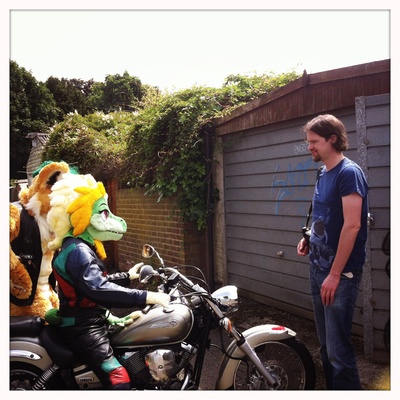 $4.50
per month
Join
Make a bigger splash by backing Hope of the Water Spirits to the tune of £3 a month and you could be a Flying Fish Patron today. 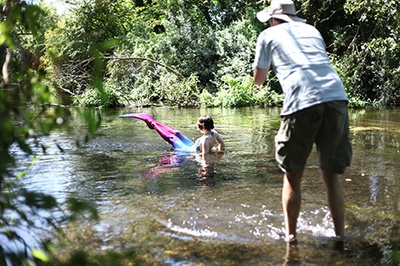 $7.50
per month
Join
Take it old school by joining my school and signing up to the Dolphin Patron.

"It's freeing and nostalgic, something in touch with childhood imagination, like you are able to finally give vision to a pure wish. I always wanted to meet a mermaid as a kid and I feel like I'm able to give myself that. It's a playful combination of feminine expression but also freedom in water, something which, without a tail, I feel clumsy in! You are giving life to a fairytale all your own" Alex, a mermaid from Maidenhead.


Welcome! My name is Tom Broadbent and I'm a photographer, picture editor and author.

My photography captures personal stories, the magical and the spiritual lives we make for ourselves — our other lives, whether they’re hobbies or vocations in which our true selves come to the surface.

After the success of my book and project At Home With The Furries I’m asking for your support to help fund a new journey exploring another magical world, one inhabited by mermaids and mermen.  The project is called Hope of the Water Spirits.

Alex, a mermaid from Maidenhead. This image was made at Little Britain Lake, one of her favourite spots to swim.

Now I need your help to pursue making this project that really resonates.  It will take us into another fantasy world, a point of refuge in a calm place of the imagination we can return to again and again.

Join me here on Patreon to enjoy an early glimpse into the photographs I’m making, along with the extraordinary stories and experiences we would like to share with you, our patrons.

Hope of the Water Spirits will take the form of a book.  In return for your support, your name will also be listed on a special page in the final publication, acknowledgement and thanks for helping to make this fantasy world into reality.

I'll also be sharing stories from the making of At Home With The Furries, as well as practical tips and thoughts that went into creating that project as well as publishing the book.

In addition, I'll be sharing my experiences of successful crowdfunding photobook campaigns and revealing some of the essential methods that go into creating and running a Kickstarter to finance a photobook project.

MY JOURNEY SO FAR

I published my photobook, At Home With The Furries, in 2018 and it brought to an end a long journey of discovery that took the best part of 10 years to achieve.  It was a successful project because I built an unbreakable level of trust with the furry community in the UK.

I had met the furries in 2008 during a magazine photoshoot and simply put, I connected with them.  I saw this quite incredible subculture of extremely creative people who were wonderful and kind who dressed as animal characters they had created themselves.  Some had made their own costumes, others had their costumes made by professional ‘fursuit’ makers and this one off meeting with them cemented my interest in the furries.  My initial idea of photographing furries at home in their costume doing a hobby they enjoyed or a domestic chore was in part a way of protecting their identities as anonymity behind the fursuit is an important part of being a furry.

Perhaps more than that though, I wanted to show aspects of their personality in a relaxed setting so photographing them in their home surroundings seemed like a great idea.  It took about a year of going to furry meets in London (they have meet-ups every three weeks) over the course of a year for me to get to know a few furries.  Smirnoff, a husky wolf hybrid, was the first furry to let me into his life.  I took the photograph of him below, the first for this project, in early 2009.

After that it was word of mouth that led to other furries allowing me to photograph them at home.  As I travelled the country photographing more furries, the project started becoming more widely known with fantastic features in The Sunday Times Magazine and Wired to name just two.  Someone contacted me shortly after the Sunday Times article came out to let me know that thanks to this article being published, they realised their interest in the furries wasn’t unusual thereby giving them the confidence to attend their first furry meet.

There were many great features published and exhibitions of the work along the way including The Royal Academy 250th Summer Exhibition, the Northern Eye Festival, Time Out, Marie Claire and Cosmopolitan USA.  Equally, there were many opportunities I had to turn down because I didn’t feel the publications would treat the project, and in turn the furries, with the respect it deserved.  Building up levels of absolute trust with communities for me means treating others as I wish to be treated myself.

In 2017 when my photograph of Smirnoff was in the book, 1001 Photographs You Must See Before You Die alongside work by my personal heroes of photography such as Eve Arnold, Bill Brandt, Leonard Freed and Ansel Adams, it made me realise I had to take this work and my photography a lot more seriously.  Inclusion of one of my photographs in this photobook gave me the belief to push forward with my own photography and publish my own photobook of the furries.  I achieved this goal a year later in 2018.

Over the years my project At Home With The Furries has brought a lot of joy to anyone who has seen an exhibition, a photograph online or bought a limited edition print or a copy of the book.  This project has connected with how we should all try to hold onto a sense of childlike wonder.

COMMENTS FROM SUPPORTERS
“We love the book, it is truly exceptional in every way. Many thanks for signing it for us!
Everyone who comes over is drawn to the red book and once they open it, there is always a fight over it! Ha! It completely pulls you in. I wish you so much success on this project, it deserves it!” - Ashley Dyson, New York

“I’d seen images from your project in various magazines and online before buying the book so was familiar with some of the images. But your book is brilliant - from the fabulous cover, the beautifully executed intimate and empathetic images to the lovely notes and information about your collaborators - all really captivating. It’s a book that we return to a lot - it hasn’t lost any of its charm and loveliness even after repeat viewings and readings.” - Richard Olivier, UK

"I really like Tom's book, because the animals are doing everyday people things but, they are a different species. My favourite character is Sky, she is blue which is one of my favourite colours. I really like her costume. The paw print on the cover is really cool and unusual." - Lola M - Aged 9.5yrs, London

"I ordered the print today! Just can’t wait; it brings a smile to my face every time I see it." -  Gaynor Kebbell, UK

YOUR HELP IS NEEDED
Now I need your help to produce this project.  I'm planning to make a big splash with Hope of the Water Spirits and I hope you'll join me on this voyage.