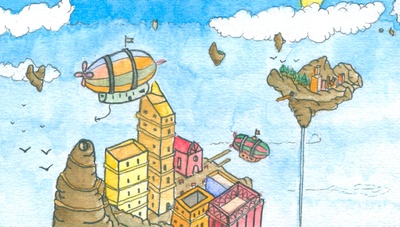 $4
per update
Join
Everyone at this tier will get the drafts of each version and the final PDF of the games when they are completed. 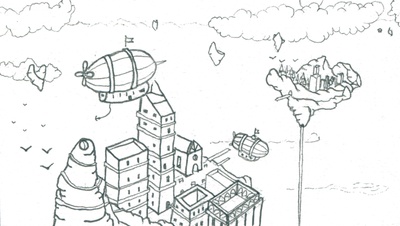 $6.50
per update
Join
Everyone at this tier will see the work-in-progress spreads as I complete the drafts of each section, and have a preview of the drafts before anyone else.

Brokin Teef is a fantasy role-playing game where you play scavengers exploring, surviving and thriving in a world of islands drifting through storm-riven skies.
You are members of a gang, competing for resources, exploring and scavenging in ruins, getting into scraps, trading, besting, and allying with other gangs and confronting or avoiding monsters.
The game focuses on expeditions to the islands or ground in search of salvage, food, ancient tech and other resources. You can interact with other gangs, battle monsters, explore ruins and survive in the barren wastelands. You travel between locations in makeshift flying vehicles barely held together by the junk you scavenge, and fight with weapons ranging from crude clubs, forged swords, and ancient tech that you have managed to find.

14 of 50 patrons
Discord
If I reach 50+ patrons I will set-up a Discord chatroom for al patrons.