Bury Me in Exile

Bury Me in Exile 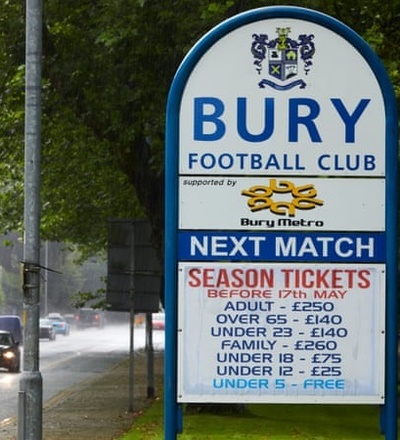 Supports the continuation and growth of my work, plus the occasional patron-only posts!

With my blog Bury Me in Exile (burymeinexile.com), I've been writing about the Shakers for nearly three years. Unfortunately, their expulsion from the EFL, coupled with my move into freelance writing as a career, has meant that I have had to diversify what I write about in order to continue pursuing my passion and ambition.

The blog itself and future video and audio content on YouTube and a podcasting platform (to be confirmed) respectively will always be free for everyone to access. I've yet to make any money whatsoever from my blog itself since its creation, with the ads on the site not generating enough revenue to pay me more than the minimum $200 threshold WordPress specifies to pass that along.

I'm not a fan of asking for money in any shape or form, and any money received through Patreon will have no direct effect on the type of content I produce - that is, I'm not simply going to start chasing the money, I'm going to continue writing in the same manner I always have, which has received excellent feedback from people within and without football.

I greatly value the small but extremely dedicated readership I have garnered up until this point, having started BMiE as a way of overcoming overwhelming grief and a deep dissatisfaction about the way my day job/career was going, having ignored doing what I was good at and took enjoyment from doing for far too long. BMiE did start with a slightly lighter tone to reflect the 'hobby' aspect of its formation, but soon developed into a more serious body of work.

With the above in mind, I have taken the step of creating this page you now find yourself on. Hopefully, If you have read this far, it means you are at least mildly interested in BMiE, which earns you my eternal gratitude - please read below to find out more specifics about my plans for the future.

How are things going to change?

'If it ain't broke, don't fix it'. As much as that mantra is a little tired, it does ring true for me and my plans. Events outside of my control (especially surrounding Bury) have dictated to an extent the path I am now on. The style in which I write will remain exactly the same, which is kept consistent across my social media channels.

How much are you asking for?

$3 a month. As simple as that. If you want to contribute more, I won't say 'no', but I wanted to ensure it's as simple and as low as possible. I only envisage this changing if I receive a lot more support than I've bargained for!

To be able to make enough from BMiE and my freelance work for others to never have to consider going back to a career I hated. The figure in my head is comparatively low to be able to achieve that. I also want to finish my (football) scouting studies and gain press accreditation. Obviously, I also hope that the bulk of what I write about can return to being about a club with 'Bury' in its name, but there are no guarantees of that...

Recent posts by Bury Me in Exile