is creating a new voice for craft beer and its culture.

Its love! This is the virtual equivalent of friendship bracelets. You're one of us. Just a tiny amount each month shows that you care, and gets you access to all our Patreon updates—that's behind-the-scenes musings, exclusive stories, first-to-hear updates and a warm glow of inner joy.

For only the price of 0.568 litres of craft beer (don't worry, we're not asking for a Westbrook Mexican Cake) you'll become our pint-sized pals; helping to further the Caña cause.

What's more, we will endeavour to try and return the favour. If you're in Barcelona or at a major beer festival and our stars align, we'll buy you a physical brew back—just give us a yell. After all, we're BFFs already.

One for the curators and the movers-and-shakers, you'll join our private quarterly art club, in which you'll receive exclusive and limited small-format giclee prints, postcards and so forth. You'll also receive a mammoth 40% discount on large prints that we release in the future.

Subscribing at this tier will kick off with a hand-numbered A4 giclee print of the artwork we commissioned from Jose Mendez for the original Caña Issue One.

Caña is a media platform taking a fresh approach to craft beer and its culture. That might mean anything from a food-forward farmhouse brewer to a third wave coffee roaster; a restaurant dedicated to smoking and fermentation, or an emerging artist bringing new life to beer label art. It might just mean a gonzo report from the frontline of drinking. It is about artisans and creatives; real people and the love of a good beer.

We are dedicated to producing editorial that stands out from its peers, that is inclusive and diverse, inspired and inspiring—but never ever taking itself seriously. This is a platform for those who adore beer and adore drinking it. We don't assume you know the flavour profile of every hop, nor the processes behind each style; Caña is not a research paper, it is a way of life. We are creating a new voice for craft beer and its culture. And you are a part of it.

In autumn 2017, Caña magazine launched a Kickstarter to fund its inception. Although we made a respectable €6,313, the campaign still fell well short of our goal. We made mistakes: sought funds to print two issues, implied our focus would be more on art than beer, and confused with rewards (among plenty we would have changed). But hindsight, as they say, is 20/20. In the end, what we raised would have been enough to print the first issue, but the experience has improved our offering.

As well as giving us time to better understand what Caña is, the Kickstarter gave our project exposure to a wider audience, and we were humbled by the loyal following that became desperate for our success. We later released a popular weekly newsletter that Hop Culture called one of its '10 Best Books for Beer Drinkers in 2018' (even if it wasn't actually book) and curated an exhibition at Barcelona's Garage Beer Co. which received recognition from renowned publications the world over.

Two years later and Caña is back. Having just launched an online magazine—set to deliver a mixture of in-depth editorial, new openings, latest news and dispatches from the world of craft beer and its surrounding culture—we already have plans for making a fresh assault on the independent print industry, and have intent to produce thought-provoking and convention-defying events that we hope will take craft beer to new heights. And we're looking for your support to ensure these plans are everything we imagine. 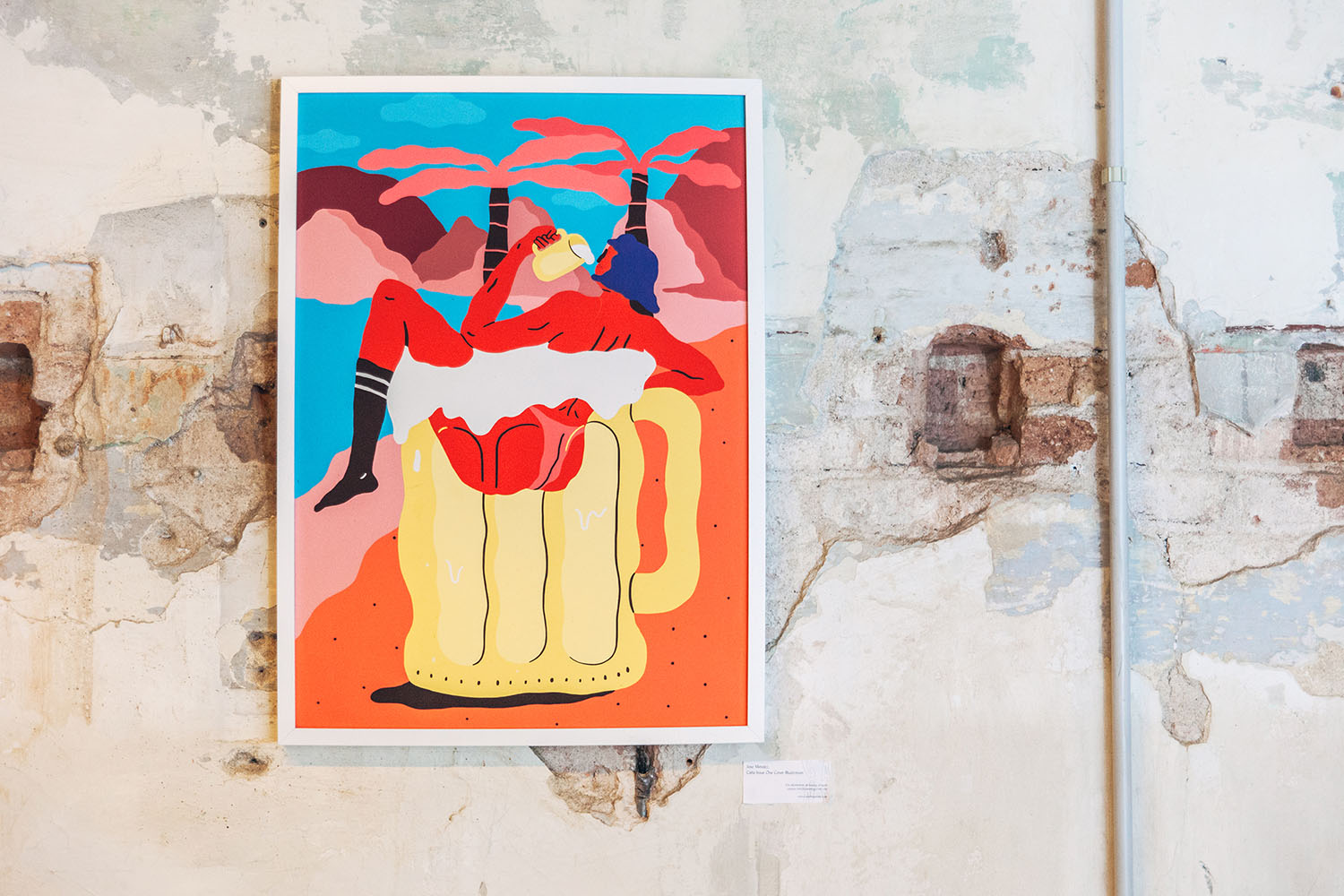 Caña: Beer Culture exhibition at Garage Beer Co., Barcelona.
Photo © Sergio Ävila
With a focus on challenging the current space and helping to drive forward craft beer and its surrounding culture, Caña will be paying the best writers, photographers and artists to produce exclusive content online; whilst continuing in our ambitions to realise fiercely-independent, high quality print publications. Your support may help us to release beautiful zines dedicated to particular niches; you might help fund an event that sees craft beer explored in new spaces; allow us to collaborate with the artists and makers who inspire us ... most importantly, your support helps us to create the content that you crave.

From just $2 per month, you can help shape the future of craft beer and its culture.

$11.78 of $1,000 per month
Hitting this target allows us hire more of the very best writers, photographers and artists out there, to produce more ambitious and progressive online editorial, to create limited-run merch and art prints, and to invest more time into furthering our offline ambitions.
1 of 3