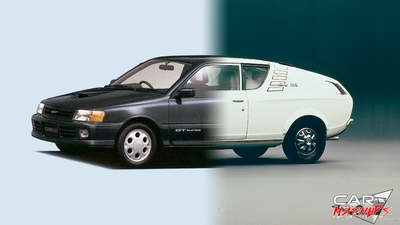 You are a fan of Carmashups and support the site 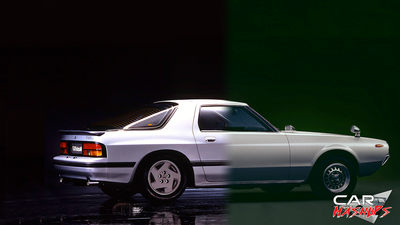 The idea behind Carmashups.com is to take two cars, mashup their looks and specifications to create a totally new car. The cars used don't necessarily have to be from two different brands even two different models by the same brand. So it could well be that you would encounter a car mashup of two cars by the same brand on this site. The what if makes it more fun, right?

Carmashups is currently developed, created, hosted and run by one single person. I’m better known as Banpei and have a long track record in the so called Japanese car scene. It all started in 2004 when I founded AEU86, a community for the European AE86 owners. In 2007 I started blogging on my own private blog banpei.net, but soon realised some of my tastes were too excentric and started another blog called bosozoku-style, covering the weird kaido racer and zokusha car styling from the 70s till 90s. That resulted even in the creation of creating the bosozoku style coloringbook!

I know have a bit of a different view on the world and look differently to things around me, which tends to make me more creative and I get all sorts of ideas in my head. Once I get creative in my head, I can get into an urge to actually make this idea into reality and write everything down in small little booklets that I carry around everywhere I go. Most of the time the brain-dumps never see the light again and these pages in the little booklets remain closed, except for the very few good ones like this. Or at least, I hope that this actually becomes a great idea… ;)

Carmashups is a website that takes two different cars and mashes them up to create a totally new car. The inspiration for this came from various sources: kaido racers / zokusha and also the children’s book Crocopotamus by Mary Murphy. The latter became a good inspiration as the children’s book flips open on both left and right side, so you can mix and match the front and back of an animal.

I have been building this website over the past eight months mostly during my daily commute back and forth to my regular job. Why did it take this long? Both the research of a car and drawing of blueprints costs a lot of time and so far I have been able to push out a new car every two to three weeks and the grand total on launch is 9 cars.
I need help to keep adding new cars to the list and that's where you can help out! Also as a patreon you will receive the right to vote for every next car to be added: I'll take the car submissions from the website and you will decide which one will be implemented!

One of the (research) attempts I made was an experiment with AI and see if I could generate the textual content using artificial intelligence. This proved to be promising, however it would have taken me another year in commute to get it mature enough. One of the goals is that I'll continue to develop the AI and share the results with my patreons.