is creating "The Ephemerata: Shaping the Exquisite Nature of My Grief" 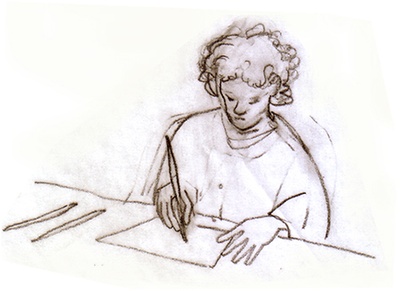 Thanks for your support! Come visit the farm sometime. 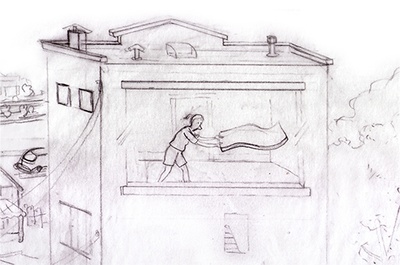 Thanks comics friend! You have access to the little bloggy thing here, where I'll post various random sketches, photos, and etc. Plan your farm visit. 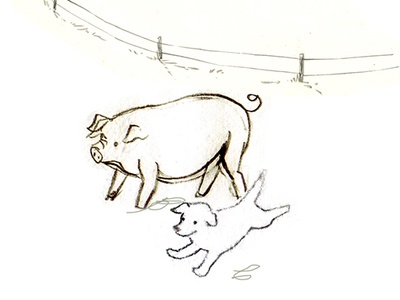 Welcome comics and farm lover! You have access to the blog thingy and I will send you some basil grown this year at the farm. Come visit when you can.

My name is Carol Tyler. I write and draw comics stories that eventually become books. The awesome list: Fab4 Mania, 2018 (about seeing the Beatles in 1965), Soldier's Heart, 2015 (about trying to figure out how to connect with my WWII veteran father), Late Bloomer, 2007ish (about trying to be an artist with a kid), and The Job Thing, 199? (miserable jobs). All from Fantagraphics. These books have 12 Eisner Nominations, 2 LA Book Prize nominations, Master Cartoonist, Society of Illustrators Gold Medal, and so on.

My next project is a graphic novel about a very dark time I have been going through recently. I lost many loved ones in a short period of time and it stopped me cold. Coursing through the emotional depths has been tough, because the people I lost are the people I've been drawing/writing about since the 70s. To draw about them now is hard. Also, I inherited a lot of of their stuff. Sorting, processing -- too much!

And then, not long ago, I learned that in the next couple of years, my house is to be taken by eminent domain. The Zoo is expanding. So on top of grieving losses and processing stuff, I have to move.

Found a funky fixer-upper farm out in the middle of nowhere. Love it. Love that amazingly it requires the use of many obsolete tools that Dad left behind. It feels good to be there and work on things. Honestly, I'd say the farm has saved me. I feel inspired in ways I cannot begin to describe. Eventually, I'll share the farm as a retreat place for comics makers and good friends. Hold classes too, things like that. But first, I've got to get a bunch done on this comics project. Down the road, I'll have a big fundraiser for fixing the barn to accommodate cartoonist visits. Plus, we'll need a baseball diamond. (That's a no brainer.)

Anyway, here are two things to know:
1. This Patreon thing here is short term!! Only for awhile, like a year or so. I'm doing it because a friend said she wanted to contribute to my comics making, so thank you, Diana. In the mean time, plan your trip to the Ink Farm.

2. The stuff I post here on this site will be sketch material and writings from the farm and the E (Ephemerata).  Weekly. I can't do more than that.