$1
per month
Join
For just $1/month you get access to the locked posts which include exclusive updates, polls, and even pre-released video content!

Thank you for wanting to support my work!

Get The Insider Scoop

$5
per month
Join
$5+ Patrons get the INSIDER SCOOP on what's going on and what's next.

Get a SIGNED DVD of The Red Pill! 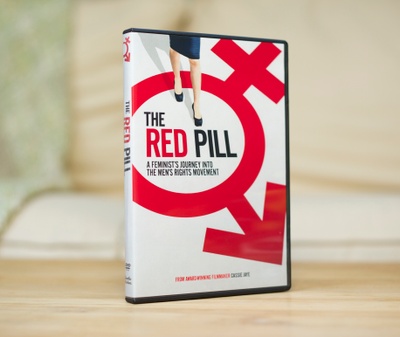 $25+ Patrons get a copy of The Red Pill DVD - SIGNED BY CASSIE JAYE!

Your SIGNED DVD will be mailed to you after your first month's payment is processed. You will be given 1 SIGNED DVD per $25 pledge. If you'd like more than 1 DVD, just add $25 to your pledge amount for each additional SIGNED DVD you would like (for example: for 3 SIGNED DVDs, pledge $75).

You will only be mailed your DVD(s) for the first month you pledge $25 or more. In other words, this is NOT a reoccurring monthly reward, you will only get ONE shipment and the amount of DVDs you receive will be based on your 1st month's pledge amount (i.e. $25, $50, $75, $100, etc).

After signing up for this reward, please message us here on Patreon with your name and mailing address.

The DVDs are 'Region 0' (meaning they can play on any DVD player in the world) and have Closed Captioning in English.

This reward is only available WHILE SUPPLIES LAST. Don't miss out on this exclusive reward!

I am known for tackling politically and socially polarizing topics while presenting various opposing views in a respectful manner. I allow my interview subjects the opportunity to share their perspectives and let the audience make up their own mind.

My goal is to continue to present video content in this style. However, I can only achieve this goal by maintaining full creative control over my films, which is why I created this Patreon.

After a year of releasing "The Red Pill: Raw Files” for free on youtube (which featured never-before-seen interview footage that didn’t make it into the final Red Pill movie), I’m now shifting my focus to starting my next big film project!

If you liked The Red Pill documentary and want to support my next film project, please consider becoming a Patron. If you want the insider scoop on what’s next, my patrons will have early access to ALL updates and announcements on what’s coming up.

If you would prefer to make a one-time donation via PayPal, here's the link: http://bit.ly/2wcWVoA

To all of my current Patrons: THANK YOU for your continued support and belief in me!