is creating The Papal Octopus

Man of the People Award

$1
per month
Join
This is the lowest amount that Patreon will let us let you pledge. 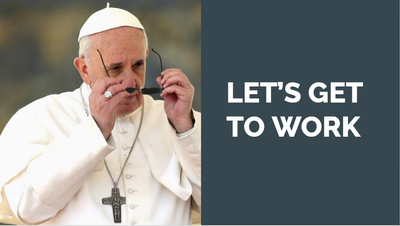 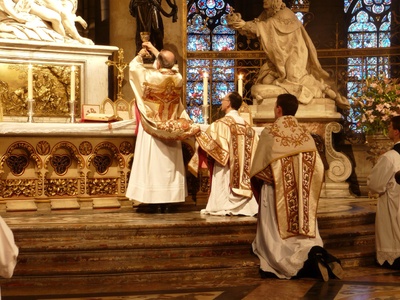 Ambiguously, we believe that Christ is the solution.

Specifically, our most recent project got more than 1000 Catholics to sign an Open Letter in support of Black Life, and secure a reverent presence in solidarity with Black Catholics at the anniversary of the March on Washington on August 28th, 2020.

We have many additional projects in the pipeline, from remembering the elderly in nursing homes ravaged by the coronavirus, to building new statues, to a vigorous defense of life at every stage.

In the long term, we hope to rally against everything in the "culture of death" described by Pope John Paul II in his Encylical Evangelium Vitae:

In fact, while the climate of widespread moral uncertainty can in some way be explained by the multiplicity and gravity of today's social problems, and these can sometimes mitigate the subjective responsibility of individuals, it is no less true that we are confronted by an even larger reality, which can be described as a veritable structure of sin. This reality is characterized by the emergence of a culture which denies solidarity and in many cases takes the form of a veritable "culture of death". This culture is actively fostered by powerful cultural, economic and political currents which encourage an idea of society excessively concerned with efficiency. Looking at the situation from this point of view, it is possible to speak in a certain sense of a war of the powerful against the weak: a life which would require greater acceptance, love and care is considered useless, or held to be an intolerable burden, and is therefore rejected in one way or another. A person who, because of illness, handicap or, more simply, just by existing, compromises the well-being or life-style of those who are more favoured tends to be looked upon as an enemy to be resisted or eliminated. In this way a kind of "conspiracy against life" is unleashed. This conspiracy involves not only individuals in their personal, family or group relationships, but goes far beyond, to the point of damaging and distorting, at the international level, relations between peoples and States.