is creating The Garden Clan. 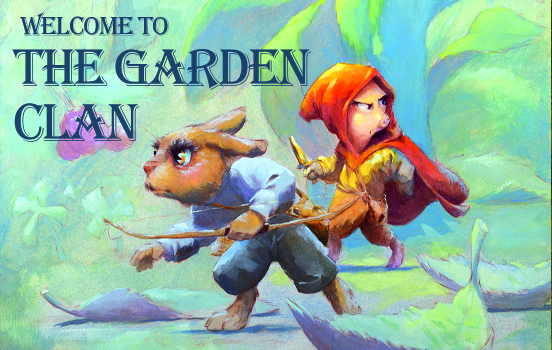 I'm Chuck! An illustrator, animator, and storyteller. The Garden Clan was inspired by my love for old stories, magic, and the nature that surrounds us.

The Goblin Tribes and Faerie Garden Clans enjoy a time of uneasy peace. The Faerie Goblin Wars are still a recent memory and the terms that ended hostilities satisfied none.

Crackenback is the nearest Goblin outpost to the Faerie Thicket, the magical boundary which stands between the Goblin Tribes and the Faerie Garden Clans. Infamous for its unfortunate stench, Crackenback was built on the edge of the Willow Fen, with homes supported on stilts above the bog.

The Goblins living in the town of Crackenback saw the birth of the albino Goblin twins, Bela and Vuto, as a dark omen and believed their mother to be cursed. Labeled a witch, she and her children have been driven to the wilds outside the town where they live under the shadow of the Faerie Thicket.

Shunned, feared, and reviled for the belief that Faerie magic has cursed their family, life for the Goblin Twins, Bela and Vuto, has never been easy. But, as too often happens, happenstance takes a turn for the worse and the twins find themselves driven to seek refuge on the far side of the enchanted Thicket -- home of the dreaded Faeries.

The Goblin Twins is the first Garden Clan illustrated novel, following the adventures of Bela and Vuto. Each month a new chapter will be published on this page, along with the illustrations I've created illuminating this world. A little about The Garden Clan:

Garden faeries are small, tiny even, the tallest never quite reaching two inches in height; and come in many forms and colors. There are the Faerie Rabbits, standing on two legs, unlike the animals we know. 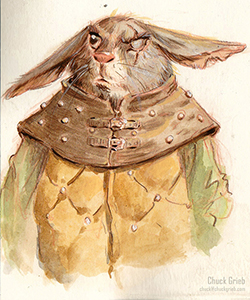 The Faerie Owls which appear a little odd to our eyes in that they have no wings, but claws for hands as well as feet.

The Faerie Elves who look much like you or I, though their ears tend to be pointy. 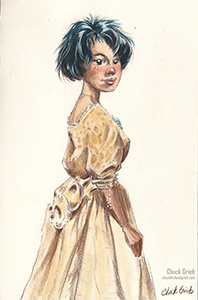 And the Goblins. Goblins are small, just as most faeries are, look very piggy in the face, and are covered in a fine fur. They stand on two legs (hooved); most are brown, grey, or a dark blue black, some are even spotted or piebald, but never white. 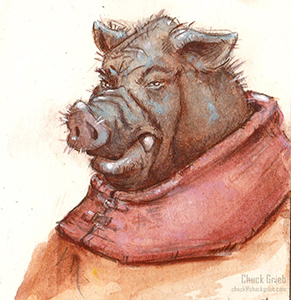 Scholars do not include the Trolls (which are much large than most faeries) amongst the Garden Clans, because whereas they are a form of faerie, they live alone or in small family groups. And the rats and crows, though intelligent and organized, are animals and therefore not counted amongst the faerie peoples. 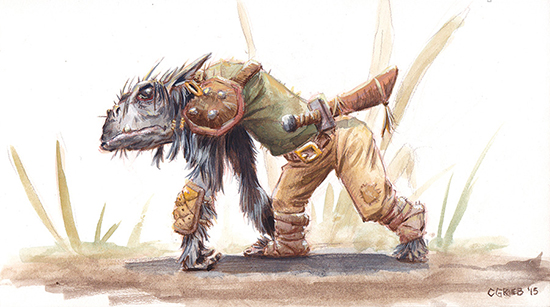