$1
per month
Join
I appreciate every little bit you have to offer! Even if you only contribute a dollar, you'll have access to Patron-exclusive digital goodies! Exclusive artwork, desktops, even original concept art!
$5
per month
Join
Patrons who contribute $5 or more a month receive special previews of each update and even sneak peeks of future Patreon rewards! Not only that, but you'll receive completed pages as soon as they're finished! Before they're even uploaded to the site!
$10
per month
Join
Patrons who donate $10 or more receive special, exclusive content! Ranging from short comic strips to calendars to even a coloring book! Also, Patrons of this reward tier get access to the extra content included in future print volumes before said volumes are released! 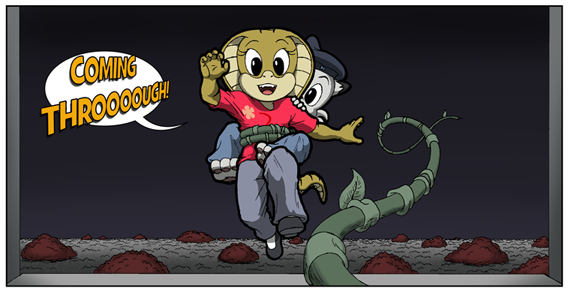 Hey there, everyone! Cody Baier, here! Aspiring comic writer/artist, and creator of the webcomic  Cloudscratcher! It's always been my goal since I was a little kid to make comics that were as fun to make as they were for people to read. I want to create interesting worlds full of memorable characters and engaging stories! A few years ago I took a step toward doing just that, and started working on Cloudscratcher, a webcomic best described as my childhood and adulthood coming together to make something they can both describe as "like, the coolest thing ever!" A comic designed to feel like an animated series or film from the 1990's, without overtly referencing any specific show or movie. To emulate the feel of Don Bluth's earlier films (touching; sometimes dark; character driven), with the feeling of adventure and excitement many cartoon series at the time were built around (particularly those from the Disney Afternoon), complete with an adorable, animal-themed cast. The story follows a resistance group travelling aboard the airship "Cloudscratcher" as they fight against the oppressive Margoth Empire of the Serpent people. The story kicks off as a young girl forcibly trained to be a super soldier defects from the Empire, and alerts the Cloudscratcher crew of a deadly plot to wipe out millions of innocent people, forcing the crew to go up against one of the Empire's most infamous officers...

Cloudscratcher is a comic that will make you feel like a kid again, tuning in every week to your favorite Saturday morning cartoon, excitedly following the adventures of heroes you've grown to love as they fight against a rogue's gallery of truly nasty villains. At times funny, at times exciting, at times even touching, with a memorable cast of characters and a world that ignites the imagination, Cloudscratcher is a ride you won't want to miss! 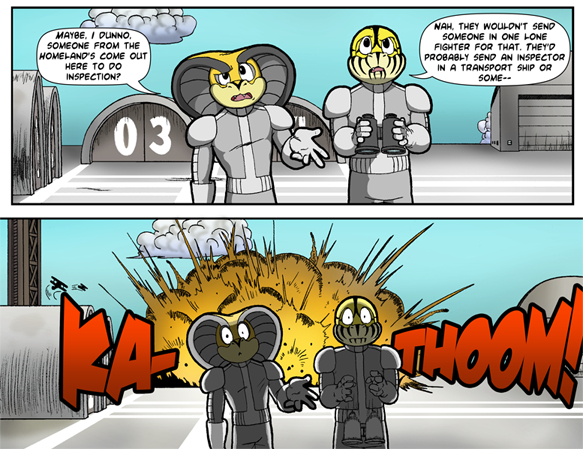 While making Cloudscratcher is my passion, it doesn't pay the bills, and with an increasing list of obligations it's becoming harder and harder to devote time to making the comic. Updates have had to be skipped, and less pages have been released in a week than I would like. Especially since I have many, many adventures planned for the Cloudscratcher crew, and I'd like to tell as many of them as possible. Not only that, in the future I want to branch out and make other comics as well as Cloudscratcher. I have a lot of stories to tell, and I need your help to do it! With your support, I can devote more time--possibly even all my time--to producing more content for Cloudscratcher, making it the best comic it can be, and helping to bring its colorful cast of characters to life!

With your help, I can take on less other obligations, focusing my time on telling the story of Cloudscratcher, as well as making improvements to the website, and the comic's presence on social media. Hopefully I can reach a point where I'll never need to skip or shrink an update ever again, and can start updating the comic with more pages a week. 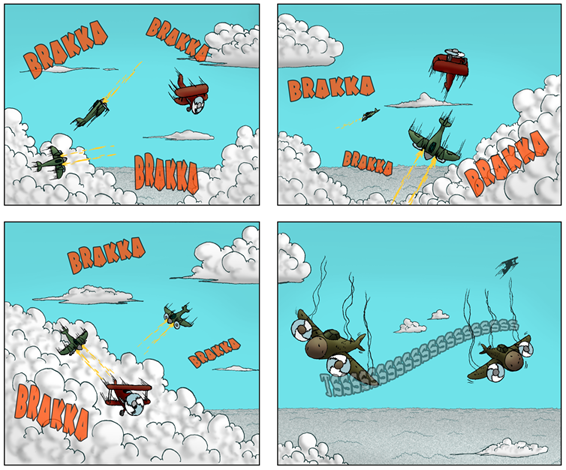 As support for the comic grows, and money starts coming in, fans of the comic will begin seeing a return on their investment beyond just larger and more frequent updates. Print volumes with remastered artwork, and even extra, print-exclusive side-stories are also planned for the future, and require the support of fans to be a reality. I'll also be able to hire extra hands to help with the workload, and speed up production! This also opens the doors for a variety of extra content for the website, and even extra merchandise!

Other Cloudscratcher-related projects are in the works, such as a tie-in PC game, which will also benefit greatly from fan support. Also I'll be able to offer more rewards to patrons, as well! 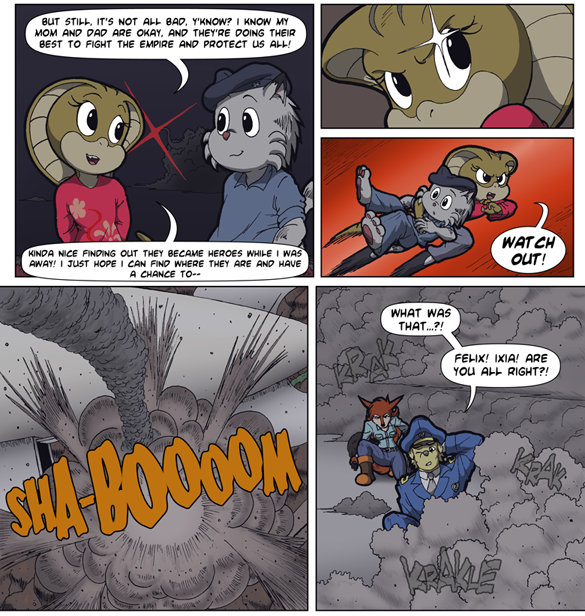 Cloudscratcher is a story that's very close to my heart that I'm looking forward to sharing with all of you. I hope you'll help to support me as I work to bring you all the exciting adventures of the Cloudscratcher crew. With your help, our heroes may very well see the fall of the Margoth Empire!