Over the past few years, CMUSE.ORG has become one of the web’s best and most sought-out classical music sites. Readers flock to CMUSE for engaging music articles, interviews and reviews, as well as some music fun and humor. We dive into more than just the sound and performers to include music tech, inspiring stories, lists & quizzes. Every area of our blog site brings something new and different to music fans that go above and beyond just a review platform.

The CMUSE community and audience loves all facets of music, and are not limited to region or location. We currently attract visitors from all over the world, primarily from the classical music realm. Our great team of writers are constantly creating reviews, guides, interviews, news updates and all sorts of other great content. Our writers are music professionals and enthusiasts from across the globe who share our mission to making classical music more appealing for the younger generations.

We have been on an exciting and entirely unpredictable journey since our inception in 2010. There was a vast need for engaging content in the classical music realm that did more than speak to existing classical fans. To meet that need, we’ve been able to bring a diverse group of talented writers and music curators into the fold to do something truly unique. Through our blog, we’re restoring the passion for classical music to arts fans young and old.

We’re cultivating the hearts and minds of the next generation of music lovers to be inspired and impassioned to create masterworks themselves. We’ve achieved this by providing valuable insights and relevance for the current classical music world, discovered promising new artists, sat down with world-class musicians, and highlighted the changes taking place in classical music that will shape its future in the years and decades to come. 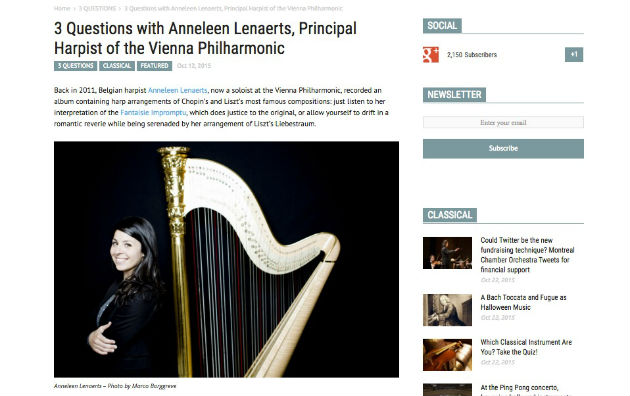 Facing The Shift In How Music Journalism Works and Operates

Unfortunately, the online music journalism has changed drastically over the last years. As the entire media industry has struggled to adapt to demands of the digital age and turn a profit, music publications in particular are facing a slew of unique challenges that have redefined their roles and responsibilities. Music news in general, and classical music media specifically, has been drastically changed by the social web:

• Similar to other forms of niche journalism, the music news cycle has rapidly accelerated, and coverage is now driven by click-based metrics that determine a music publication’s value to advertisers.
• Interest in writing about new, non-hyped artists is less profitable for publications compared to pieces covering mainstays who are “guaranteed clicks.”
• In order for music publications to survive in a click-based economy it became necessary to do sensationalist music news coverage, similar to what tabloids do to stay in business.

Most modern online publications use click bait, sensationalist entertainment, cheap tricks and (often) bad music to increase readership, all centered around the advertising dollar. Advertising has thus become one of the only ways media and journalistic platforms can operate to stay in business without the support of its readership and community members.

Classical Music In The Wake Of Popular Music Audiences

Classical music is a music niche because of the smaller market size. Classical is not considered to be in the mainstream music world, even for artists who are considered the greatest in the world and known across the music realm for their incredible talents. Trending names are those who attract more volumes of audience members. Classical is not doing so in the ways that pop music is, making it more of a niche music category than any other group.

The bottom line is that for the advertising model to work, it requires a ton of traffic to be profitable.

Advertising revenue is the most profitable in popular and mainstream music realms, where massive numbers of audience and traffic frequent. While the mainstream music largely ignores the classical performers and composers, classical music remains a very potent and vital contributor to the greater industry. CMUSE has been a powerful contributor to the lifeblood of classical performers, symphonies, composers, and fans across the globe in drawing in new interest and support for the niche, while also highlighting other areas of music as a whole that have a more broad and mainstream appeal. Our content and appeal, however, is not only for the classical music fan but also for creative individuals who enjoy great music. We’ve crossed genre lines by illustrating the influence of classical music into other realms of audio recording including jazz, rock, pop, ambient, folk and beyond, from indie and mainstream artists.

How We Will Overcome The Challenges Faced By Shifts In Media

In these times when classical audiences are dwindling, aging and not being replenished; record sales are declining; classical radio stations are turning to more lucrative formats; public schools are slashing music programs; and media outlets are altogether ignoring (or worse, mocking) the art form, the CMUSE offering is both desired and needed across the globe as the solution and outlet for classical music’s survival. However, for CMUSE to operate and achieve our mission without falling into the trenches of other media sites as described above, we need your help.

Can classical music still reach young people today? Can classical continue to be an inspiration and starting point for artists and musicians interested in a variety of musical styles? 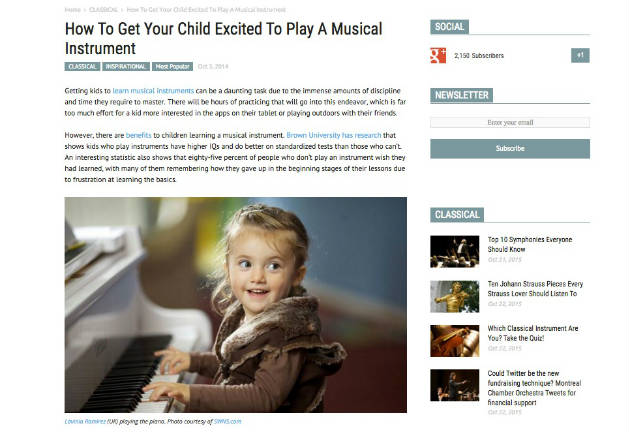 We believe it can and we want to continue without compromising our focus or diminishing the experience for our readers. Our goals are to do several things that benefit classical music as a whole, while also providing engaging content for music fans across the spectrum. We will:

•continue to provide unique, engaging content that draws young and old fans of classical music.
•provide an educational platform for insights into better music performance, composition, and artistic development to fill a need not met by our global education systems.
•be an outlet for creative experiences in both the classical music world as well as other growing and vibrant music niches like indie music.
•keep providing incredible in-depth reviews of talented new artists you might not have heard about and ways to further experience their unique contributions.
•be the one-stop source for great music journalism in the classical and emerging music world as a way to benefit not only our audience but also the artists and creators behind the art itself.

All of this work to build a more vibrant music community that blends the classical world into other areas of music is not a solo project. It requires a community of supporters and participants to make it happen. With your Patreon support we will be able to keep doing all these things and more for a very, very long time.

$0.64 of $1,000 per month
By supporting CMUSE on a monthly basis, your support provides us the ability to continue crafting excellent articles, interviews, and insights into great music that impacts you. You’re also contributing to a growing media platform that wants to provide content while limiting advertising to the extent it will not disrupt or distort the page content you are trying to read.

Our Patreon goal allows us to fulfill the roles of music content curation, pay for the expenses of running a website, pay our talented writers and staff, maintain the site, and promote our offering to gain more fellow lovers of quality music. Your help and support makes this happen, making you not just a contributor but a pillar of our community who ensures that we fulfill our mission.