Don’t have much, but still want to help? Thanks. Seriously. Thank you for supporting my writing! With your $1 a month patronage, you will receive my monthly newsletter.

Thanks for your support! Not only do you get the monthly email, but access to my weekly blog.

[You’ll also have a chance to for a special Patreon gift that will be randomly selected— an autographed print copy of my next release!]

(You’ll be asked to provide your shipping address so I can send the winner of the autographed book their print copy.)

Happily Ever After Reward 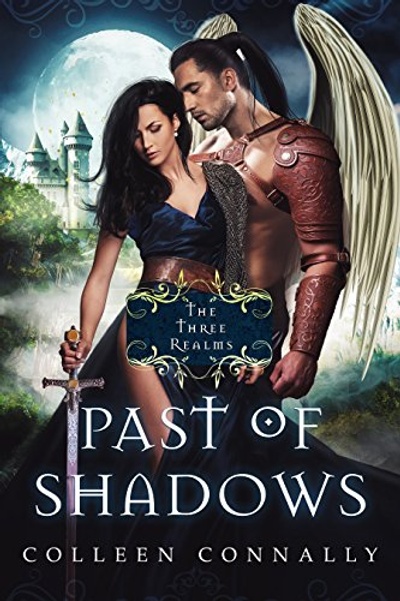 The previous rewards plus—

For my supporters that subscribe for $10 a month, I’m going to release portions of The Three Realms Series to you each month. I will start with Past of Shadows and follow with The Path Now Turned. Afterwards, I will release a portion of Vision of Destiny until the book is complete. Then, we will go from there.

I'm Colleen Connally! I would love to connect with my fans here on Patreon!

I’m a bestselling Indie author on Amazon. I have eighteen books, eight under Colleen Connally and ten under Jerri Hines. I write mostly romances, mainly historical. My last release, Scream for the Camera, was a new genre for me, paranormal suspense. But the series I’m working on at the moment is epic fantasy.

So What is Patreon?

This is my first venture into this venue. I have heard some wonderful things about this site. I have come to discover that the best way to discover if something works is to try it out. Hopefully, this will be beneficial to us both. With your support for me, you will gain access to my writing process and books.

I will also be blogging. I can’t promise you what I will be blogging about. I imagine it will be mainly about books and writing. I love talking about not only my books, but other authors as well. I will confess, I will probably include my dog, Charlie, cooking, and who knows what else.

If you love history, I have some great series for you. Winds of Betrayal, Winds of Change and Southern Legacy are American Historical Romances. For a taste of English historicals, I have the Secret Lives Series. I have a romantic suspense series, Boston’s Crimes of Passion and the beginning of a paranormal suspense series, Boston’s Crimes of Horror.

The Three Realms is a high fantasy series. I love writing fantasy because I can indulge my imagination. It’s one of the reason I like being an Indie author, the creative freedom. Two books, Past of Shadows and The Path Now Turned, have been released in the series. The third book, Vision of Destiny, will be released later this year.

I would like for you to follow along the journey of The Three Realms. I’m going to serialize The Three Realms here on Patreon. For my supporters that subscribe for $10 a month, I’m going to release portions of the series to you each month. The first month will be Past of Shadows; the next month, The Path Now Turned. Afterwards, I will release a portion of Vision of Destiny until the book is complete. Then, we will go from there.

Here’s my problem. Almost three years ago, my right hand was injured at my day job. I was a medical technologist. I say was because after my third surgery my hospital fired me because of my injury. It was all legal because that is the law when one gets injured at work. Since my injury, I haven’t been able to work as a Med Tech. After all the surgeries, I am left with what is known as Complex Regional Pain, which simply means I’m in pain all the time. To say the injury affected my writing would be an understatement, but I’m learning to live with the pain and have slowly come back to writing. At the same time as my injury and surgeries, Amazon has changed their algorithms, which has cut my book sales. Amazon is where I have made most of my money with my books. The issue with Amazon’s algorithms is that when I do a major promotion now, the book drops quickly out of the rankings. I’ll try to example a little better. Ads for ebooks are expensive, but necessary to get books in the hands of readers. One of the best places to advertise is BookBub, but an ad for a bargain book runs around $700 for a historical romance. In the past, that $700 spent was like magic. You could easily get your money back and more. Now, that has changed because of the way Amazon does their algorithms. The same is true for FaceBook Ads and even Amazon Ads. An Indie author is now lucky now to break even. Simply stated, the ad system is broken.

I would love to connect with you here on Patreon and allow you a glimpse into my world as I write. That is why I’m asking for your support.

I appreciate all my readers, regardless of whether they support me here or not!