Monster Watchers get to see what's going on before anyone else does. They get early access to all artwork and game updates.

In addition to early access to artwork and progress, Local Cryptids also get access to Patreon-exclusive polls.

Monster Trackers get Tiers 1 and 2, as well as some sneak peaks into the development progress:

You're a freshly-bitten werewolf who's embraced their monster life... but what kind of life is it without friends? Do some traveling, meet some cool monsters and cryptids, and even go on dates! Each section of this visual novel will add a new monster to your list of friends until you've got yourself a wicked cool crew. And then you can date them. So really, it's a win-win.

The Cryptid Crew demo is out now, and can be downloaded here at itch.io

Hey!  I'm MJ, the one person behind Pertinax Games! Cryptid Crew is a visual novel + dating sim I've been working on since June 2018. However, since I have a full-time  job, progress on the game is never as quick as I'd like it to be, and I could use some help to fund the game's development.

Patrons get to see concept and final artwork before anyone else, as well as sneak peaks into other game assets. Character designs, sprites, background art, and progress updates will all be posted here before any other social media. There will also be Patreon-exclusive polls so you can vote on some of the game's designs! Higher tiers will also receive small goodies like stickers, magnets, and pins. All of these will be exclusive for Patrons only.

How else can I support you? Are you on other social media?

If monthly donations aren't your thing but you still want to support the game,  buy me a coffee!
Cryptid Crew also has a  tumblr where you can follow and reblog the art and updates. I also have a Twitter as well.

Tell me more about Cryptid Crew?

There are 10 dateable characters: 3 girls, 4 guys, and 3 non-binary pals. They're a healthy mix of legendary and local cryptids and monsters! 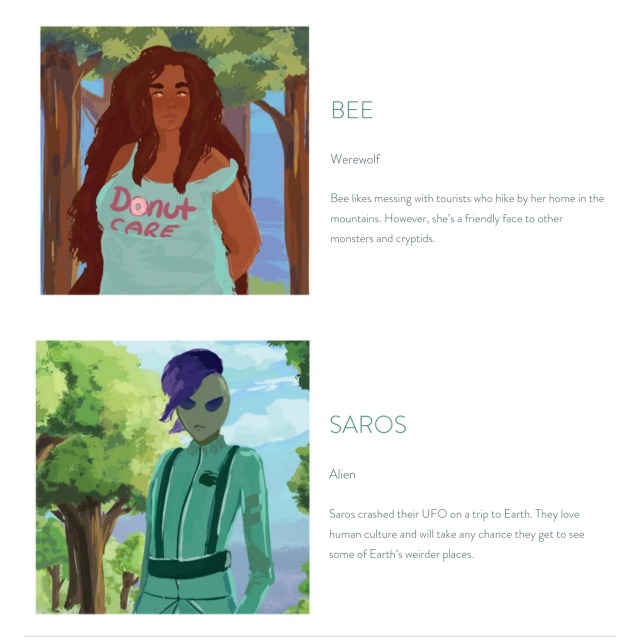 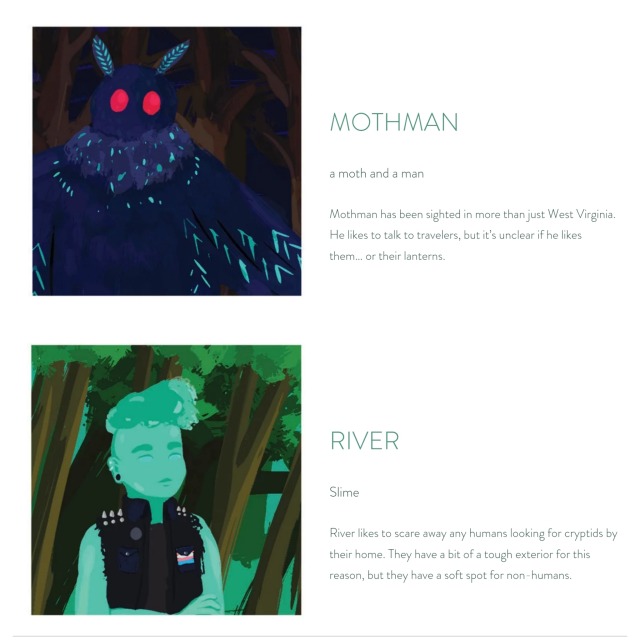 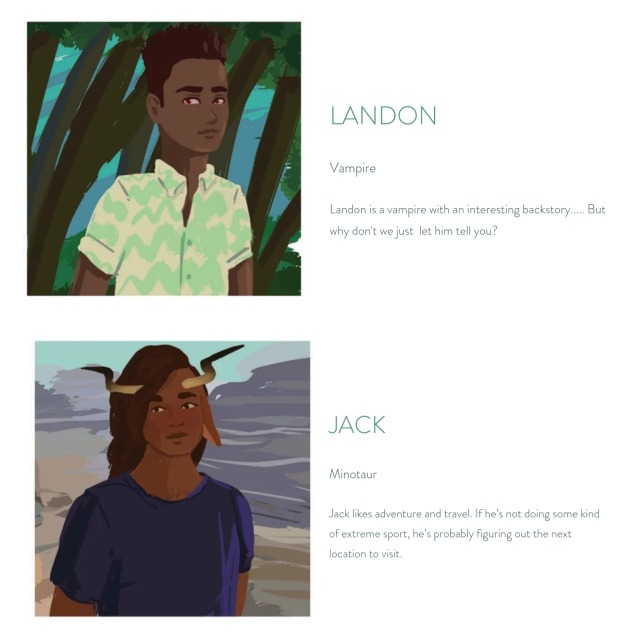 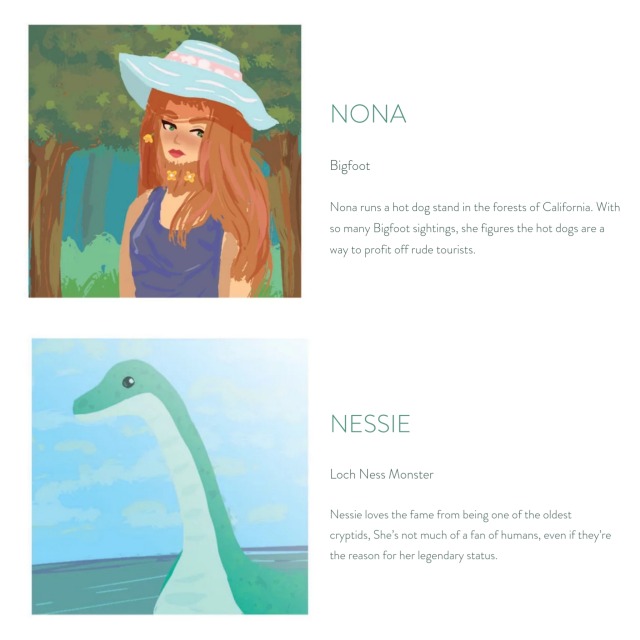 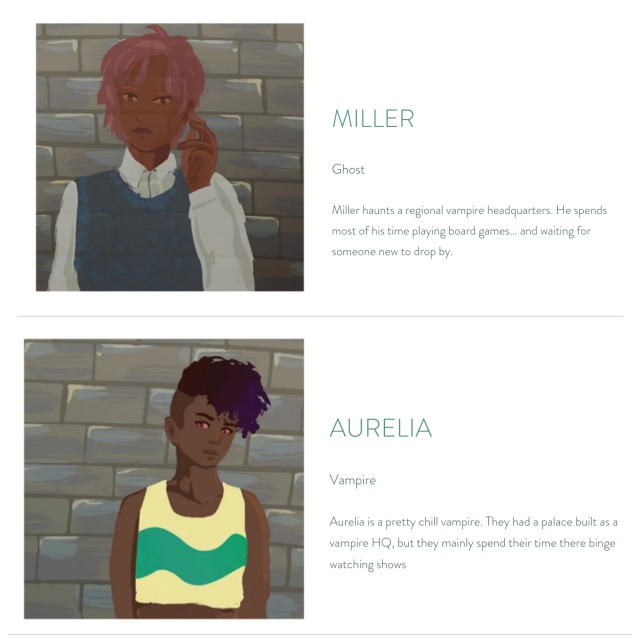 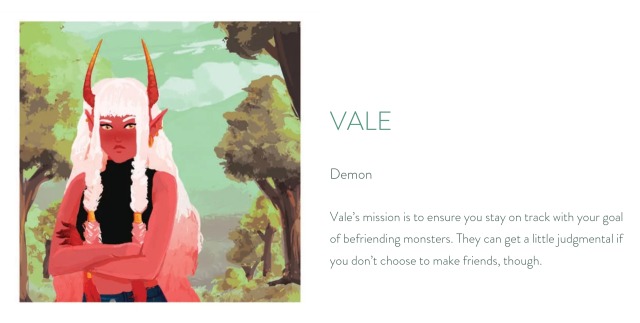