Janeil is creating content you must be 18+ to view. Are you 18 years of age or older?

Hey there! :D I'm Janeil (Alex) and I'm the writer and illustrator of the draconic webcomic series, Sister Sister: a Dragon's Tale! The comic was originally posted on Deviant Art way back in early 2012, but was put into a hiatus soon after ward. After years of re-working the story, art and pacing, the comic was re-born in 2014! Since then, it has become fairly popular and the support and feedback I've gotten from it is OVERWHELMING! Seriously I can't thank my readers enough!

The webcomic updates every Saturday and occasinally Wednesdays!

Why should I support the comic on Patreon?

I trying my best to keep this comic pumping while going to school for mechanical engineering. Supporting the comic would serve as motivation (as I work better under pressure, heh). What, you think I'm just going to ask for money to keep me motivated and that's it? NAH! As a huge thanks to all the supporters, you guys get access to all sorts of cool bonus comics, concept art, species info and MORE! Big supporters will even get cool merchandise like stickers, charms, buttons and posters!

So the comic is no longer free to read?

NO WAY! My comics are ALWAYS and will forever be free to read online! If you pay you get the bonus stuff. The comic itself will always be one click away!

How long is the comic? How long do I have to support it?

I have no clue :3 No seriously. I don't know the exact page count! All I know is that this is basically my child....I'm going to be raising it for years! I'm talking hundreds of pages for you to read and (hopefully) enjoy! As far as supporting it...as long as you like! I understand if you can't support it for it's life time. It's an adventure comic! You guys are coming along with it. No good adventure lasts a few days or weeks...or 100 pages.

What is this comic's rating? Is it family-friendly?

The rating is 17+ and it's not family-friendly! Well...unless you have kids that like giant flame-throwing reptiles that occasionally bite each other's heads off...I'm serious. This is a comic with DRAGONS! It's violent, bloody (occasionally gory) and some pretty scary stuff happens as well. Some of you may have seen what comes out of the dark parts of my brain...not pretty or friendly! Read if you like, but if you are under 17 years old, be prepared...you have been warned.

Curious? Have a read yourself! Or look at some previews! 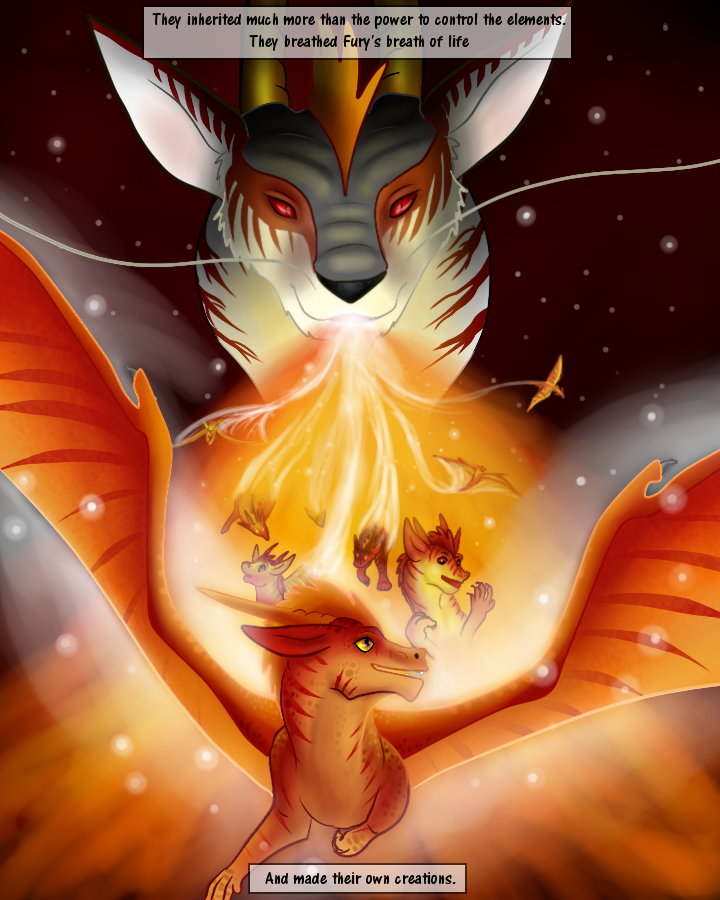