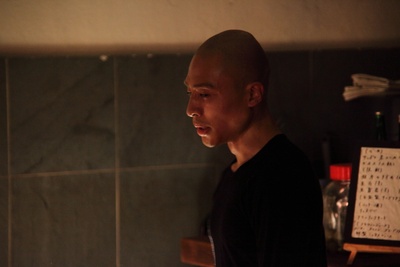 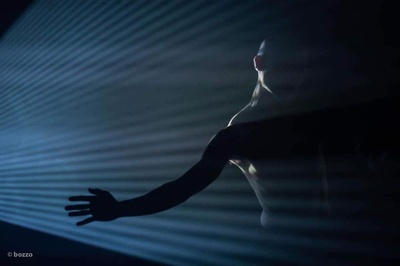 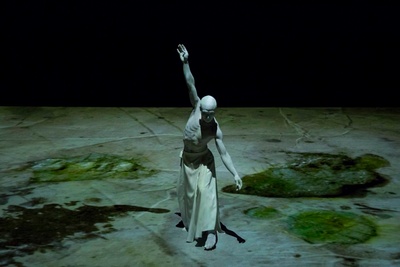 Thank you so much for taking time to visit the Dai Matsuoka Patreon page! Sankaijuku dancer Dai Matsuoka will share videos of basic Butoh exercises, good to improve your health at home, and also choreography of Butoh works for those who want to explore more. In addition, Dai will start a special podcast series where he interviews 1 Butoh artist every month when he reaches the first goal. This project is committed to sharing Butoh exercise and choreography, as well as activities and ideas of other Butoh artists.

Biography
http://daimatsuoka.com
Dai Matsuoka is a Butoh dancer and artistic director of LAND FES based in Tokyo. He has been a dancer of Butoh company Sankaijuku since 2005 and has appeared in nine Sankaijuku pieces including "Kinkan Shonen", "Tobari", "Meguri", "Unetsu", "Arc", "Hibiki" in over 20 countries.
http://www.sankaijuku.com/

As a member of NPO Dance Archive Network, Matsuoka coedited the book "Something Called Butoh" in 2020. This book is published as a report on worldwide Butoh surveys conducted by the Dance Archive Network from 2017 to 2019 which was supported by Arts Council Tokyo.
https://www.amazon.co.jp/dp/4902098113/
http://www.dance-archive.net/en/index.html

Matsuoka is also in collaboration with puppet company Phantom Limb (NYC) for its latest piece “FALLING OUT” as a performer. The piece has been performed at OZ Arts Nashville, Brooklyn Academy of Music, and The John F. Kennedy Center in Washington D.C.
http://phantomlimbcompany.com/productions#/fallingout/

Main Work
Hijikata Three Chapters
“Hijikata Three Chapters” has been long performed by Yoshito Ohno, since the founder of Butoh Tatsumi Hijikata choreographed this piece for him in 1985. In 2018, not only for the purpose of delving into the early period Butoh method, but also for the archival purpose to make the important piece survive, Matsuoka asked Yoshito Ohno to pass the choreography on him, and give directions to the new version in which Matsuoka performs the piece.Through this piece, Matsuoka realizes the timeless collaboration with the 2 most important figures of Butoh history.

Teaching History
Since 2006, Matsuoka has been an assisting teacher for the annual summer Butoh training camp of Sankaijuku. This camp focuses on the basic Butoh exercises incorporated from Michizo Noguchi’s method and choreography of Sankaijuku. From 2015, Matsuoka has been invited to teach workshops for various theater companies and communities, such as Vangeline Theater in New York City, Theater MITU of NYU Abu Dhabi, Nyoba Kan in Kuala Lumpur, NPO “Children Meet Artists” in Tokyo. Matsuoka is currently facilitating the inclusive dance workshop hosted by the Odawara City in Kanagawa, Japan.

Teaching Style And Practices
Teaching style of Dai Matsuoka is centered on the exercises that were originally invented by Michizo Noguchi and later developed through several Butoh practitioners, the elemental choreographic practices from Sankaijuku, and the original movement practices based on images and words. To put it simply, Michizo Noguchi’s exercise is about releasing tension. It pursues an efficient way of engaging with body, and moreover, enhancing one’s body performance by releasing tensions of each body part and becoming aware of the coordination. The choreographic practices are mostly derived from Sankaijuku pieces, which could give you an opportunity to experience how body moves in relation with the time, space and image. Not only will it invite you to be aware of your body and improve your condition, but also it will lead you to create your own movements through a variety of tools given in the lesson.