Artivism in your pocket!

♦  Monthly Q&A about the stories behind my past, present, and future projects.

♦ Monthly publications of Sketches and Annotations about my work in process.

♦ Monthly Publication of Original Wallpaper for your Phone. Available for iOS and Android.

Artivism To Your Cause

♦  Choose a cause that you fight for or a non-profit organization that you belong to or sympathize with and I will make a poster to support it.

¡Hola! I'm Daniel Arzola and I'm a Venezuelan Artivist.
I created the ¨I'm Not a Joke Project¨ (No Soy Tu Chiste), the First LGBTQ Viral Campaign in my country: Venezuela. The project and campaign were also popular in several countries around the world. Unfortunately, while it opened many doors, it also condemned me to a life in exile.

The dictatorship in Venezuela is marked by political persecution and a humanitarian crisis that has forced the biggest migration in the country´s history. I was not immune to it. An active campaign against me and my work left me no choice but to leave my family behind to seek refuge abroad.

In these past four years out of Venezuela, I have continued to create different campaigns through art to educate and raise awareness on issues that need to be made visible.
I also use and teach about Art as a tool of social transformation, I call that: ARTIVISM 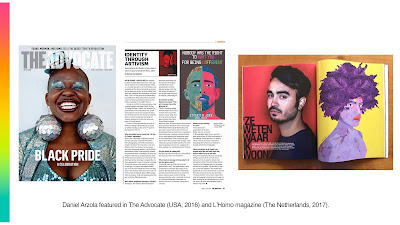 Several of my campaigns – like my “I’m Not a Joke” project – have been translated into 20 languages and become icons of the shared LGBT struggle in nearly two dozen countries.

I have also been giving lectures on my Theory of Artivism (art as a method of non-violent action) in several universities in the United States such as Johns Hopkins University, Northwestern University, and Amherst College. 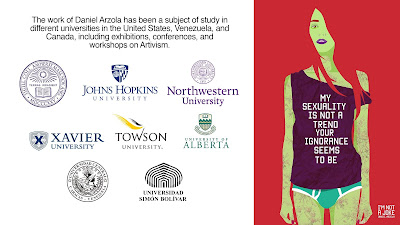 During my travels, I have also dedicated myself to giving free talks to kids about Artivism in several schools in the United States and Canada, teaching them about LGBTQ History and the Power of Art as a tool of social transformation. I have also organized free exhibitions in Venezuela, Colombia, and Argentina. In the latter, I was commissioned to design the newly created Carlos Jáuregui metro station in Buenos Aires. This project is its first permanent exhibition and the first LGBTQ metro station in Latin America. 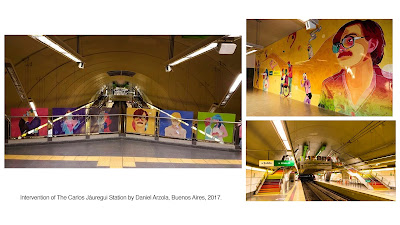 Life as a full-time artist in Latin America is very difficult. However, with your help, I want to:

If you collaborate with me you will have access to exclusive illustrations, as well as being able to obtain exclusive material such as T-shirts, Stickers, and even Original Artworks that I would send to your home.

$131.63 of $1,000 per month
Like many artists, my 2020 tour was canceled, including an artist residency that I supposed to have in the Netherlands, including my participation in several conferences on Artivism in Amsterdam, Colombia, Mexico, and Suriname.

When the Covid-19 pandemic was declared in the United States I was in Minnesota, since then I have not been able to return safely to Chile. The support I receive at Patreon allows me to continue dedicating myself to creating art every day. Thanks to this, my work continues to be the image of different events and causes of queer culture in many cities around the world.