I’ll play you a tune 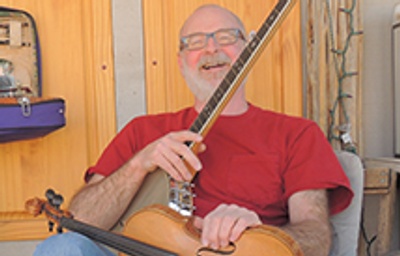 $5
per month
Join
Each week, you will get a video of me playing a tune on both the fiddle and clawhammer banjo, with my suggested chords written in the comments. 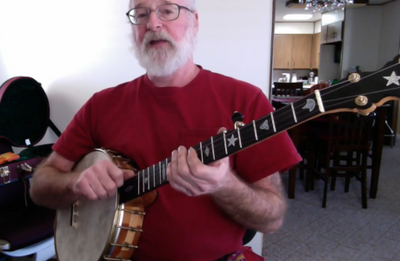 $10
per month
Join
View a video clawhammer banjo lesson each month! This tier also gives you access to the Foundations Library of all the clawhammer and fiddle videos I've posted for Patreon, and to the tune of the week. 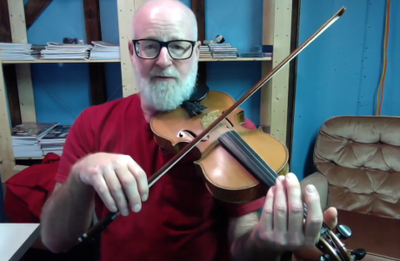 $10
per month
Join
View a video fiddle lesson each month! This tier also gives you access to the Foundations Library of all the clawhammer and fiddle videos I've posted for Patreon, and to the tune of the week.

I have been playing and teaching Old Time fiddle and clawhammer banjo for years! I grew up on the stuff! Now I want to help you become a better player and build your repertoire of Old Time tunes. I am new at this so I hope you will bear with me as we learn together how this new virtual world works.

I’ll play you a tune: Everybody gets a tune each week played both on fiddle and clawhammer banjo, with my suggested chords in the comments.

Break it down for me, Dan!: This will be two tracks. One for fiddle, one for clawhammer banjo. This will be a 20 minute or more break down of a tune in detail. Really a one tune workshop just for you!

If you join at the lesson tier (banjo or fiddle) you will also be able to access my Foundations Library. That includes Clawhammer Banjo From Scratch - the series Volumes 1, 2 and 3 and Fiddle From Scratch - "start here".

I do still teach live by Webcam (i.e. Skype, Facetime and similar programs) so we can move into personal lessons as soon and as often as you like for a separate fee.

My band, The Boiled Buzzards, was considered one of the most important sources for old time music. They were once described as “The most influential band since Highwoods” in The Devil’s Box magazine.

For those of you just joining me, here is a more complete bio:

Dan has performed and taught regularly throughout the world, including in England, Ireland, Israel and Brazil. He has taught at many music schools and camps, including in the John C. Campbell Folk School, Mars Hill, Maryland Banjo Academy, The Ozark Folk Center at Mountain View, AR, Banjo Camp North, The Rolland Fiddle Camp and Dan’s own Clawcamp and Old-Time Music instructional weekends held at various locations throughout the country. AND his current band, The Cat Mountain Rounders, is considered a top dance and performance band.
Dan has won awards on both instruments including a 2017 Master Artist Award from Arizona’s Southwest Folklife Alliance, first place at the 2005 Ohio Clawhammer Banjo Championship and Grand Champion at the 2010 Ajo, AZ Fiddle Contest.

Dan has eight recordings of his own and with The Boiled Buzzards. He is one of the most prolific authors of instructional and tune books for clawhammer banjo and fiddle (see the shopping pages in the menu) with 14 Mel Bay publications to his name, including Clawhammer Banjo From Scratch; Old Time Fiddle From Scratch and the Clawhammer Banjo Masters series with co-author Bob Carlin (Kyle Creed, Wade Ward and Fred Cockerham & Tommy Jarrell volumes available).

Dan is considered a respected master teacher and performer of both the clawhammer banjo and Appalachian style fiddle. Banjo Newsletter’s R.D. Lunceford describes Dan “as an interpreter, rather than a music re-creator”. Fiddler Magazine’s Bob Buckingham described him as “an accomplished fiddler and …one of the best clawhammer banjo players in the country.” Ken Perlman has called him “The Johnny Appleseed of the Banjo.”