dateariane is creating content you must be 18+ to view. Are you 18 years of age or older? 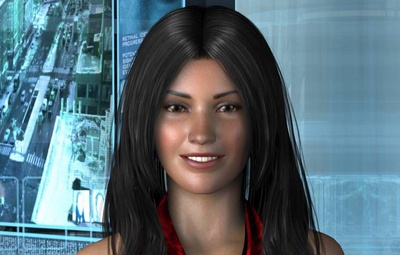 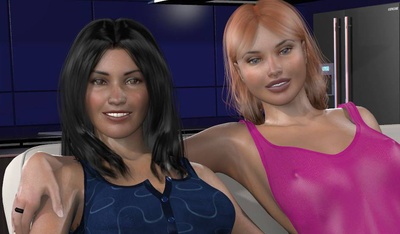 $5
per month
Join
Early access to alpha and beta versions of unreleased games. 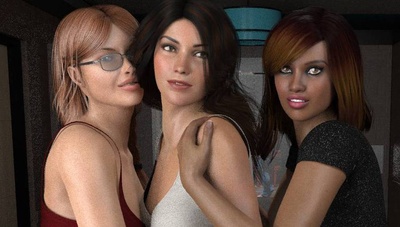 Get Executive Producer credits in new games and new versions of older games as they are released.

Here are the games I have done in the past, click the title link to go to the purchase page, they are available for PC, Mac, Linux and Android.

Date Ariane was my first game originally released online in 2004, went viral in 2007, and then turned into a stand alone Visual Novel in 2015.  It is the first of its kind "western date simulator", a genre I invented by accident.  There are now hundreds of such games both online and stand alone, that used Date Ariane as an inspiration.  A re-rendered HD version was released in 2018.

Something's In The Air is a sequel released in 2013.  This was more in the spirit of the Japanese model of Date Simulator in that you could meet and attempt to date 7 different women, with 25 different "good" endings.  Not as much a date simulator as a visual novel, with a surprise twist ending. The latest is a "fourth edition" released in 2019.

Rachel And Ariane is the story of the two main characters in the first two games meeting each other.  It is even more in the style of a classic visual novel with a fairly linear story.  Choices offer variations in the story, but the story ends the same way regardless of choices.  Part 1 was released in serialized form online in October 2015.  New parts were published on and off until December 2017, with a full downloadable game on December 2018.

Ariane in Paradise was originally conceived in spring of 2018, and I finished it in late 2019 with help from Patreon. There have been some updates in October 2020.  It is set on a tropical island over the course of three days. It is designed to be enjoyed by new players not familiar with the previous games.

Hopepunk City is a game I started in 2020 during the Covid-19 pandemic, the Black Lives Matter protests, and the highly divisive US election.  It is set in a near future city-state that emerged after a fictional Second Civil War fragmented America into pieces.  The player character can represent the return of the same character from DA/SITA or the AiP character, or a new character, as you find yourself living with Ariane, Rachel, and Maya, a new character.

This patreon is to fund Hopepunk City, some planned updates to the other four games, and future projects.