denver day is creating content you must be 18+ to view. Are you 18 years of age or older? 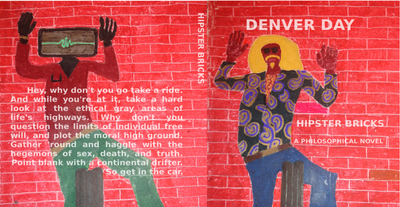 Hipster Bricks & Catch As Catch Can 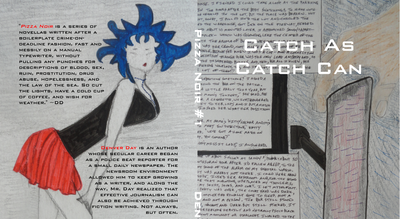 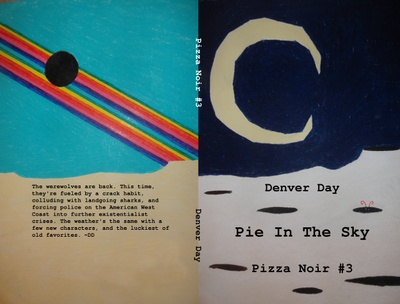 Denver Day is a writer:
The first three books were the Pizza Noir series (Catch As Catch Can, Alpha Taxonomy, and Pie In The Sky). They were pretty cool, like bubble-gum flavored coffee. Denver's friends liked them. Readers may find truth and enlightenment among the plots' grisly nightclubs, flashy murders, sex drugs and werewolves, stereotypical detectives, axe-wielding sharks, roller derby, and other pencil work. Will there be a fourth Pizza Noir #4? Well, I don't know, maybe we should let sleeping dogs lie.

The plot does thicken but doesn't turn to stone:
If there actually were an official list of Denver's friends, then we're pretty sure his fourth book, Hipster Bricks, would've affected its contents. There were both "adds" as well as "drops."

Denver's publisher finally got tired of paying for printing services, and bought a manual perfect binder (binds one . book . at . a . time), a small cover printer, a small stack printer, and a pallet of one-hundred-percent-post-consumer-recycled-content paper.  The in-house printing began. TMI was learned about printers, but we no longer had to pay foreigners to press buttons.

Denver has various other things going on, so writing these books is sort-of and unfunded mandate, albeit enjoyable. As an small indy label, the publisher is even more so distracted, but we're still here.

Book five from Denver, The Only Game In Town, is under way despite a several-year production delay after Hipster Bricks that was caused by various catastrophes, pesky straight jobs, and general rat races.

5% complete
This is an initial goal which would translates to about twenty digital books sold. That would be reasonable return for marketing, generally, albeit not much for revenue.

With that type of response, I would be more apt to focus on customized, regular content for patrons.