is creating podcasts and music 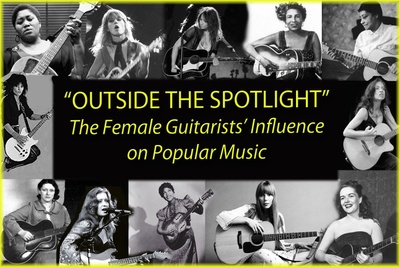 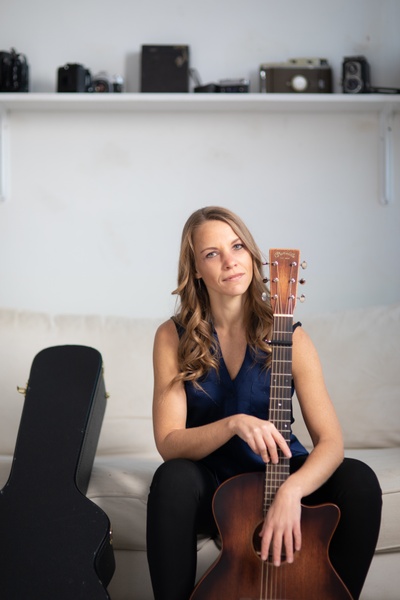 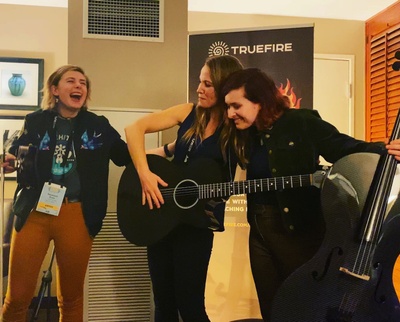 Welcome Chitt-heads!
For the past couple of years, I have been talking many new creative ideas that would allow me to start venturing into some new territories other than live performing. Endeavors such as a podcast focusing on the influential female guitarists of our century, or a video lesson series on acoustic guitar paying techniques for the solo performer, and an online concert series based off of my Travelin' Troubadors in-the-round series that would help introduce us to up and coming artists I've been fortunate to meet while on tour! All of these new journeys take a great deal of time to create and were continually placed on the back burner due to the lack of free time I had to dedicate to each project. However, with the support of patron subscribers, the additional financial support will allow me to step back from some performing and open up time to focus on these new creative adventures.

What YOU can help create!
"Outside the Spotlight:" A podcast dedicated to the influential female guitarist of our musical herstory. "Outside the Spotlight," discusses how many of the popular house-hold names, such as Elvis Presley, Johnny Cash, Bob Dylan, along with many of the playing styles we hear utilized in today's music were greatly influenced by female players who came before. In this podcast, I personally perform the songs of each woman we discuss while examining both the social issues surrounding each player, as well as their particular approach to the guitar. FOR THE GUITAR PLAYERS, I will be releasing video lessons on the playing styles I demonstrate in the podcast. Through my YouTube channel, you will be able to learn the techniques of Bonnie Raitt, Joni Mitchell, Sister Rosetta Tharp, Ani DiFranco, KT Tunstall, Samantha Fish, and more!

"The Underground Concert Series:" This is also the place where new musical ideas and covers of new songs will be shared before they come anywhere near the stage! There are artists I frequently want to cover such as Led Zeppelin, Missy Higgins, Adel or The Eagles and their songs don't always have a space in a live set. Patreon subscribers will be the only ones to hear some of the covers and suggest songs for future Patreon only performances. In addition, when I'm writing and creating new music, not all music finds itself on a new recording or able to be performed on stage. Sometimes I write more than one song surrounding a similar idea and only one survives, sometimes a song is left behind because it's too similar to another, or sometimes a song is cut/edited because it just doesn't fit the vibe of a record. You will hear the most authentic versions of songs, be part of the creating process, and sometimes even hear music no one else will have access to. You'll get the full story behind songs and even be part of the songwriting experience as you're able to witness the songs evolution from a draft to the final version.

"The Underground Concert Series:"  This virtual concert series stems from the annual Songwriter-in-the-round performance I created called, "Travelin' Troubadours."  Every 4 months, I will invite a new band or artists to join me in my living room for a live performance only available to Patreon subscribers.  The money generated from your subscriptions will help compensate the artist joining me for the performance while also helping to cover recording and streaming costs.  This series will allow me to help introduce artists I meet while on tour to the wonderful audience I've been fortunate to connect to.  We will share stories behind our songs, answer your questions and/or request, and share cover songs of the music that has inspired us as musicians.  PLUS! You will receive the invitation to join me virtually for pre-show hangouts in the greenroom, join me for soundcheck, and a brief post-show chat while I'm on tour!