Access to all backer-only posts, including progress builds and prototypes.

Same as above, plus one or more exclusive photos (or video) of my cat Jason per month.

If you pay this I'll go away

For every month you pledge at this tier, I promise I won't make things worse for you personally.

You probably know me as the creator of  You Are Jeff Bezos, the text-based adventure game where you assume the role of a billionaire parasite and proceed to spend all his money. It was featured on NPR and Vice Motherboard, so I guess people kinda liked it.

I'm also the former senior curator and current financial director of Critical Distance, a non-profit dedicated to the curation and preservation of good games criticism.

You Are Jeff Bezos is a game about the absurdity of money at scale. But on an individual level, money is a game most of us have no chance of opting out of. I want to make more games like You Are Jeff Bezos -- fun, creepy, experimental stuff that's a little weird and a tiny bit hopeful -- but it's hard to do that when all my time is taken up keeping a roof over my head.

That's where you come in! With your help, I can keep making cool little games and interactive experiences which fight back against the moral vacuum of an uncaring universe, and maybe say some more mean things about capitalism too.

Some (generally) nice things people have said about my game.

Goals
To start out, I'm hoping to raise $450 a month, which should afford me the time and resources to produce one new game or interactive fiction (IF) every other month.

Of course, the more people pledge, the more time I can commit to these projects. At $1000/mo, I should be able to reliably publish at least one new game or IF a month.

Beyond that, I'd like to one day be able to put good words out into the ether full-time, but that isn't easy when one exists under capitalism and tends to write things capitalists don't like. So, we'll cross that bridge when we get there.

And just to be clear here, literally any amount you pledge will accelerate the release of new stuff; the funding goals just help me to publish on a schedule. So don't think that by not supporting me you're somehow preventing the eventual release of, say, Jeff Bezos 2: This Asshole Owns His Own Giant Robot. If anything (hint) I'll probably burn out faster if I release new projects more frequently (hint hint), so if you really wanted to get rid of me the best way to do that would be to give me lots of money (hint hint hint). 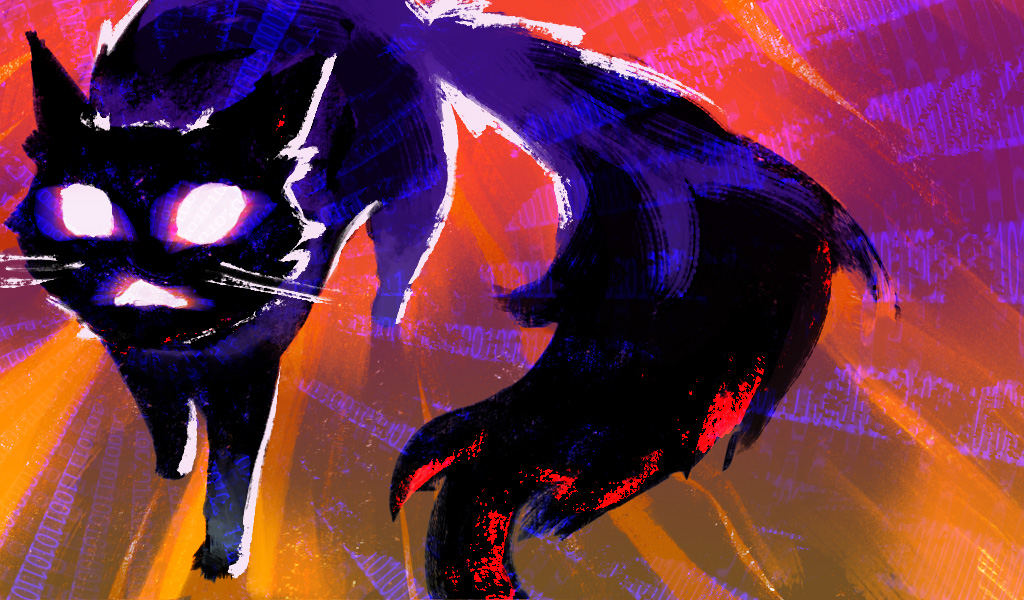 Key art for my actual recently released game, Displacer Beast. Art by America Jones, who also did my header image!

Rewards
Patrons at any level will be included in the Special Thanks section of newly released works. But that's not all! You'll also have access to backer-only updates on works in progress, design notes, and the occasional artisanal critique. While all of my games will always be free and public, backers will have first crack at test builds and prototypes, plus an early look at other design stuff. Like the above key art for my recent game Displacer Beast, the development and release for which was documented on this Patreon!

Those who pledge $10/mo or more will also get added to the same Caturday mailing list I manage for Critical Distance. This delivers one or more photos (or video) of my cat Jason directly to your inbox every month. I promise you she's very cute. See? 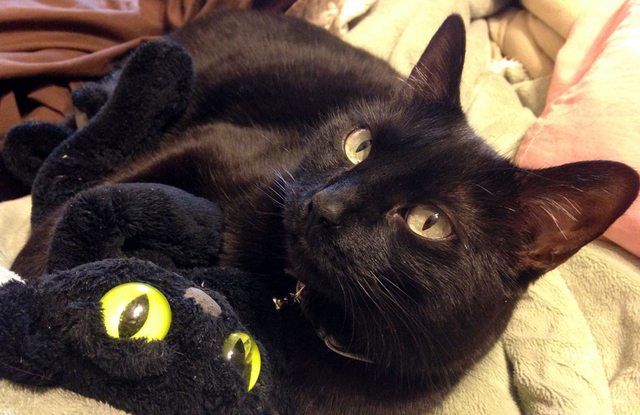 Why I'm Doing This
Prior to making You Are Jeff Bezos, I was a game journalist and critic for about 10 years, working for publications like Gamasutra and Critical Distance. In September 2018, I was laid off from my position as editor-in-chief of Zam's game news vertical. Countless applications, screener interviews, and unpaid "writing tests" later, I'm still not any closer to finding new, long-term work. And with the economy the way it is, it may be a while before things turn around.

In the meantime, I've scraped by on freelancing, but I've had to burn through savings and unemployment insurance just to get to this point. I have no partner, parents, or inheritance to fall back on. My sister helps when she can, but she has other commitments and her own life to live.

So, if you enjoyed You Are Jeff Bezos, my work at Critical Distance, or any of my writing over the years, the best way to support me right now is through this Patreon. That said...

Other Ways to Support
If you're unable to support me on a recurring basis, you can also send a one-time donation via PayPal here.

Or consider checking out my current games and leaving me a tip on itch.io:

You Are Jeff Bezos

Pet Cats, Save the World

Lastly, even if you can't support my work financially, signal-boosting makes a huge difference. Send my games to your friends, use them to radicalize your coworkers. Or, y'know, just say hi on Twitter, that's always welcome too.

Notice: Though I'm currently consolidating Caturday rewards for efficiency's sake, Critical Distance is not otherwise affiliated with this Patreon.