Want to see my weekly updates on Friday before instead of the Monday after? I bet you do.

You'll also get the wallpapers I made and deleted after 24 hours on pixel art amino, and any others I make. There will be more.

Also to get this out of the way: 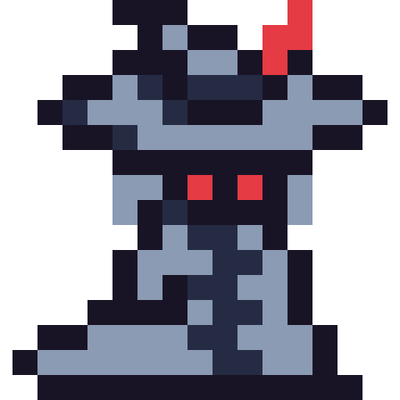 Instead of the standard "thank you" tier, everyone who does this gets a 16x16 pixel art sprite (which would normally cost like... 6 dollars) which will be featured at the end of videos as long as you're in this tier.

Just let me know what you want it of and I'll whip it up.

Music!
$4
per month
Join
You get access to every piece of music we've made for elphame, and for anything else.

Right now I'm making elphame, an RPG with a puzzle based battle system.

(A puzzle based battle system? What do you mean?)

It... takes a long time to explain. Unlike most RPGs where each turn begins and the player chooses one move to use, elphame has a system where the player picks the order of skills used until the opponent (or the player) drops dead. It speeds up encounters, but still provides a mental challenge.

(What?! A game funded on Patreon? Surely, you must mean Kickstarter or IndieGogo!)

I do not! I do not.
With a one-time crowdfunding effort, I would have only two factors to reward my patrons for; Stretch Goals(The sum of how much has been raised by everyone) and Tier Rewards(How much each individual has paid, in total). On Patreon, however, I can also take into account each individual's tier and reward them appropriately!
Also, I find it unlikely that at this point, enough people would want to donate till I had $10,000.

That's for my living expenses, boss. The goal is to create this game in two years. If it takes longer, that's on me. Since my Patreon is monthly, I'll be working on the game full time as soon as I raise $400 a month, or raise $10,000 total. Whichever comes first!

(Can I play your game now?)

There's a demo available on itch for you to try out, which is continuously being updated!

For now. I'll be back as I progress, with tiers, prices and rewards. Hang tight!