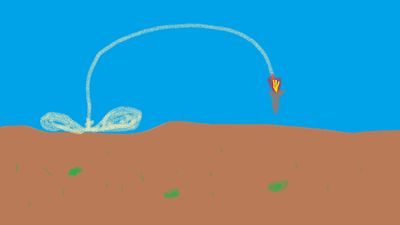 Want to laugh? Like to read? This is the tier for you. This tier will give you access to the Patreon Discord channel where I will post updates about the books. I will also allow members to submit their own ideas or artwork for publication in future books.

This tier will give you everything the Trainee tier provides plus:

-Creative Writing AMA Sessions. Having been writing professionally for more than a decade and having written several books, articles, and a variety of web content, I want to share my experience and tips with anyone interested in writing. These AMA sessions will be a great way to talk about writing and creating and brainstorm ideas with other like-minded individuals.

-Your name printed in the books under a "Special Thanks" section.

Includes Discord benefits
You Know You Can Read in Space, Right? 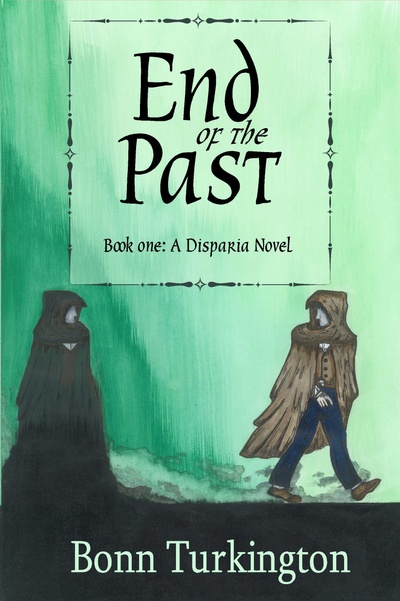 Support at this tier will net you all other bonuses plus:

-A free physical or digital copy of End of the Past.

Note: Printed books will be sent after one full month of membership to ensure shipping costs can be met. You must also state whether you want a physical or digital copy. No international shipping.

About the Project
I am creating a completely new space-fiction book series known as "Project Departure" as well as continuing the Disparia Book series by preparing the two sequels to End of the Past for publication.
Inspired by my love of Kerbal Space Program, a tendency to write with dry and silly humor, and my propensity for building worlds (as seen in End of the Past), Project Departure will be a funny, thought-provoking series set in a fictional solar system world where everyone wants to go to space, but nobody knows quite how to get there.
Project Departure will follow a cast of characters known as Bearkles as they make their mark on history and pursue not only flight, but moving off of their little planet and inhabiting other worlds. They will aim for the stars, mostly because it will be their greatest achievement, and because some of their neighbors are really, really annoying.
Bearkles are short, chubby, teddy-bear like creatures that come in a variety of colors and have a tendency to snack more than they think. But when it comes to getting to space, that's okay, because they're determined to get there one day.
The books will be approximately 40-80k words and feature full color illustrations (for the digital versions-paperback will be black and white) throughout. the finished books will be available in both digital and paperback formats through Amazon and in local Utah bookstores.

What Your Support Means
I want to create hilarious, engaging, and thought-provoking stories about space and why it's hard. With your support I can do just that. Starting an entirely new book series requires time, effort, and money. In order to provide books in a timely manner and with quality illustrations, I need help. My publisher, Glass Spider Publishing, is ready and waiting for my next book. But before I can sell a book, I need to write it. And as you might know, writing takes a while (and if you don't, take my word for it).
Your support will allow me to dedicate my time to writing quickly and efficiently without worrying about balancing my time between other work projects. A little bit can go a long way.
Initially I wanted to write stories set in the Kerbal Space Program universe (pun intended). But after much discussion and consideration, Take Two were not open to licensing the IP. Instead, I will be moving forward with a new and entirely original book world using all the humor and fun I intended for the Kerbal books, but in a way that is completely new and my own. If you like space, KSP, fiction, and, you know, laughing, then this is a project you absolutely must support.

About Me
I have been writing professionally since 2005 and have two novels available on Amazon. The sequel to End of the Past (Disparia Book 1) is written and ready to be edited and published.
After the release of the KSP expansion Making History, I put my writing to use and began making story-based missions in the builder, which I later released on the forums. Since then the missions have been featured on steam and seen some quality attention from streamers and fans alike. Using that success as inspiration, I have decided to create an entirely new comedy space-book series and provide a deeper dive into humorous space adventures than I could through KSP.

$2 of $300 per month
This goal will allow me to put focus on writing space novels nearly full-time. Once I reach this amount I will likely be able to produce at least one fully illustrated book a year.
1 of 3