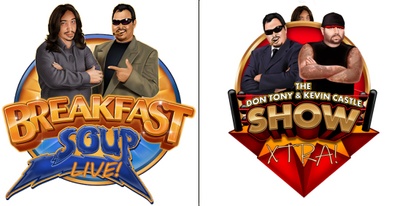 $2
per month
Sold Out
Fan of Monday's live DTKC Show? Always wanted to join our Patreon family but want just to sample some of our Patreon content first?


This tier is more like an 'appetizer' of what we do here. For your pledge of $2, you will receive:


For those who enjoy this tier but want to access other PATREON EXCLUSIVE CONTENT, consider upgrading to our $5 tier.

Includes Discord benefits
FULL ACCESS: EVERYTHING DTKC PATREON!
$5
per month
Join
Pledge $5 and you will receive:


Want more? Check out the VIP Tier ($10) below where you can interact & send in Questions & Comments for all our Patreon Exclusive Podcasts w/ DTKC & Mish, Q&A's, and more!

Includes Discord benefits
THE DTKC / MISH VIP ELITE CLUB!
$10
per month
Join
Pledge a generous $10 and become a VIP Member of DTKC Family! You will get EVERYTHING from our $5 Tier PLUS:

WHY SIGN UP TO DTKC PATREON?
Simply put? Our Patreon family is the glue that keeps DTKC alive and in business. Having one of the most popular and biggest fan base comes at a significant expense. Your contribution helps us cover the expense to run and host all our shows; both Patreon and non Patreon. Your commitment to our work allows us to bring DTKC and MISH to an even broader audience.

Before we discuss a little deeper into Don Tony and Kevin Castle, here's the burning question you're asking right about now. What do I get here exclusively here by joining our Patreon?

By become a part of our Patreon family, each month you will receive EVERYTHING BELOW:

We also offer VIP TIERS for those who are part of the content discussed on most of our Patreon shows. You can also be an ASSOCIATE PRODUCER or even a SPONSOR for our Non Patreon shows (DTKC Show, Wednesday Night Don-O-Mite and more!)

We thank you for your continued Patronage for what we do. Our Patreon family truly are the glue that keeps the DTKC Shows alive and continuing in 2020! 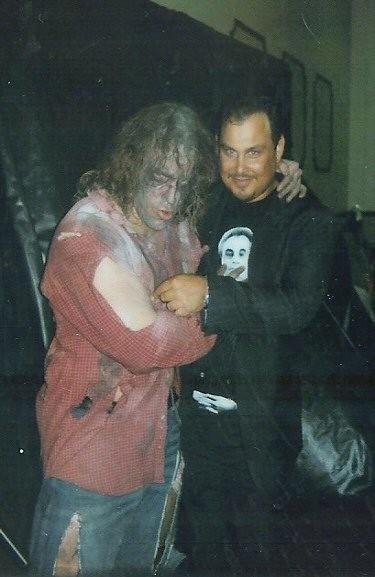 WHO ARE DON TONY and KEVIN CASTLE?
Don Tony: Italian, former Cugine and Guido, still enjoys Disco, Classic Freestyle, House, & Techno Dance Music. Resides in Howard Beach Queens NY, home of many infamous Capos and Buttons. Ventured into Indy Wrestling as a manager for a hot second. His all time favorite movie is Goodfellas, enjoys a nice glass of Red Wine with his Linguini Aglio e Olio, and has been Politically Incorrect way before being Politically Incorrect became cool again.

Since 1997, Anthony " Don Tony" DeBlasi turned a hobby running a wrestling hotline for thousands, into podcasts that now generate millions of downloads annually. DT's podcasts go back to as early as 2003 when podcasting was still in its infancy.

Kevin Castle: Italian, heavily tattooed, has worked in the Heavy Metal music industry for decades. Resides in Queens NY, and was brought up part of a Military family. He favors classic Horror & Slasher flicks, enjoys Yoo-Hoo, and considers himself Politically Independent.

So what do these two have in common? Well, actually not much other than they’ve been life long wrestling fans. And even that has them at opposite ends. Growing up, Don Tony favored WWF and ECW, while Kevin Castle favored Florida Championship Wrestling, World Class, and NWA. KC joined the podcasting world about ten years ago. 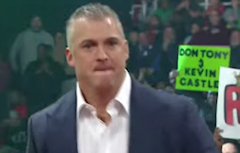 Despite tremendous change that has occurred in the world in recent years, Don Tony and Kevin Castle have adapted and persevered all the while entertaining hundreds of thousands of listeners with their deep insights, and witty "New Yawk" banter. 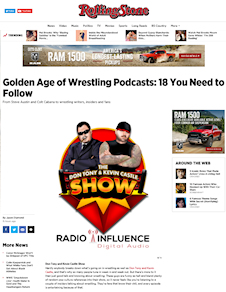 The ‘Don Tony And Kevin Castle Show’ is an extremely opinionated show that is very outspoken. And while it may be classified as a ‘Wrestling Show’, it is far more than that. Politics, Sports, News, and Pop Culture are often discussed and debated.

In the Summer of 2016, Rolling Stone Magazine ranked Don Tony and Kevin Castle one of top wrestling podcasts in the world alongside superstars such as 'The Steve Austin Show', 'Talk Is Jericho', 'The Taz Show', 'The Ross Report', and others! 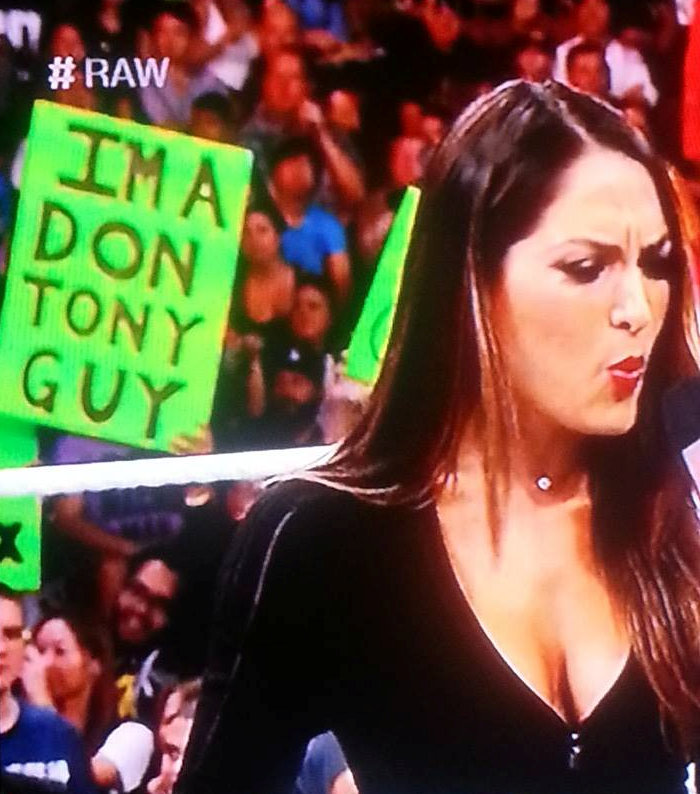 There is an active community of thousands worldwide that regularly stay up every Monday night after WWE RAW just to listen to the DTKC Show LIVE.  Whether just shooting the sh**, sharing a couple laughs, picking apart the week in pro wrestling and more, everyone gets together and enjoys themselves w/ DTKC leading the way. Don Tony And Kevin Castle is a global phenomenon with a dedicated audience that spans over 46 countries. 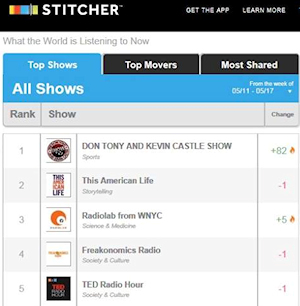 The DTKC Show is now experiencing it's biggest audiences ever. And once again, joining us as a member of our Patreon family will help us grow and take much of what we do to the next level. And in return for your contribution, we are happy to provide you Patreon exclusive podcasts featuring DT, KC, and Mish!

Make sure to check out our 'reward tiers' on the right for other great benefits including VIP status, exclsuive interracting with DTKC & MISH, and lots more! 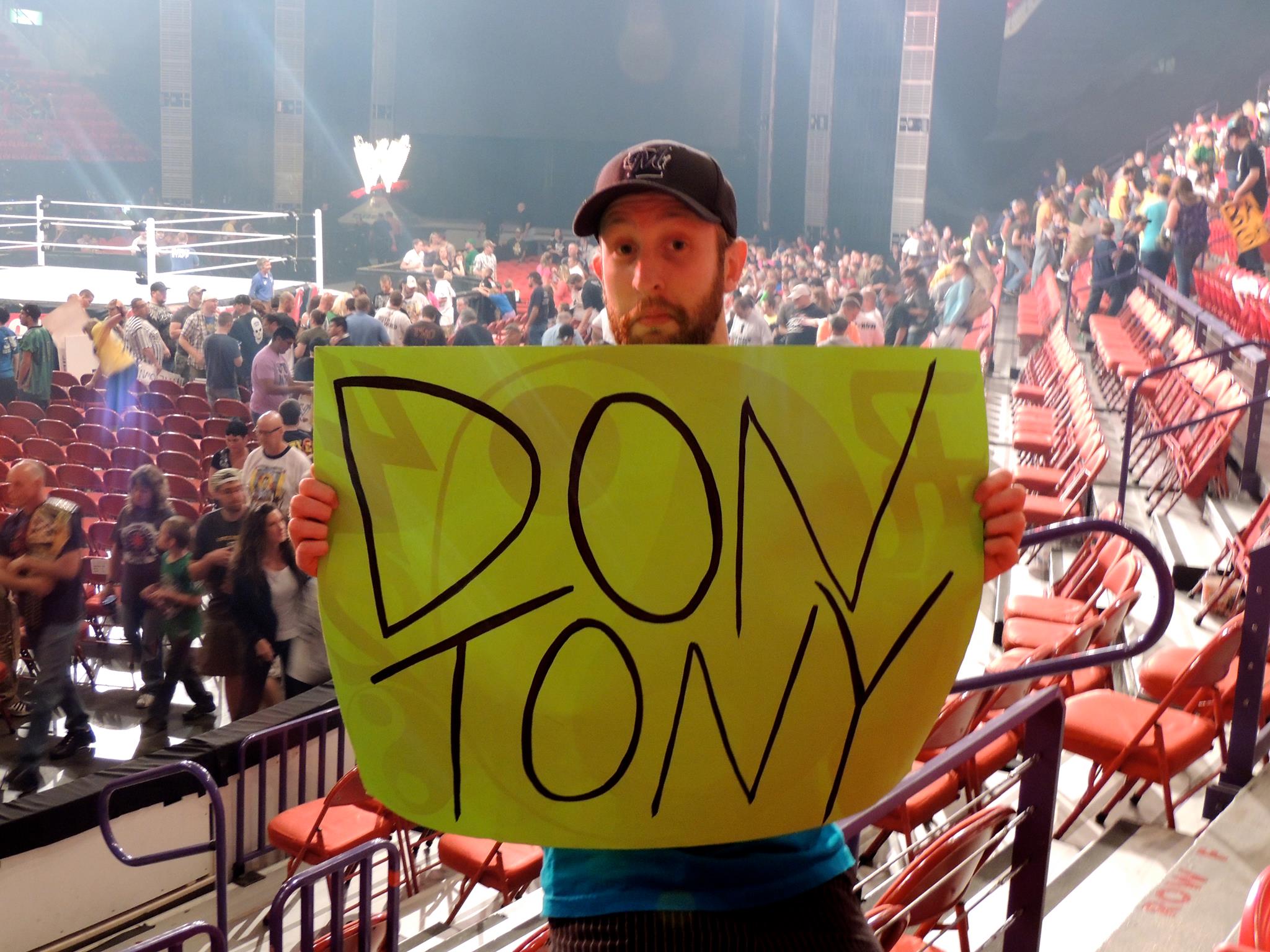 Our Patreon family is the lifeline of what we do. It allows DTKC Show and WEDNESDAY NIGHT DON-O-MITE to remain free for everyone. And once again, this will allow some of us to take what we do to a whole new level. Thanks for reading and your consideration in joining our Patreon.

All the best!
Don Tony

Some brief history. Ive been podcasting since 2005. And prior to '05, I hosted one of the most popular pro wrestling hotlines from 1999 to 2004. In 2000, I launched wrestling-news.com that is still going today. And during that span of over 17 years, the hotline, podcasts, and website were free for everyone.

The success of 'The Don Tony And Kevin Castle Show' and 'Breakfast With Blasi' has now come with an expensive price. When you go from a few hundred listeners in 2005 to hundreds of thousands today, expenses have increased substantially.

The expense of hosting and streaming the shows and site, servers & equipment, paying taxes (yes we have to pay IRS), insurance and more are quite high.

I had suggested going subscription based. Pay a few $$$ monthly for access to the shows. And despite giving everything for free for 17+ years, subscription based was met with overwhelming negativity. Many said that paying anything for the shows was out of bounds due to their personal expenses (Rent, food, utilities, insurance, car payment, family, etc). I totally respect that because I myself endure those very same bills. However many of those very same listeners felt it was OK for me to keep shelling out hundreds of dollars a month out of my own pocket despite having the same personal expenses as them. So after trying to avoid subscription based for everyone, or worse - canceling the shows, another option became available - Patreon.

Enter Patreon, and enter a very select group of supporters of our shows who really wanted to step up, give back, and contribute. That is why we launched this Patreon Page.

Now being here almost four months, I see that less than 1/2 of 1% of our listening audience have stepped up and joined our Patreon page. Your generosity and support here on Patreon is very special to us. It will never go ignored. And to show our appreciation to you, we have launched new content, podcasts and cool giveaways that are available EXCLUSIVE to you our Patreon family. Plus we will be hosting monthly 'call-in' shows. I am constantly thinking of ways to make this page and the exclusive content to you even bigger and better.

For those that are subscribing to the new Patreon Only shows, I hope you enjoy them as much as we have recording them. Each week a new episode airs. The current schedule is to have 'The Castle Chronicles' air new episodes every 1st and 3rd week of each month. 'The Idearbox' will air new episodes every 2nd and 4th week of each month. If you subscribe to the shows, you get access to every episode that has taped to date. In addition, by popular demand, we are posting exclusively here on Patreon, Retro Masked Maniac episodes as well as Retro Blackhearts Hotline reports that go back 15+ years.  And we'll continue monthly giveaways for our entire Patron family to win some cool stuff.

Whether its $1, $5, $10 etc, everyone's pledges help and is very much appreciated. Please, never feel embarassed if you can only contribute a $1 or $2. You'd be surprised how far that goes when many of our listeners do the same.

I am really excited to see how big we can make our Patreon family grow.

CHECK OUT THE REWARD CATEGORIES ON THE RIGHT AND SIGN UP NOW!!!