DrunkNescafe is creating content you must be 18+ to view. Are you 18 years of age or older?

-Vote for different outcome of the story.

Welcome to my Patreon page. I’m a Games Developer on Patreon. I am creating an Adult game using unreal game engine.
I will only work on one game at a time. So there will not be any goals for comics, and/or other games before my main game is finished.

Why Are I’m on patreon.
Since I’m not an English native speaker, my game may contain a lot of grammar errors unfortunately. Your support lets he hire people to help me with the creation of the games. (Proofreader, programmer,mapper and voice actress)

You are in control of the female protagonist “Suzie” that live in the fictional land Protva.

All images are in 1920x1080. The main story has been changed some to give more events and the feeling of poverty. (Back story)

Time system. The game has a 24-hour where stats will decree every hour (Hunger, energy and Hygiene) some event will only trigger different part of the day.

Stats, there is many stats in New paths. Hunger, Energy, Hygiene. That need to monitor. The player need to sleep, eat and shower to have this stats on a positive side.

Weather. There are in total 8 different weather effect in games that changed randomly every 6 hours in game.


Backstory/ Controversy
I try to be as transparent and open with that I’m working on and how I’m working. Around July 2017 I hit rock button developing “New paths” Since I spend more time fixing bug generated by rpg maker then making content/event. I changed game engine from rpg maker mv to unreal. I hired an unreal programmer to help me develop the game. And to make a long story short I switch back to RPG maker MV. (more information can be read here) When I’m now working on a rework of the Original story.

I had a public vote of what I should be working on and the rpg maker version got most votes.

I’m I glad that I switch engine? Yes, I’m glad that I tried to change engine and the learning experience. And its something I have gotten out of my system as I now focus on the rpg maker mv version.

Will There be a changed that I switch engine again? No, since I have found the biggest error in the old version and have a stable version of the game. There will not be a changed for that. 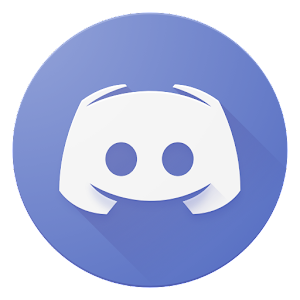 Discord server This is not a server with different tier of support. Its just a please to talk and discourses the game. Everyone is welcome